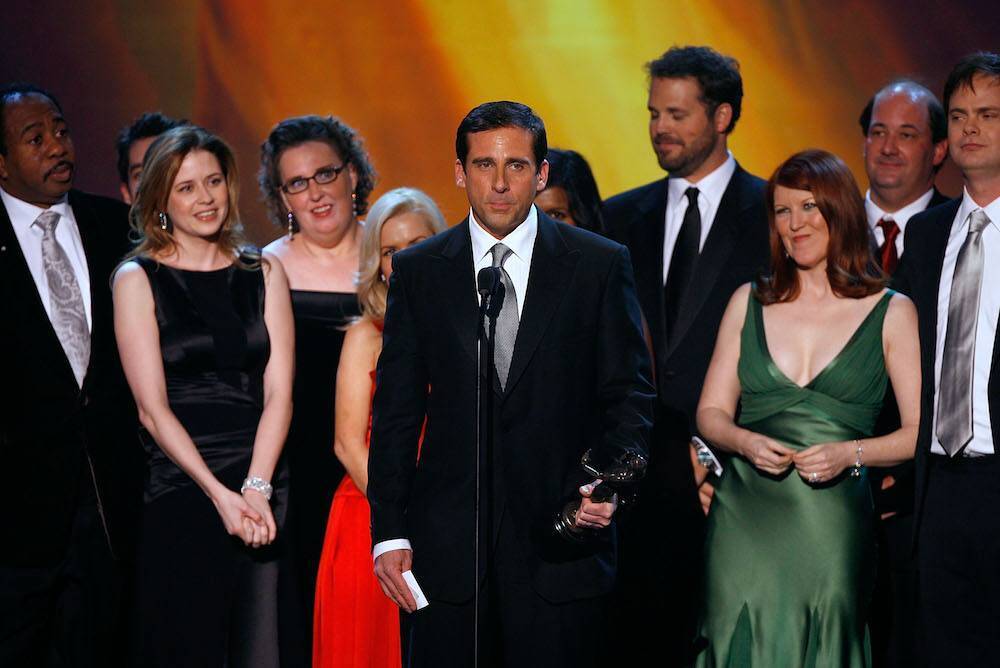 Actor Steve Carell successful well known comedic  for his work on TV series such as ‘The Daily Show with Jon Stewart’ and ‘The Office,’ and in films like ‘The 40 Year-Old Virgin’ and ‘Foxcatcher.’
[spacer height=”20px”]

Who Is Steve Carell?

Born on August 16, 1962, in Concord, Massachusetts, Steve Carell started to make television and movie appearances in the early 1990s. He earned more recognition on The Dana Carvey Show and in 1999 he joined The Daily Show with Jon Stewart. In 2005, he got his breakthrough role as the comical boss in the sitcom The Office and also had major box-office success as Andy Stitzer in The 40 Year-Old Virgin. In more recent years, he has kept busy with a range of film roles.

In 2014, he had an Oscar-nominated turn in the film Foxcatcher portraying John du Pont, followed by roles in Minions, Freeheld, The Big Short and Battle of the Sexes, earning Golden Globe nominations for the latter two.

Actor and comedian Steven John Carell was born on August 16, 1962, in Concord, Massachusetts. Carell was the youngest of Edwin and Harriet Carell’s four sons. Steve’s father, whose family traces its roots back to Italy, changed his last name from Caroselli before Steve’s birth.

As a student, Carell attended The Fenn School, a private school for boys in Concord, Massachusetts, and then Middlesex School before heading out to Ohio to attend Denison University. Carell initially had his sights set on a legal career, taking classes as a pre-law student. He spent his off-time doing sketch comedy, becoming a member of the country’s oldest collegiate improv group, Burpee’s Seedy Theatrical Company.

“I was actually filling out my law school applications,” Carell later recalled. “And I got to the essay question, which was, ‘Why do you want to be an attorney?’ And I couldn’t answer it. I really didn’t know. And I went in and talked to my parents and they asked me, like, ‘What do you enjoy doing?’ ‘What have you always liked to do?’ And I said, ‘Well, I’ve always liked to act. I mean, it’s always been fun.’ And they’re the ones who said, ‘Well, then do it.'”

What that meant, however, was anything but instant stardom. Carell, who graduated from Denison in 1984, patched together a living, eventually making his way out to Chicago. By 1991, he’d put together a strong enough resume to become a cast member of the well-regarded Second City comedy troupe. His career there would span almost a decade, as Carell performed with and taught for the troupe.

While in Second City, Carell’s work and life took dramatic leaps forward. He started to make television and movie appearances, including a minor role in the 1991 John Hughes film Curly Sue. He also started to gain more name recognition as a writer and performer on The Dana Carvey Show.

Carell was also experiencing success in his romantic life; while teaching a course at Second City, he met student Nancy Walls, a comedy writer and actress. The two began dating and were married in 1995.

In 1999, Carell and Walls moved to New York City along with another Second City alumnus, Stephen Colbert, to join the cast of the The Daily Show with Jon Stewart, Comedy Central’s fake news program. Over the next five years, Carell, who played one of the show’s correspondents, filed some of the series’ more memorable field reports. He interviewed political heavyweights like Arizona senator and presidential hopeful John McCain as well as lesser-known, eccentric newsmakers.

Carell’s deadpan humor and penchant for placing himself in absurd situations was perfect for the program and its growing audience. “The best [interviews] were when we were taking the piss out of someone who deserved it—anyone intolerant or racist,” Carell later told Esquire. “Those people were fair game. I always had a bad taste in my mouth when we had to go out and make fun of someone who was just eccentric or crazy through no fault of their own. It was just shooting fish in a barrel. So I always tried to make myself the butt of the jokes, to act the idiot, which probably wasn’t too much of a stretch.”
[spacer height=”20px”]

In 2005, Carell moved to network television for a starring role in the new NBC sitcom The Office. The show, based on a BBC comedy of the same name, cast Carell in the role of Michael Scott, a mid-level sales manager for a paper supply company in Scranton, Pennsylvania.

In an age when networks were struggling to find hits, The Office proved to be one of television’s more successful comedies. But just as Carell was beginning to enjoy popularity for his small screen efforts, he began looking to take on more ambitious projects. This meant tackling films such as the 2003 comedy Bruce Almighty, starring Jim Carrey, and its 2007 sequel Evan Almighty, with Carell taking the lead. He delivered another funny supporting performance as Uncle Arthur in Bewitched (2005), starring Will Ferrell and Nicole Kidman. That same year, Carell headlined the comedy of the summer—The 40 Year-Old Virgin, a film he also co-wrote that grossed more than $177 million worldwide.
[spacer height=”20px”]

Turning to serious, disturbing drama, Carell portrayed murderer John du Pont (sometimes spelled “DuPont”) in the film Foxcatcher (2014). Carell’s role, for which the actor earned Oscar, Golden Globe and SAG nominations, shows the DuPont Co. heir’s relationship with Olympic wrestler brothers Mark and David Schultz—played by Channing Tatum and Mark Ruffalo, respectively—before the tragic murder of David at the hands of du Pont in 1996. The film was next in line for director Bennett Miller after he helmed the Oscar-nominated Moneyball (2011).

Following a turn in the animated spinoff Minions, Carell appeared in two more projects during fall 2015. Freeheld saw Carell play a gay rights activist helping a lesbian couple denied their pension, while The Big Short featured the actor as a volatile hedge fund manager who gets involved in disrupting the delinquent home loan market. The Big Short was nominated for four Golden Globes, including a nod for best picture, musical or comedy, with Carell earning a nomination for lead actor, along with Christian Bale.

In January 2016, Carrel and his wife launched Angie Tribeca, a police-themed comedy series on TBS starring Rashida Jones in the title role. The following year, he made waves alongside Emma Stone in Battle of the Sexes, about the infamous 1973 tennis match between Bobby Riggs and Billy Jean King. Carell and Stone both earned Golden Globe nominations for their performances.
[spacer height=”20px”]

Steve Carell Salary and Net Worth