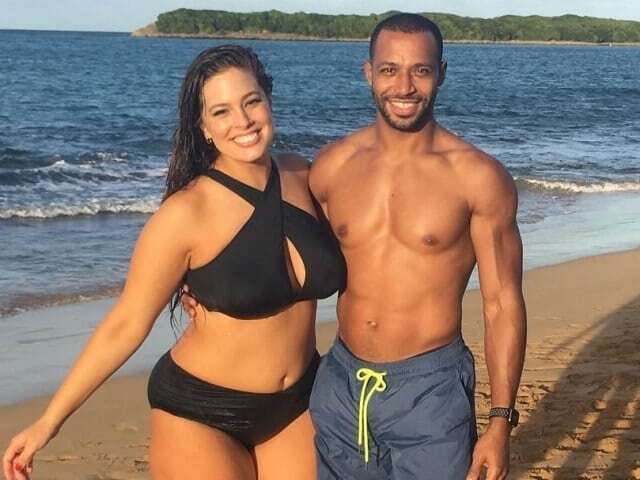 Who is Ashley Graham?

Graham was born on October 30, 1987. She was born in Nebraska, US. She is the daughter of Linda Graham. Her father name is still unknown. She spent most of her childhood in Lincoln Nebraska. Graham has a sister named Abigail Graham.

Graham completed her school in 2002 from Scott Middle school. She joined Lincoln Southwest High School in 2002.

Graham was identified by I&I agency in 2000. After attending a model convention, she signed a deal in 2001 with Wilhelmina Models. She worked with Ford Models in 2003.

Vogue Magazine’s Sally Singer profiled her in April 2007. She appeared in the Glamour of October 2009. The issue was “These Bodies are Beautiful at Every Size.”

She appeared in the Bust magazine editorial in December 2010. In 2011, Graham was in the several campaigns of Levi’s. She has also done modeling for the Marina Rinaldi Campaign.

In New York, she was featured on the Billboards for Lane Bryant in December 2012.

Graham appeared as a coach for the aspiring plus-size model on MTV. She has designed lingerie line for the Addition Elle.

She was a model in the international Harper’s Bazaar issue pre-fall collection and beauty editorial in May 2014.  Graham modeled in an advertisement for Swimsuit issue in 2015.

She is the judge of VH1 program America’s Next Top Model.  She wrote a book in 2017 named“A New Model: What confidence, beauty, and power really look like”.

Justin Ervin (a cinematographer & award winning director, he owns Element Films Inc, ) & Ashley met each other during a humanitarian event at the Church in 2009, they dated for a while before tying the knot. While dating they went to rollerblading, biking together. They did karaoke together and liked walking in the evening together.

They got married in 2010. She says they abstained from having sex until their marriage, because of her previous extreme indulgences she wanted this particular relationship to be special.

Graham is the first plus-size model to appear in the Sports Illustrated Swimsuit Issue. She is the Full Figure Model of the Year of 2012.

Ashley Graham: Net Worth and Salary

There are rumors that Graham has been losing weight constantly. And there are some rumors as well saying she is cheating on her husband. And Ashley’s family didn’t accept Justin as her husband at first.

This confidence is not something that happens overnight. I have been working on it for a long time.

I look in the mirror and do affirmations: ‘You are bold. You are brilliant.

You are beautiful.’ If my lower pooch is really popping out that day, I look at it and say, ‘Pooch, you are cute

‘Sexy’ is a state of mind, and it can come in all shapes and sizes. It is different for every person.

‘Sexy’ is a state of mind, and it can come in all shapes and sizes. It is different for every person.