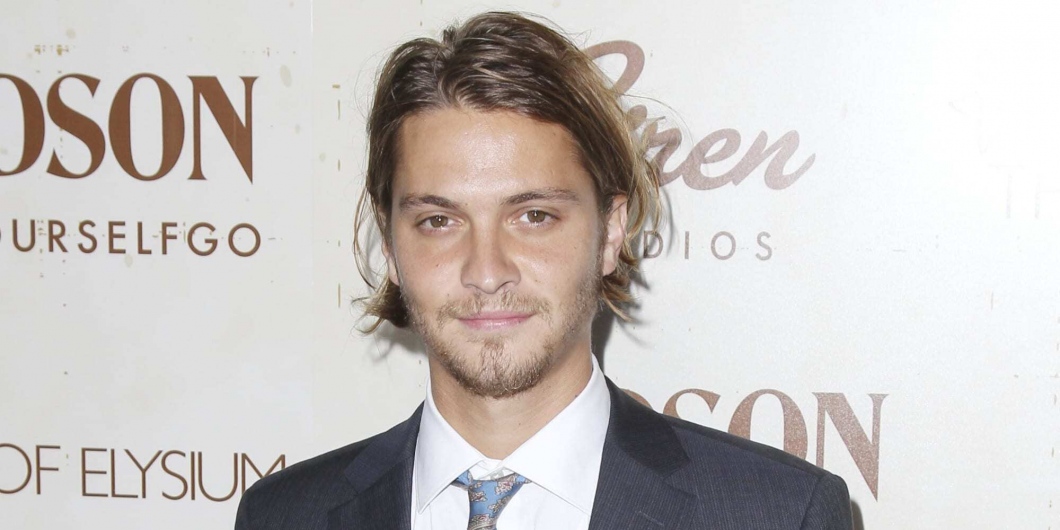 Luke Grimes is an american born actor and celebrity, he was born on January 21, 1984. His most recognised appearances for his roles in the acclaimed film American Sniper and the Fifty Shades film franchise.

Perhaps inspired by his strong religious background, Luke Grimes can be counted among the few movie stars with almost zero record of controversy. The very attractive American actor has managed to avoid getting roped in any career-damning issues and has even maintained a stable love life.

There are more than a handful of facts that are not known about the life and career of the Hollywood hunk. Read on and learn how this son of a pastor grew up to become a screen sensation.

After having three children, Angie Barker and her husband Rev. Randy Grimes welcomed Luke as their fourth and last child on January 21, 1984. At birth, he was named Luke Timothy Grimes. He is an American in terms of nationality but a search for his ethnicity took us through an interesting mix of English, Scots-Irish, German, Scottish, Welsh, and Swiss-German.

Luke Grimes was Born in Dayton, Ohio, it doesn’t come as a surprise that he is a Dayton Christian High School alumnus. He finished his high school education in 2002. Apparently, at this time of his life, it was crystal clear to Luke Grimes what career path he wanted to follow. This saw him enroll for acting classes at the American Academy of Dramatic Arts after his relocation to New York City.

All the Boys Love Mandy Lane became a pacesetter for greater roles for Grimes who officially debuted as an actor in 2006. The next year, he starred in War Eagle, Arkansas, and in 2008, he played Marlon Piazza in Assassination of a High School President.

Also notable in his film cache is the 2010 television film, Outlaw Country, where he appeared alongside Haley Bennett and Mary Steenburgen. Though the pilot aired on August 23, 2012, the film got canceled as a television movie. The same year, Luke Grimes picked up a role in box office darling, Taken 2.

Grimes played a short part in American Sniper (2014) as his character (a Navy SEAL) was killed during a patrol to maintain peace. One of his highly-acclaimed works to date is the film Fifty Shades of Grey (2015), as well as its remarkable sequels – Fifty Shades Darker (2017) and Fifty Shades Freed(2018).

Not limited to films, the actor has also extended his talent to TV shows like Brothers & Sisters where his character (Ryan Lafferty) gradually moved from being a guest role to a regular. In 2013, he gave life to the character of James in True Blood where he was seen in the sixth season in six episodes. He joined the cast of Yellowstone in 2018 as Kayce Dutton.

As earlier stated, Luke Grimes is a member of a Christian home. His father is Randy Grimes, a pastor, while his mother, identified as Angie Barker, does not have any known occupation. Angie and Randy have four children together. Aside from the fact that Luke is the youngest among them, almost nothing is known about them, not even their names.

Despite his good looks which may suggest he has been in many romantic escapades, Luke Grimes has not been making the headlines for his love interests like most of his counterparts. While he is yet to commit to anyone in matrimony, Grimes is currently having a blissful relationship with the 90210actress, Gillian Zinser.

Their love story started in November 2011 and it has been from one happy moment to another. For now, they are still enjoying the perks of being an unmarried couple and they seem to be doing a good job at it. Watch this space for all the deets when the wedding bells ring for the lovely couple.

One of the advantages of having great body features as an entertainer is that you get a lot of the much-needed attention. Luke Grimes, at a towering height of 6 feet, may not be the giant in Hollywood but he does stand out, coupled with the fact that his abs are in check. He has brown hair and eyes of the same color to accentuate his hunky appearance.