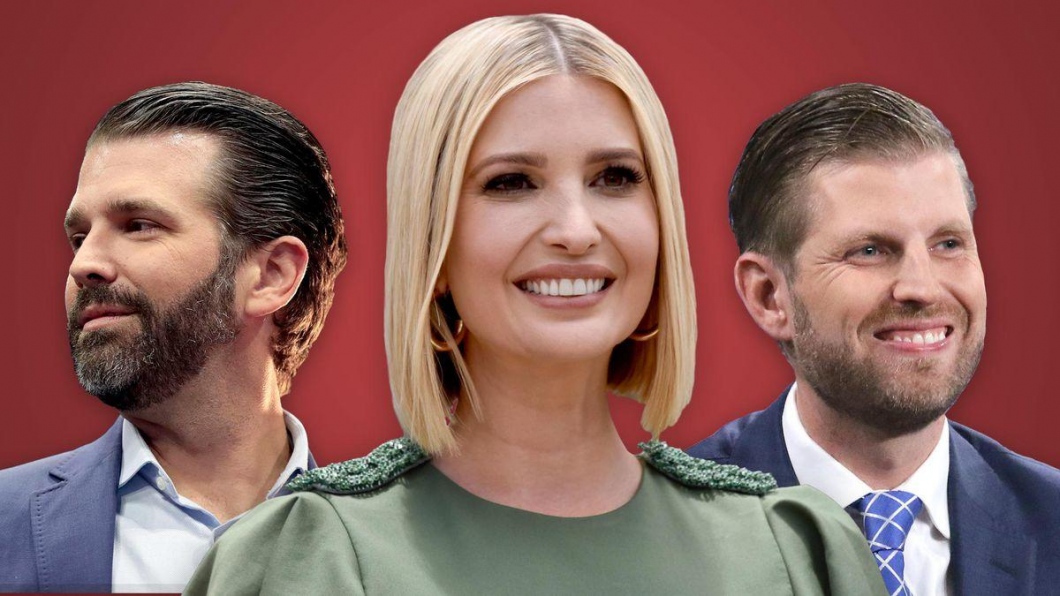 Who is Ivanka Trump?

Ivanka Trump is a successful business woman, former reality TV personality, and She has also established herself as a successful author and fashion model. She is the daughter of U.S. Presiden Donald Trump. Ivanka is the Executive Vice President of her father’s company – The Trump Organization.

Ivanka Marie Trump was born on October 30, 1981, in Manhattan, New York City, United States. She is the daughter of the current President of the United States Donald John Trump and former Czech-American model Ivana Marie. She is an American by nationality and of German, Scottish, and Czech ethnicity.

Her parents divorced in 1991 when she was ten years old. She has two brothers, Donald Jr. and Eric; a half-sister, Tiffany; and a half-brother, Barron. She attended the Chapin School in Manhattan until she was 15. Shortly, she transferred to Choate Rosemary Hall in Wallingford, Connecticut. After graduating from Choate, she attended Georgetown University for two years. After that, she transferred to the Wharton Business School at the University of Pennsylvania and graduated with a bachelor’s degree in economics in 2004. She hosted the Miss Teen USA Pageant in 1997.

Ivanka is the step-daughter of Melania Trump.

Ivanka Trump’s personal life is as successful as her professional career. She is a married woman since 2009. She is married to her longtime boyfriend, Jared Kushner, Senior Advisor to President Trump.  The couple began dating each other back in 2005. The couple broke up in 2008 due to the objections of Kushner’s parents but they got back together and married in a Jewish ceremony on October 25, 2009.

They together have three children: daughter Arabella Rose Kushner and sons Joseph Frederick Kushner and Theodore James Kushner. They have been together for over a decade now and their relationship is still going fine.

Ivanka Trump’s career, and net worth

Trump began her career as a model in the mid-1970s. Her first cover was a 1997 issue of Seventeen. Since then, she has walked fashion runways for Versace, Marc Bouwer, and Thierry Mugler. She has done advertisement campaigns for Tommy Hilfiger and Sassoon Jeans and was featured on the cover of Stuff in 2006 and 2007. She has been featured on the covers of Forbes, Golf Magazine, Avenue, Elle Mexico and Top Choice Magazine. She was placed number 83 on the 2007 Maxim Hot 100.

Ivanka made her TV debut on her father’s television program The Apprentice 5, in 2006. Her first book, The Trump Card: Playing to Win in Work and Life, was published in October 2009.

Ivanka began her business career working for Forest City Enterprises in 2004. She joined her family business in 2005. In 2007 she formed a partnership with a diamond vendor, Dynamic Diamond Corp to create Ivanka Trump Fine Jewelry retail store in Manhattan.

In November 2011, Trump’s retail flagship moved from Madison Avenue to 109 Mercer Street. She is currently Executive Vice President of Development & Acquisitions at the Trump Organization. She has her own line of fashion items, including clothes, handbags, shoes, and accessories. She has been a very successful person in her career and she has accumulated a net worth of 300 million dollars.

There is no rumor of her current love affairs. Rumors are that Ivanka Trump‘s fashion brand has been dropped from stores with a furious response from her father, President Donald Trump. Her clothing and jewelry line is now more difficult to find on many retailers’ and websites. She has a clothing factory in Indonesia where she ill-pays her staff. The working conditions are also poor at her factory site and she is said to be exploiting her workers.

Ivanka Trump stands 5 feet 11 inches tall and has a body weight of 64 kg. Her other body measurements are 38-26-36. Her hairs are blonde colored and her eyes are light brown in color but she is known to be using colored contact lenses.

On Tuesday morning, Ivanka Trump had confirmed that she was closing her clothing and fashion line. The firm called IT Collection used to sell apparels and accessories such as handbags, perfume, and heeled sandals. The employees would be laid off. Ivanka had faced a number of boycotts and had a growing frustration over work conflict of interests.

She feels that her hectic schedule as an adviser to her father President Donald spared her with little time to look into the working of her business. Ivanka Trump stated:

“After 17 months in Washington,I do not know when or if I will ever return to the business. but I do know that my focus for the foreseeable future will be the work I am doing here in Washington.”

The closure of the business was for certain since it was running into a loss after Nordstrom and other big retailers had ceased selling the brand citing a poor performance on the part of the fashion line. The heat was too much for Ivanka Trump to handle and she was forced to shutter down.

.@WhiteHouse National Council for the American Worker together w/ the private sector is working to equip students + workers w/ skills they need to succeed in the jobs being created across our Country & ensure America’s workforce remains the BEST in the world #WorkforceDevelopment pic.twitter.com/1IWisxiFxp

Ivanka Trump’s identification with the brand

IT Collection was Ivanka Trump’s personal brand. She seemed to have been an ideal and a paragon for the modern working woman. She seemed to represent a woman who by her sheer determination could gain everything. She used to put up pictures on her Instagram where she could be seen in beautiful and elegant evening wears ready to go for a night out.

One of her 3 children would be seen hanging around her in their night pajamas.

Ivanka Trump’s Twitter page also identifies her as a ‘wife, mother, sister, daughter and also an adviser of POTUS’.

The fashion brand was launched in the year 2014. At the same time, she also commenced on a hashtag campaign #WomanWhoWork. It dealt with content that would inspire and empower women to create the multidimensional life that they want to live. She also released a book called Women Who Work: Rewriting the Rules for Success in 2017.

This book detailed her experience as a working woman. She wrote that when she started her business and engaged the ad agencies from New York to refine her brand’s message, she was cautioned not to overdo the language around working due to association with professionalism and a bit of tedium.

The controversies of Ivanka Trump

Ivanka had tried to sell her brand through her position as an adviser to her father. After her father won the election, she appeared on 60 Minutes flaunting a gold-and-diamond bangle worth $10800 and the next day her marketing department used this to publicize the bracelet. Later they apologized for it. Soon, her company was embroiled in ethical issues. There was a campaign which kicked off #GrabYourWallet which asked people to boycott all retailers who stock the Trump family’s goods.

Nordstrom was particularly targeted and it soon began to not accept Ivanka’s products. President tried to come to his daughter’s rescue but failed. They urged viewers of Fox News to buy the products but this also did not help. She handed over the reign of the business to Abigail Klem (President of her brand) but used to receive a share of the profits and financial information.

Ivanka Trump has probably paid the price for her loyalty to her dad!

Ivanka Trump is active over the social media. He has a huge number of followers on social networking sites such as Facebook, Twitter as well as Instagram. He has more than 5.69M followers on Twitter.