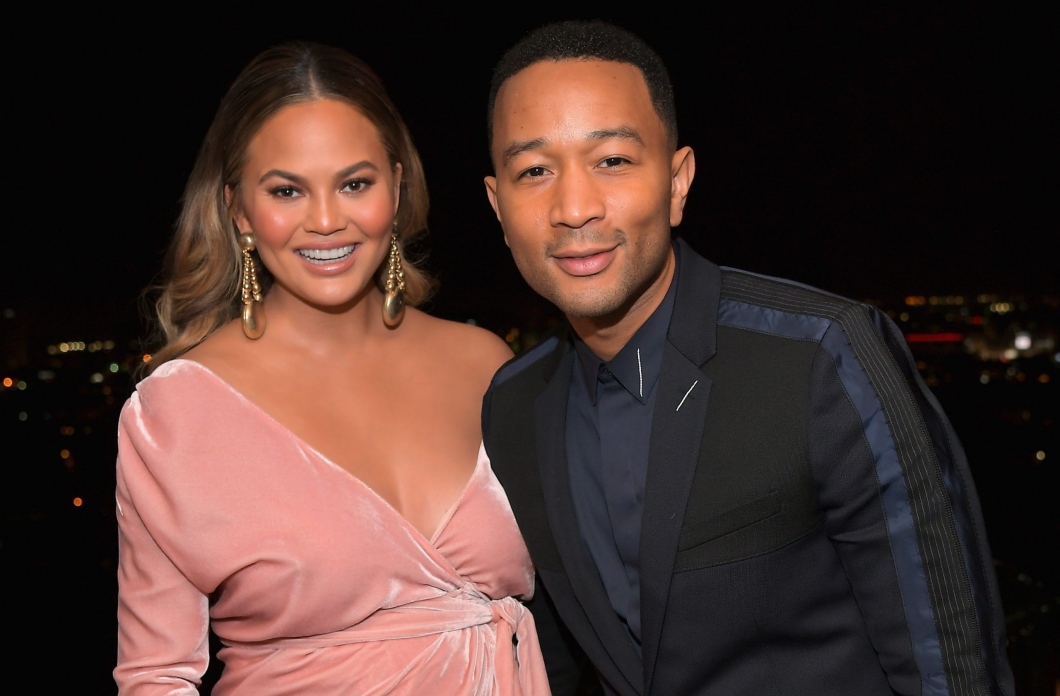 Who is Chrissy Teigen?

Chrissy Teigen is an American born model. Tv Show Aspirant and personality. She appeared in the Sports Illustrated swimsuit issue in 2010 and was named Rookie of the Year. She is the wife of famous American singer John Legend.

Chrissy was born on November 30, 1985, in Delta, Utah, United States. Her birth name is Christine Teigen. She is the daughter of Ron Teigen Sr. and Vilailuck Teigen. Her father is of Norwegian descent and her mother is Thai. Chrissy is an American by nationality and she is of Norwegian, German, and Thai ethnicity.

Her father worked as an electrician and her family moved often due to her fathers’ job. After living in Hawaii, Idaho, and Snohomish, Washington, her family settled in Huntington Beach, California, when Teigen was a teenager. She was discovered by a photographer while working in a surf shop.

Chrissy Teigen is a married woman since a long time. She is married to the famous American singer-songwriter John Legend. The couple first met on the set of his 2007 music video for “Stereo”. They got married on September 14, 2013. Their marriage ceremony was held in Como, Italy. The song “All of Me” was dedicated to her.

The couple had their first daughter, Luna Simone Stephenson April 14, 2016. Teigen and John have been married for over three years now and their relationship is still going very well. The couple is very passionate about each other and they are living a happy life together.

Since then, she has modeled for several brands, magazines, and commercials. She has also served as a recurring guest host and contributor on E!, TMZ, MTV, FUSE/MSG, and Extra. She has also appeared on America’s Next Top Model and Watch What Happens Live.

my entire life I have ragged on my laugh. then I get to do the most incredibly fun show where I laugh all day every day. I am proud of my laugh now. thank you, you amazing show!!! I am the luckiest person alive. https://t.co/6fJgM9dPAK

She hosted the 2015 Billboard Music Awards and also appeared as a color commentator on the show Lip Sync Battle. She has accumulated a net worth of 2 million dollars but her salary is unknown.

There were rumors that her singer husband, John is allegedly cheating on her. But she shut the rumors by stating that their marriage is going well. She has been in a controversy when she shared a Picture of Her Butt Rash with Her Doctor.

In a series of tweets the President attacked both John Legend and Chrissy Teigen for not giving him credit over supporting criminal justice reform.

Calling John “boring”, Mr Trump said he didn’t see the two of them “around when we needed help getting it passed”.

….musician @johnlegend, and his filthy mouthed wife, are talking now about how great it is – but I didn’t see them around when we needed help getting it passed. “Anchor”@LesterHoltNBC doesn’t even bring up the subject of President Trump or the Republicans when talking about….

Chrissy’s response was turned into a swear word-filled hashtag which has been trending worldwide.

It’s the latest episode in the long-running feud – with President Trump having previously blocked Chrissy on Twitter.

When all of the people pushing so hard for Criminal Justice Reform were unable to come even close to getting it done, they came to me as a group and asked for my help. I got it done with a group of Senators & others who would never have gone for it. Obama couldn’t come close….

…..the importance or passage of Criminal Justice Reform. They only talk about the minor players, or people that had nothing to do with it…And the people that so desperately sought my help when everyone else had failed, all they talk about now is Impeaching President Trump!

Chrissy happily responded by saying this:

But after her response starting trending, both John and Chrissy urged their fans to not tweet it.

And Chrissy called it her “fight” with the President.

Moving towards her body measurements, she has an hourglass body shape with breast size 35, waist size 25 and hips size 35 inches. She has a height of 5 feet and 8 inches (1.73m) and her body weight is 58 kg. Her body measurement is 37-25-34 inches and wears a bra size of 32C. Her dress size is 4 and her shoe size is 9. She has light brown hair color and her eyes are dark brown.

I love green juices – the ones that include lots of actual greens and don’t include too much apple. Because those are just meant to be yummy, and we all know things that are too yummy aren’t the best for us, unfortunately.