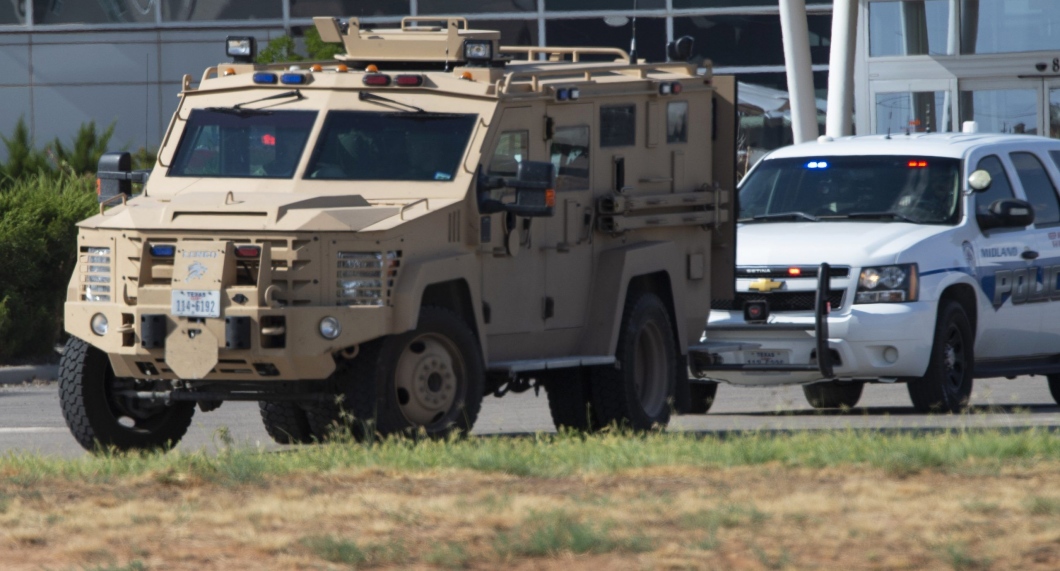 The deadly Texas shooting in Midland-Odessa, was related to a traffic stop that triggered a shooting rampage.

The gunman, who was shot and killed by police, was described as a white male in his 30s. Authorities have not yet released his name.

This shooting marks the second time in less than a month that Texas has been impacted by mass gun violence. Exactly four weeks ago, 22 people were killed and 24 more were injured when a man opened fire in an El Paso Walmart.

According to the Gun Violence Archive, a non-profit that tracks such incidents, there have been 280 mass shootings in 2019, where at least four people were injured or killed excluding the perpetrators.

Texas Gov. Greg Abbott said he will travel to Odessa on Sunday, and called the attack “cowardly.” He offered his support to the victims, their families and the people in the Midland-Odessa area.

“I thank the first responders who have acted swiftly and admirably under pressure, and I want to remind all Texans that we will not allow the Lone Star State to be overrun by hatred and violence,” Abbott said in a statement. “We will unite, as Texans always do, to respond to this tragedy.”

Here’s what we know so far about what happened Saturday in Midland-Odessa.

The incident began Saturday afternoon when Texas Department of Public Safety officers attempted to make a traffic stop, according to a statement on the DPS Facebook page. The suspect, who was driving a gold car, “pointed a rifle toward the rear window of his car and fired several shots toward the DPS patrol unit,” according to the DPS post.

One of the two troopers was shot but is in stable condition.

The suspect fled the scene and continued shooting innocent people, according to DPS.

This led to a chase, but it remains unclear where most of the other shootings took place or when the shooter changed cars and got into a USPS truck.

Civilian video broadcast by local TV station CBS7 showed a white USPS van, allegedly hijacked by the suspect at some point in his rampage, crashing into a series of police cars set up to block his progress. The van stops, and officers quickly approach the van with guns drawn.

Where are the victims?

At least five people are dead and 21 are injured, according to Odessa Police Chief Michael Gerke. Three officers are among the injured, including one Midland police officer, one Odessa police officer and one Texas Department of Public Safety officer.

Thirteen of the victims were taken to Medical Center Hospital in Odessa according to hospital CEO Russell Tippin.

Seven victims are in critical condition, two are in serious condition, and one person has died, Tippin said. Two people were treated and released.

It was unclear if the victim who died was among the five dead that Gerke reported.

A 17-month-old baby girl initially taken to Medical Center Hospital was transported to UMC Health System in Lubbock, Texas, about 140 miles away. The hospital confirmed the child was in “satisfactory” condition Saturday night.

Where is Odessa-Midland, Texas?

Midland and Odessa, with a combined population of more than 200,000, is one of the nation’s top oil and natural gas centers. Its situated on the West Texas plains between El Paso and Dallas.

Was there one gunman or two?

Online and police reports from earlier in the day reported that two shooters were traveling in two separate vehicles: One in a small Toyota truck and the other in a USPS postal van, but this information proved incorrect.

Authorities now believe there was only one gunman, and that he was shot and killed by police.

“Once this individual was taken out of the picture, there have been no more victims,” Gerke said.

CBS7 twice had its news anchors clear the set as police officers came through the mall with guns drawn. Later, the anchors said they had to leave the mall entirely, but they continued broadcasting via wireless microphones.

“For the safety of the public and law enforcement please stay away from the area and stay in your homes,” the Midland Police Department said on Twitter.