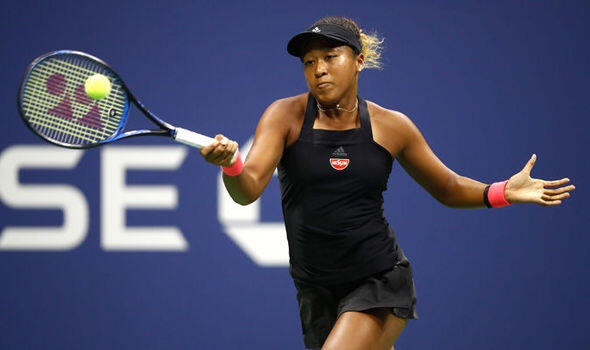 Who is Naomi Osaka?

Naomi Osaka have become the dominant figures in the game of tennis. There are so many of them that have made giant strides in the game; thus finding their way to superstardom. The Women’s Tennis Association has been uniting women from all races across the world and raising stars such as Naomi Osaka. Naomi is a Japanese-American professional tennis player currently ranked 19th in the women’s singles and 324th in world’s women doubles.

Starting her career in 2013, Osaka has participated in various tournaments including the Australian Open, French Open, Wimbledon, and the US Open. Although she has not held any world championship title; Naomi Osaka has competed against big names in the sports like Maria Sharapova, Serena Williams, Simona Halep, and Angelique Kerber, just to mention a few. Learn more about the fast-rising tennis star below.

Naomi Osaka is a mix Japanese born women’s tennis star, she was born in Osaka Japan on October 16, 1997. She was born to a Haitian father and a Japanese mother. She grew up with her older sister Mari Osaka.

When Osaka was three years old, her family moved to the United States where she completed her basic education.

Naomi attended Elmont Alden Terrace Primary School and after her graduation; she enrolled at Broward Virtual Middle High School. At the completion of her basic education, Naomi went to Florida Tennis SBT Academy as well as ProWorld Tennis Academy. She is of Japanese-Haitian ethnicity and holds a dual citizenship of Japan and America.

At the inception of her professional tennis career, her father opted she should register with the Japanese Tennis Association. Naomi Osaka began her career journey in 2012 when she participated in the ITF Circuit competitions. She turned pro in 2013 and further made her first professional appearance at the WTA’s Bank of the West Classic Tour in 2014. She recorded her first professional win against the US Open Champion Samantha Stosur.

In 2015, Naomi won the Rising Stars Invitational exhibition tournament; thus beating Carolina Garcia to win the tournament. She made her grand slam debut during the Australian Open; nevertheless, she lost out in the third round to Victoria Azarenka. In the same year, she also reached the third round in the French Open. After her triumph over Jelena Ostapenko and Mirjana Lucic-Baroni, she was defeated by Simona Halep.

The amazing tennis prodigy got her breakthrough at the 2016 Toray Pan Pacific Open where she beat Elina Svitolina, Misaki Doi, Aliaksandra Sasnovich, and Dominika Cibulkova to reach the finals of the competition. Unfortunately, she lost to Caroline Wozniacki. After the competition, Naomi entered the Top 50 WTA rankings. She also won the newcomer of the year award during the 2016 WTA Awards.

In 2017, she participated in the Australian Open winning her first-round game and losing to Johanna Konta in the second round of the tournament. She also lost out in the second round of the Dubai Tennis Championship to Christina McHale.  She triumphed over Venus Williams at the Hong Kong Open in October 2017 but was beaten in the quarterfinal by Anastasia Pavlyuchenkova. In the same year, Naomi also took part in the Eastbourne International Tournament, Nottingham Open, Miami Open, and Volvo Car Open, among others.

Additionally, Naomi clinched her first Premier Mandatory title in 2018 after her impressive performance at the BNP Paribas Open. She defeated world No 1 Simona Halep to advance to the final; thus beating Russian’s Daria Kasatkina to with the premier mandatory title.

She also reached her first grand slam quarter-final after beating Aryna Sabalenka. Naomi Osaka will face Lesia Tsurenko in the next round of the tournament. Meanwhile, she reached the third round of the Australian Open, Wimbledon, and French Open in the same.

Like we aforementioned, Naomi Osaka was born to Haitian father Leonard Francois and a Japanese mother Tamaki Osaka. Her father was born and raised in Haiti; he moved to the United States where he attended New York University. Upon graduation, he went to Japan where he met and married Naomi’s mother. Three years after Naomi was born, her family relocated to the United States and they currently reside in Florida.

Naomi has an older sister named Mari Osaka. Apparently, the two sisters are both professional tennis players. Mari made her first professional appearance at the WTA 2014 Bank of the West Classic Tour. Although she lost in the doubles, she paired with Marina Shamayko.

She is a three-time runner-up in three singles finals, first in Amelia Island tour in 2012 and subsequently, Goyang, South Korea tour and Denain, France tour in 2017. Interestingly, the two sisters have played together in doubles tennis. While Naomi currently ranks 19th in the WTA Women Singles, Mari, on the other hand, ranks 289 as of 2018.

She has an estimated net worth of $8 million dollars and earns up to $2 million dollars annually. Osaka shot to fame when she defeated the legendary Serena Williams at the US Open finals 2018 and followed by another Grand Slam title at Australian Open 2019.