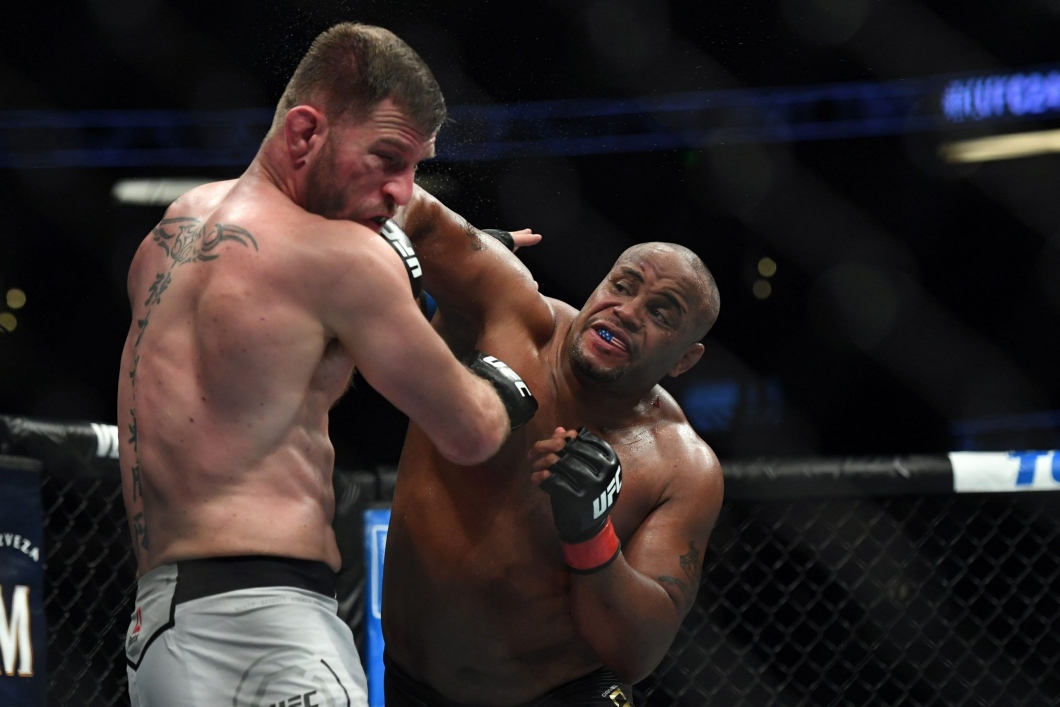 The only man to successfully defend the UFC heavyweight championship three consecutive times will have a chance to do it again.

Stipe Miocic won a grueling battle against Daniel Cormier at UFC 241 on Saturday night to regain the title he lost to Cormier last year. Miocic (19-3 MMA, 13-3 UFC) used a big flurry to finish Cormier (22-2 MMA, 11-2 UFC) in the fourth round of the main event at Honda Center. The time of the TKO stoppage was 4:09.

“I just saw some weakness in that third round, then in the fourth round I caught him with that right hand,” Miocic said. “Thank God, because that (expletive) is tough.”

Cormier made a statement in the opening round as he shot for a single. Miocic did his best to sprawl, but Cormier picked up Miocic and carried him around before depositing him to the mat for a slam. From there, Cormier spent much of the round in top control, and while Miocic did a reasonable job of tying him up from the bottom, Cormier did manage to land enough to secure the round.

The second, though, turned into an absolute brutal affair, as the duo traded full-force punches for 5 minutes. Neither competitor seemed much concerned about defense, as Miocic landed his biggest shots at range, while Cormier landed wicked shots when he closed the distance.

The pace slowed a bit in the third. Miocic looked the fresher of the two as he landed more often than Cormier, and also scored his first takedown of the fight. Cormier, to be sure, landed enough shots to keep Miocic honest, but it was clear he was starting to fade.

By the fourth, the tide had clearly turned in Miocic’s favor. He picked up the pace and added body shots to which Cormier seemed to have no answer. The finish came when a big pair of right hands rocked Cormier back to the fence, and Miocic opened up on the slumping Cormier until referee Herb Dean waved the fight off.

With his 15th career KO/TKO victory, Miocic now has won seven of his past eight fights.

Cormier, who had a seven-fight win streak snapped, lost at heavyweight for the first time in his career.

The fighter, who had scored a first-round knockout at UFC 226 to win the belt, hinted at a possible retirement in his post-fight interview without committing either way.

“You don’t make decision based in emotions, but this is a tough pill to swallow,” Cormier said. “At 40 years old, you know, with so many other opportunities, I need to speak to my wife, and we need to make an education decision as to what we want to do.”