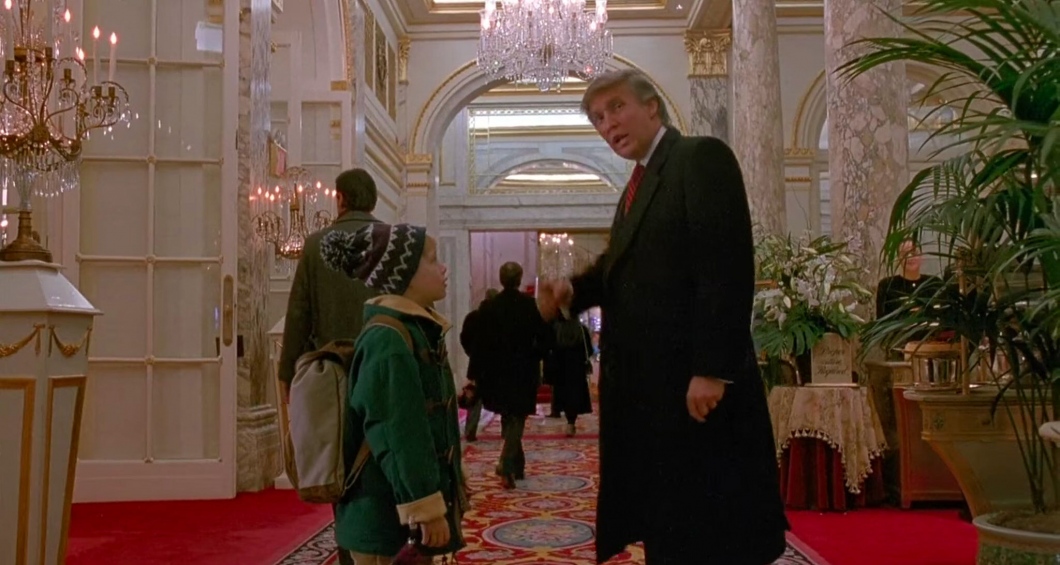 In its broadcast of the film Home Alone 2: Lost throughout New York, Canadian Broadcasting Corporation has cut a cameo scene featuring an appearance by Donald Trump.

“Excuse me, where’s the lobby?” asks the Home Alone 2 character Kevin McCallister in the film.

“Down the hall and to the left,” responds Donald Trump.

Watch the cameo scene below:

Eventually, social media started to buzz, with users posting about how they found that President Trump was absent from the movie version that was actually broadcasting on CBC.

“@CBC Cutting Trump from Home Alone 2 is disgusting & your pathetic,” tweeted one user.

Several users also pointed out that CBC is state-funded, and suggested that the broadcasting company be defunded.

You guys are the biggest bush league ‘journalists’ of all time,” tweeted one user. “Editing out Trump’s cameo in Home Alone 2. What kind of state-sponsored bullshit it that? #Defund”

CBC TV in Canada has cut Donald Trump’s Home Alone 2 cameo out of their broadcast.

They’re so triggered by him that they had to edit him out of the film.

Several Twitter users were happy to see CBC remove the U.S. president from the movie.

Nonetheless, CBC indicated that they would delete the particular scene so that commercials would have time.

“As is often the case with television-adapted content, Home Alone 2 has been edited to accommodate the format for commercial time, ” said CBC, according to ComicBook.com.

“Here’s where that explanation fails to pass the smell test,” notes PJ Media. “Donald Trump formally announced his campaign in June 2015. The first time the CBC’s cutting of Trump’s cameo appearance was acknowledged on Twitter was around Christmas that year.”