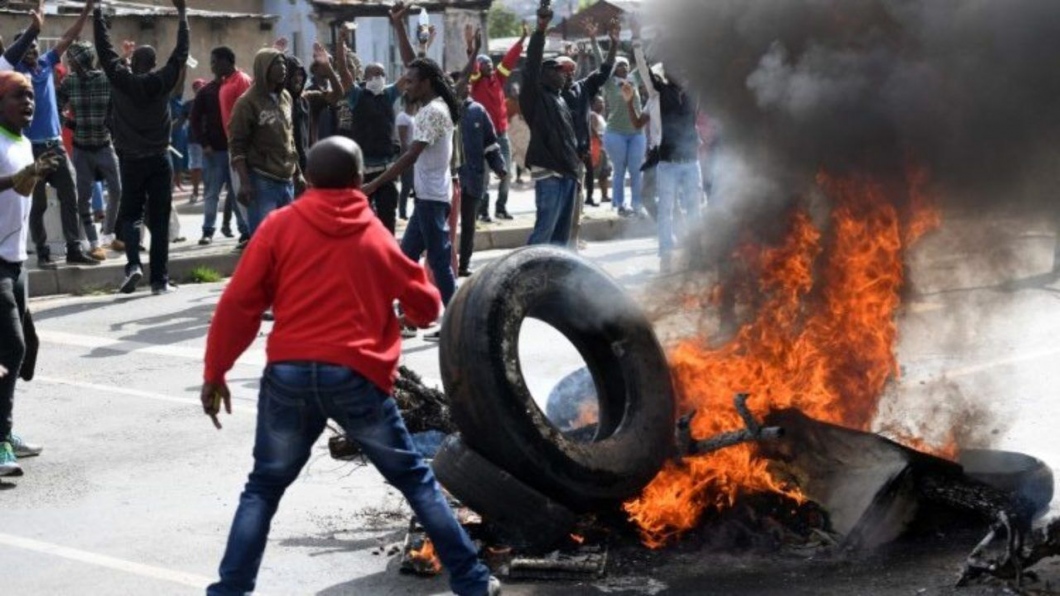 Xenophobia Attacks has giving Rioters the opportunity to loot shops and businesses and set fire to cars and buildings in the latest outbreak of violence against African immigrants in and around Johannesburg, South Africa’s largest city. The police said five people were killed and at least 189 arrested.

President Cyril Ramaphosa condemned the violence on Tuesday, calling attacks on foreigners “totally unacceptable” and adding that xenophobia was “something that is completely against the ethos that we as South Africans espouse.”

The violence on Monday night appeared to target shops owned by foreigners, said the mayor of Johannesburg, Herman Mashaba, and follows a spate of similar riots this year that have been part of a larger trend of hostility toward outsiders.

There are no fewer than four million migrants in South Africa, a nation of more than 50 million. But attacks on foreign-owned shops have become regular occurrences that many have attributed to frustration with the country’s high unemployment rate, which sits at about 28 percent.

Somalis, Zimbabweans and Mozambicans have all been victims over the years. But the surge of attacks this week strained tensions in particular between South Africa and Nigeria, which represent the continent’s two largest economies and have long competed for regional influence.

Many Nigerians work in South Africa, but they are sometimes stereotyped as criminals and are often the target of attacks, including fatal ones. Many South African businesses operate in Nigeria, and on Tuesday angry Nigerians protested outside South African stores in Lagos.

Online, tens of thousands of people on the continent have spoken out against the riots using the hashtag #SayNoToXenophobia, sometimes asking why perpetrators were attacking their African “brothers and sisters.”

A recent report by the African Center for Migration & Society, which has monitored attacks on foreigners in South Africa since 1994, called xenophobic violence a “longstanding feature in post-apartheid South Africa.”

The riots this week, said Adekeye Adebajo, a Nigerian academic who leads the Institute for Pan-African Thought and Conversation at the University of Johannesburg, are partly the result of the economic frustration many poor South Africans have endured after apartheid.

“The resentment,” he said, “is: ‘We suffered all these years — now that we’re free, we’re not really benefiting from what we fought for.’”

Politicians, he added, have fanned the flames of what he called “Afrophobia.” Following the attacks this week, an activist group called Right2Now said a broad cross-section of officials had blamed immigrants for the country’s problems, leading to the attacks.

Tensions over intra-African immigration are not unique to South Africa, said Mr. Adebajo, and have flared in Zimbabwe, Angola and Nigeria over the years.

“What makes the South African case so gruesome,” he said, “is the violent way they attack foreigners.”

Video and still images from the riots showed streets covered in debris and burned tires, with people carrying refrigerators and vending machines out of shops. Law enforcement officers have responded with rubber bullets and tear gas.

In Johannesburg on Tuesday, Kaanan Philip, a Nigerian immigrant who owns a cellphone accessory shop, stood amid a pile of rubble. A mob had descended on his street on Monday, he said, torching his business, leaving plastic goods melted and the shop blackened and charred.

“We are merely trying to make an honest living,” he said. “We don’t deserve to be treated the way the South Africans have treated us.”

Remaining shops had closed for the day, and corrugated gray metal doors draped the streets of a usually buzzing Johannesburg.

Another resident, Sibongiseni Dlamini, sided with the rioters, saying they had legitimate concerns.

“We need to take our fight to the Nigerians because they are the ones who are destroying us,” he said.

He condemned the use of violence, though, and called on officials to more strictly regulate immigration.

The five deaths were confirmed by Col. Lungelo Dlamini, a spokesman for the police in Gauteng province, which includes Johannesburg. (He is unrelated to Sibongiseni.) Mr. Dlamini would not identify the victims or their nationalities.

In South Africa, some officials sought to portray the unrest as the work of criminals rather than people angered by perceived outsiders. The police minister, Bheki Cele, for example, said the violence was a result of “criminality rather than xenophobia,” and that criminals were using intolerance as an “excuse.”

South African shops are being vandalized also in parts of Zambia #SayNoToXenophobia pic.twitter.com/FrwVHEpWoP

The riots come weeks before an October visit by President Muhammadu Buhari of Nigeria to South Africa, where he is set to meet with Mr. Ramaphosa to discuss rising tensions, including violence against foreigners.

The two nations were once very close. Nigeria was so supportive of the anti-apartheid movement that it once imposed a “Mandela tax,” a mandatory deduction from civil servants’ salaries that went to help South Africans.