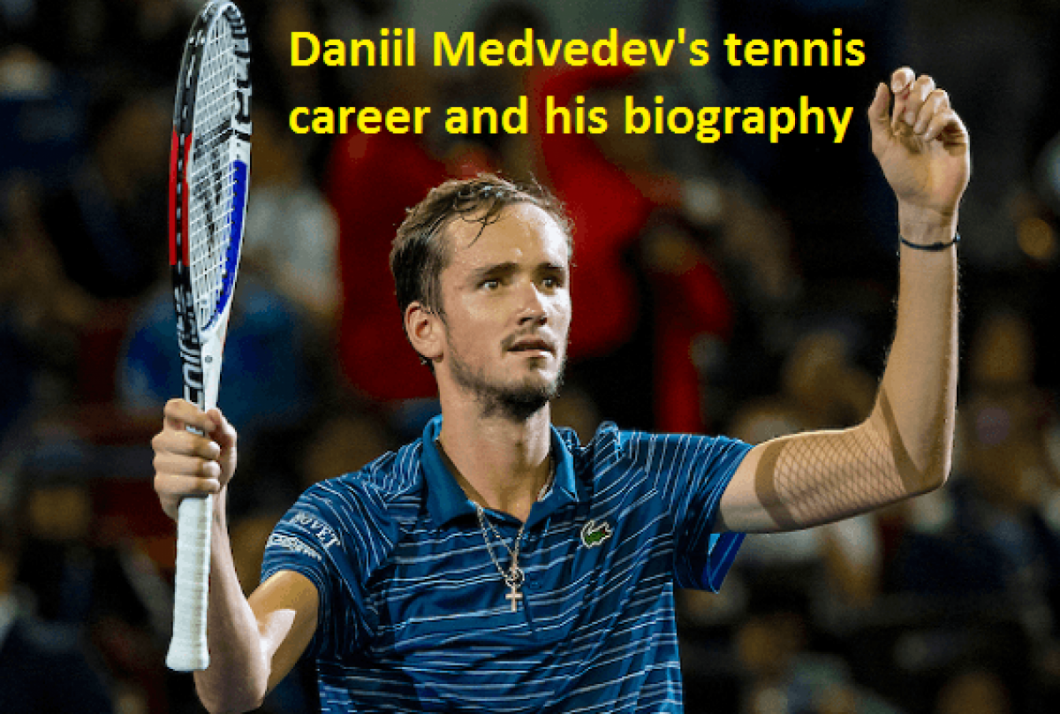 Who is Daniil Medvedev?

Medvedev was disqualified from the second round of the Savannah Challenger event (in Georgia, U.S.) for comments he made after the umpire ruled in favor of his opponent.

Medvedev thought he had won a break point against his opponent Donald Young’s serve, but chair umpire Sandy French ruled that his returning shot had gone out. Medvedev said Young and French, who are both African-Americans, were friends. He was disqualified mid-match for ‘question[ing] the impartiality of the umpire based on her race’.

In January 2017, Medvedev reached his first ATP singles final. In the final at the Chennai Open he lost to Roberto Bautista Agut in two sets. As a result, Medvedev jumped 34 positions from 99 to 65 in the ATP rankings, a new career-high.

In February, he continued his good form when advancing to the quarterfinals of both the Open Sud de France and the Open 13, losing to Jo-Wilfried Tsonga and Lucas Pouille respectively.

In June, he made it to the quarterfinals of the Rosmalen Grass Court Championships, defeating the 6th seed, Robin Haase and Thanasi Kokkinakis before losing to Ivo Karlović in straight sets. In the Aegon Championships, he advanced to his first ATP 500 quarterfinal by beating Nicolas Mahut and Thanasi Kokkinakis in the first 2 rounds, then he lost to the No. 6 seed Grigor Dimitrov in the quarterfinals. One week later, he kept up his good form on grass by advancing to the semifinal of Eastbourne International before losing to Novak Djokovic.

At Wimbledon he got his first Grand Slam victory by defeating 5th seed and world No. 3 Stan Wawrinka in the first round in four sets. This result was notable as it prevented Wawrinka from completing his career Grand Slam set (i.e. winning each of the four Grand Slam tournaments).

He subsequently lost in the next round to Ruben Bemelmans. Medvedev was handed three fines totalling $14,500 (£11,200) for his conduct during the match with Bemelmans; Medvedev was fined a total of $7,000 for insulting the umpire on two occasions and a further $7,500 for throwing coins under the umpire’s chair.

Daniil Medvedev started the 2018 season by qualifying for the Sydney International. He reached the final which he won against Alex de Minaur. The final was the youngest ATP Tour tournament final since 2007, when 20-year-old Rafael Nadal defeated 19-year-old Novak Djokovic in the final of Indian Wells. It also was the tournament’s youngest final since 1989.

Medvedev later reached the quarterfinals of the Rotterdam Open, losing to Andreas Seppi in three sets.

In August, Medvedev won his second ATP title at the 2018 Winston-Salem Open after defeating home favorite Steve Johnson in straight sets. After losing to Borna Ćorić in the third round of the US Open, Medvedev went on to win his first ATP 500 and third ATP title in Tokyo as a qualifier, overcoming Japanese star and No. 3 seeded Kei Nishikori 6–2, 6–4 in the final. This triumph brought him to a new career high ranking of No. 22 and made him the No. 1 player in Russia.

In October, he continued his good form, reaching the 2018 Kremlin Cup semifinal, losing to his countryman and eventual champion Karen Khachanov. One week later, he made the semifinals at the ATP 500 Swiss Indoors event, which he lost to Roger Federer. After the tournament, he achieved a new career high ranking of No. 16.

Medvedev finished 2018 with the most hard court match wins of any player on the ATP Tour (38 wins). He also had the most titles on hard court tournaments (3 titles), tying with Roger Federer, Novak Djokovic and Karen Khachanov.

Daniil Medvedev started the 2019 season strongly by reaching the final of the Brisbane International. He defeated three former top 5 players on the way to the final, Andy Murray, Milos Raonic and Jo-Wilfried Tsonga, where he lost to Kei Nishikori.

The following week, Medvedev lost in the semifinals of the ATP 500 tournament in Rotterdam against Gaël Monfils.

Medvedev entered the 2019 Monte-Carlo Masters having only won two of his first 13 career matches on clay courts. Despite this, Medvedev reached his first ever Masters 1000 quarterfinal at the tournament after defeating world number 8 Stefanos Tsitsipas in the third round.

In the quarterfinals, Medvedev earned his first triumph over a current world number 1 ranked player, when he defeated Djokovic in three sets. His run ended in the semifinals against Dušan Lajović in straight sets.

The following week at the Barcelona Open, Medvedev earned his third successive top 10 victory (this time over Nishikori) to reach his first ATP Tour final on clay. In the final, Medvedev was defeated by world number 5 Dominic Thiem in straight sets.

Following his victory over Nishikori, Daniil Medvedev experienced a five match losing streak, including an opening round defeat at the French Open. He returned to form on the grass courts of Queen’s Club, reaching his sixth semifinal of the season where he lost to Gilles Simon. Medvedev made his top 10 debut after reaching the third round of Wimbledon.

What an incredible night. So much respect for @DjokerNole! Excited about the final tomorrow 👍💪 @ATP_Tour @CincyTennis pic.twitter.com/AD6whCAPWO

Medvedev started the North American summer hard-court swing by reaching the final of the ATP 500 tournament in Washington, where he was defeated by Nick Kyrgios. He followed this up with a strong performance at the Rogers Cup, reaching his first Masters final after beating top 10 players Dominic Thiem and Karen Khachanov. In the final, he was defeated by defending champion and top seed Rafael Nadal.

Daniil Medvedev reached a second consecutive Masters final at the Cincinnati Masters after beating defending champion Djokovic for the second time. In the final, he defeated David Goffin in straight sets for his first Masters title.

Medvedev entered the US Open as world number 5 and one of the leading contenders to end the dominant streak of Djokovic, Nadal and Roger Federer at Grand Slam tournaments.In his second round Daniil Medvedev fought off cramping to defeat his opponent Hugo Dellien in four sets.

Daniil Medvedev then defeated Feliciano López in a contentious match for which Medvedev was fined $5,000 for unsportsmanlike conduct and $4,000 for a visible obscenity. He then recovered from a set and a break deficit to beat qualifier Dominik Köpfer and reach his first Major quarterfinal.

The victory also earned him a place in the ATP Finals.[26] He is the first Russian man to qualify for the Finals as a non-alternate player since 2009, when Nikolay Davydenko won the title.

Daniil Medvedev studied applied economics and commerce at the Moscow State Institute of International Relations, but he dropped out to focus on tennis. With his family he moved to Antibes, France, where he trains in the tennis academy.

Medvedev married his girlfriend in Moscow on 12 September 2018

Medvedev has spoken highly of his wife and credits her for making him a better player.

“She’s one of the most important members of my team,” he told a press conference in Washington last week.

“She gave me a lot of confidence. I always say that it’s the moment I made the proposal to her, that’s when I started to go up.