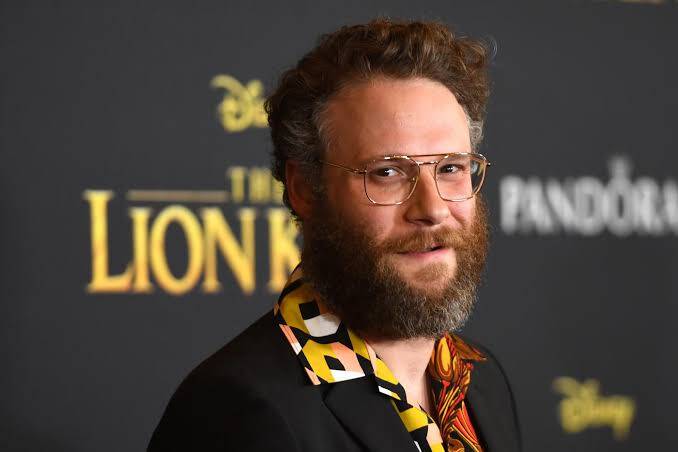 Who is Seth Rogen?

Seth Aaron Rogen known as Seth Rogen is a Canadian-American born actor, comedian, writer, producer, and director. He is known for his appearance in The Green Hornet, Superbad, Pineapple Express,  and This Is the End.

He was born on 15th April 1982 in Vancouver, British Columbia, Canada. He was born to Mark Rogen(father) and Sandy(mother). His father worked for non-profit organizations and as an assistant director of the Workmen’s Circle Jewish fraternal organization. Similarly, his mother is a social worker.

He has a sister named Danya Rogen. Likewise, he belongs to Canadian-American nationality and his ethnicity is Ashkenazi Jewish.

Seth Rogen is a married man. He has tied the knot with Lauren Miller. They started dating in 2004. They met while he was working on Da Ali G Show. Similarly, they engaged on 29th September 2010. And they married on 2nd October 2011 in Sonoma Country, California.

Talking about his career, he began his career performing stand-up comedy during his teenage years. He landed a supporting role in Judd Apatow’s series Freaks and Geeks. But after he moved to Los Angeles for his role Freaks and Geeks was officially canceled after one season due to low viewership.

Later, he got a part on sitcom Undeclared which also hired him as a writer. Similarly, after landing his job as a staff writer on the final season of Da Ali G Show, Apatow guided him toward a film career. After that, he made his first movie appearance in Donnie Darko with a minor role in the year 2001.

Similarly, Seth Rogen was cast in a supporting role and credited as a co-producer in Apatow’s directorial debut, The 40-Year-Old Virgin. After that, Universal Pictures subsequently cast him as the lead in Apatow’s films Knocked Up and Funny People.

He co-starred as Steve Wozniak in Universal’s Steve Jobs biopic in the year 2015. In the year 2016, he developed the AMC television series Preacher with his writing partner Evan Goldberg and Sam Catlin. Similarly, he also serves as a writer, executive producer, and director with Goldberg.

Likewise, he and Goldberg co-wrote the films Superbad, Pineapple Express, The Green Hornet and This Is the End. They directed both This Is the End and The Interview all of which Rogen starred in. Moreover, he has also done voice work for the films Horton Hears a Who, the Kung Fu Panda film series, and many others.

He has been nominated to many awards. Similarly, he has won High Times Stony Award for Stoner of the Year and ShoWest for Comedy Star of the Year.

The estimated net worth of Seth is around $55 million. He earned $6 million and $500k salary from Green Hornet and Knocked Up respectively. He has earned $8.4 million from The Green Hornet.

Seth Rogen has a height of 5 feet 11 inches and his weight is around 88 kg. Similarly, his hair color is light brown and he has brown color eyes.

I’m thrilled to be a part of this cast and to be in a picture with Beyoncé. #TheLionKing is coming! pic.twitter.com/jUuyQ6YtV7