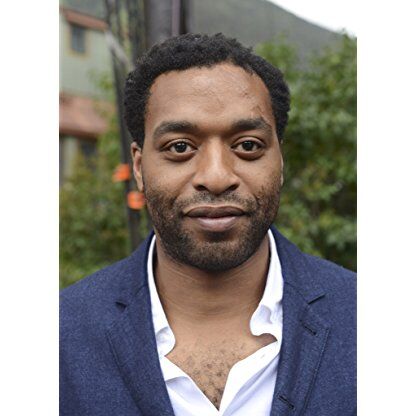 Who is Chiwetel Ejiofor?

Chiwetel Ejiofor is a Nigerian ethnic British actor from . He portrayed the role of Solomon Northup in the critically acclaimed movie ‘12 Years a Slave’. Additionally, he has appeared in several other movies and television series including ‘Dirty Pretty Things’, ‘Serenity’ and ‘ Doctor Strange’ among others.

Ejiofor was born in Forest Gate, London on July 10, 1977, to parents Arinze, a doctor and Obiajulu Ejiofor, a pharmacist. Additionally, he has a younger sister, Zain Asher who is a CNN correspondent. Chiwetel lost his father when he was 11 after the car that he and his father were traveling in got into an accident.

He became interested in the world of acting since his childhood years. He is of British nationality. Furthermore, he belongs to Igbo Nigerian ethnic background.

Chiwetel Ejiofor dated English actress Naomie Harris from 2000 to 2007. At present, he is in a relationship with Sari Mercer. The pair has been seen together in several award shows.

Some other movies and television series that Ejiofor has appeared in are ‘Mary Magdalene’, ‘Come Sunday’, ‘Triple 9’, ‘Secret in Their Eyes’, ‘The Martian’, ‘National Theatre Live: Everyman’, ‘Z for Zachariah’, ‘Half of a Yellow Sun’, ‘Phil Spector’, ‘Dancing on the Edge’, ‘The Shadow Line’, ‘Salt’, ‘2012’, ‘Redbelt’, ‘American Gangster’ and ‘Tsunami: The Aftermath’ among others. Additionally, he also has 3 credits for soundtracks, 3 credits as a director and three credits as a writer.

Some of the awards that he has won in his career include BAFTA Awards, AACTA International Awards, BET Awards, Black Film Critics Circle Awards and more. All in all, he has 53 wins and 75 nominations to his name as an actor.

Ejiofor has not revealed his current salary. However, he has an estimated net worth of around $ 12 million at present.

There was a rumor in 2012 that Ejiofor might be dating Kenyan actress Lupita Nyong’o. However, this has not been confirmed by any of them. Although not directly involved, he became part of a controversy after the movie that he appeared in ’12 Years a Slave’ attracted controversies along its way during the distribution of the movie in Italy. Furthermore, his role in ‘The Martian’ as an Indian character also attracted controversies.

Talking about his body measurement, Ejiofor has a height of 5 feet 10 inches or 178 cm. Additionally, he weighs around 72 kg. Furthermore, his hair color is black and eye color is dark brown.