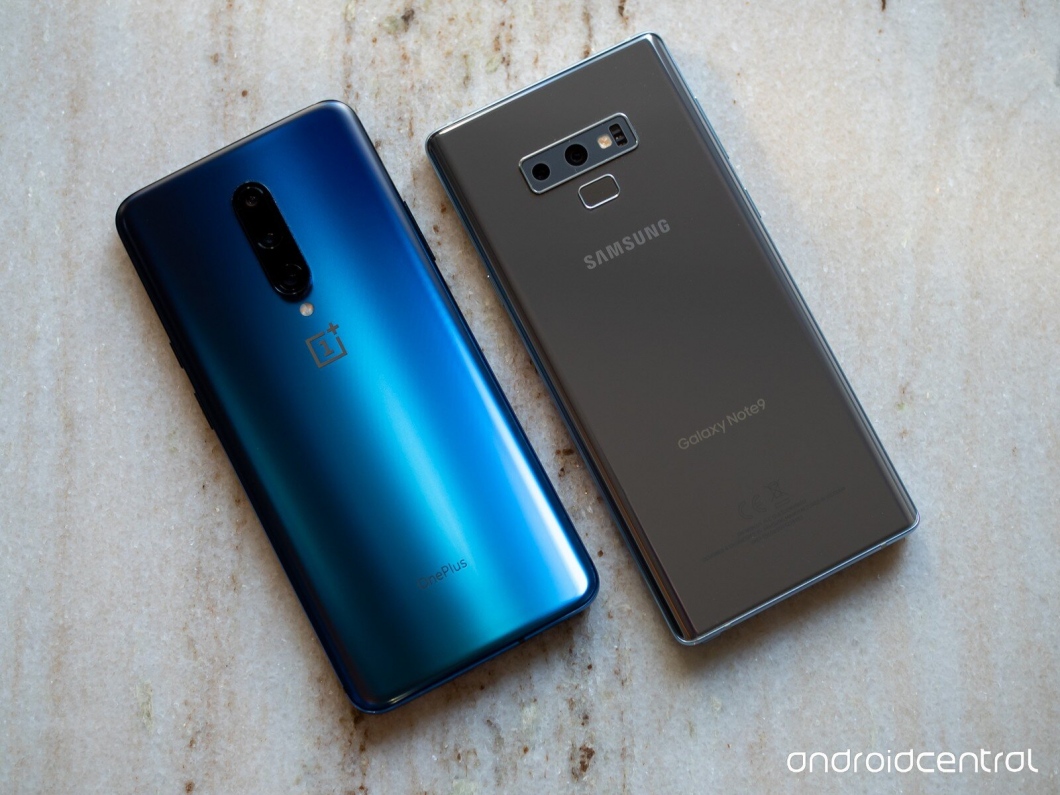 Two summers ago, Samsung had its Icarus moment with the Galaxy Note 7. That device combined the traditional strengths of the Note line — big screen, large battery, and handy stylus — with the slender proportions of a regular phone. But it also had a design flaw that led to its spontaneous combustion, which in turn triggered rushed recalls, a global apology tour, and a substantial hit to Samsung’s bottom line.

Singed by the memory of its hubristic excess of ambition, Samsung is returning to the Note series this year with a Galaxy Note 9 that appears to be the precise opposite: a phone so incremental in its upgrades as to scarcely merit the uptick in model number. And that’s a problem for Samsung.

Like the Galaxy S9 earlier this year, the Note 9 is set to reprise all the major features and design elements of its predecessor, the Note 8, with only peripheral changes. Plentiful leaks ahead of today’s event show a device that has the new dual-aperture camera of the S9, which is little more than a cool marketing gimmick.

The Note 9 looks like it’ll be Samsung’s first 512GB phone, which will be nice to have, but not an overriding reason to buy this phone (unless you have truly hardcore storage needs). And, lest we forget, one of the new Note models will have a bright yellow S Pen, and the stylus is getting a Bluetooth update for mysterious new functionality. Will any of that be enough to get you to look away from Huawei’s P20 Pro, Oppo’s Find X, or Apple’s iPhone X?

The situation that Samsung finds itself in today is quite peculiar. As a preeminent supplier of phone components and memory, the company benefits no matter who’s selling smartphones, and it continues to be the world’s most prolific phone maker. And yet, its run of record profits came to an abrupt end this year, ostensibly owing to slow Galaxy S9 sales. The reason for the Galaxy line’s slump in popularity is fairly obvious: people have rightly interpreted the 2018 iteration as Samsung essentially reissuing the Galaxy S8 in new garb.

”The moment that Samsung took its foot off the hardware innovation pedal, its buyers’ enthusiasm waned. What this says to me is that Samsung can’t get away with taking a year off the same way that Apple can with its “S” models of iPhones. Because Apple has its sticky software ecosystem and diversity of lock-in hardware accessories, most iPhone users are loyal to a fault.

Regular upgrade cycles, prominent promotion at carrier stores, you already know the tale of the iPhone’s perennial success. Samsung has earned many of the same advantages, especially in the US market, but what it lacks is Apple’s “choice of models, not supplier” scenario. If you don’t like the latest Samsung flagship, you can go to another Android vendor with ease.

The new Galaxy Note 9 is confronting a challenge even more severe than the Galaxy S9 because of a simple, often overlooked, reason: its price will be even higher. The Note 8 was Samsung’s most sincere push into $1,000 phone territory, and the most appealing 512GB variant of the Note 9 is sure to rise past that marker.

But the Note 8 was the first functional Galaxy Note for two years; it was Samsung’s redemption, and it marked another nice improvement in design. The Note 9 will have to do something surprising and exceptional on the software front to just match that level of appeal. Having the fingerprint sensor in the right spot won’t be enough by itself.

Samsung’s chronic shortage of genuine user loyalty is at the heart of the motivation behind the ill-fated Galaxy Note 7. Conscious that it had to constantly push hardware boundaries, Samsung went too far too quickly, and it suffered the consequences. But with the Note 9, it seems the company is overextending in the opposite direction, playing it safe in a year when everyone else in the Android world is maintaining the ecosystem’s typical breakneck pace of change and innovation.

It’s not that Samsung hasn’t tried to create reasons to own its phones beyond their technical superiority. Milk Music was one attempt, the Galaxy app store has been another, and the sad superfluous clown that is the Bixby digital assistant is yet another. The fact is that Samsung has simply failed.

The latest software effort could work, however, as Samsung is leaning on someone else’s hype: the Note 9 is expected to have a limited-time exclusive on Fortnite for Android. That may be the spur that some people need to hand Samsung a fresh handful of cash, but the effect won’t last long, certainly not long enough to bridge the gap until the 2019 Galaxy Note.

To a greater or lesser extent, Samsung’s 2018 can be seen as a gap year. Rumors and reports about the company’s folding-screen phones suggest the first of that kind could be launched as early as the first half of 2019. If Samsung is truly convinced that those devices are its future, the barely upgraded Galaxy S9 and Note 9 start to make some sense. In its push to perfect its next generation of devices, the company may be sacrificing some sales today, which it can hope to recover by once again being a tech leader in the near future.

Samsung knows that it’s hard to build brand loyalty on a foundation of derivative design. And it should also know by now that its ability to generate user affinity through software is mediocre at best. So the company’s solution could be a return to the Galaxy Note 7 way of thinking, an ultra-ambitious leap into the next stage of smartphone design, but that step isn’t going to happen today. The Galaxy Note 9 is most probably going to be a good but unexciting reiteration of Samsung’s existing strengths, with a flash of Fortnite flair thrown in.