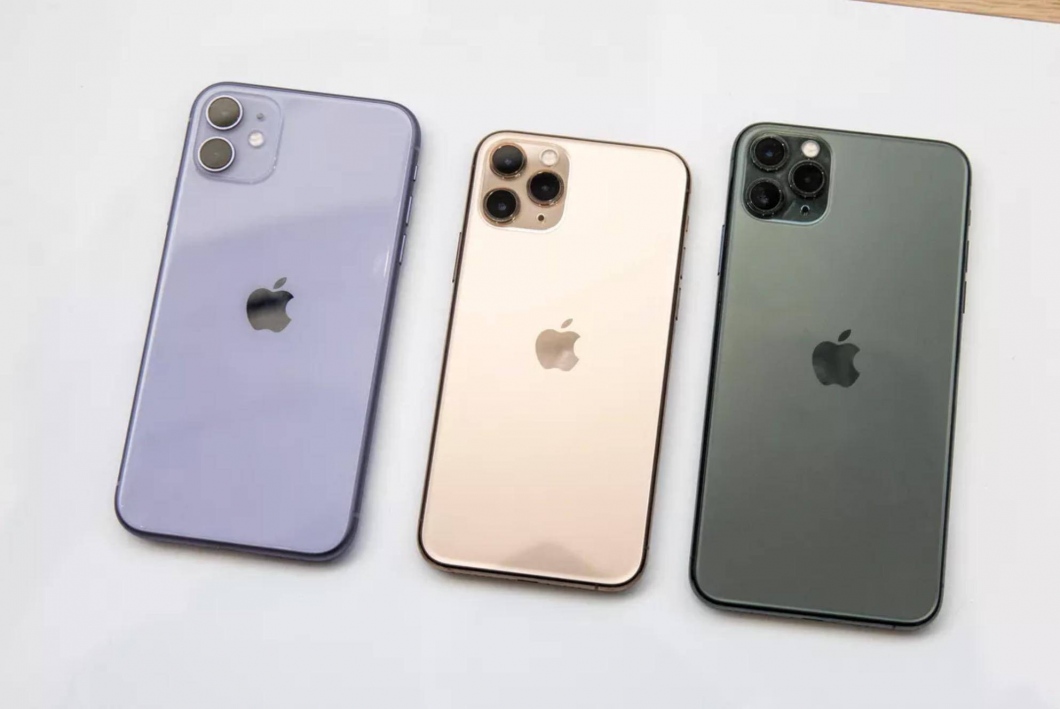 Apple CEO Tim Cook called the Pro models “the most powerful and most advanced iPhones we have ever built, with a stunning design.” And the company is asking customers to pay up for them.
The iPhone 11 Pro and and the iPhone 11 Pro Max will start at $999 and $1,099, respectively — the same as what Apple charged for the previous iPhone XS and iPhone XS Max.

Currently, only Apple and a handful of carriers have announced preorder details. So make sure to come back as we update our story with details from other carriers and retailers as we learn more about where you can buy the iPhone 11, iPhone 11 Pro and iPhone 11 Pro Max.

The Apple Store is offering a pretty aggressive trade-in credit if you swap your old iPhone for a new one. Currently, you can get from $100 for an iPhone 6s to $600 for an iPhone XS Max. (I personally used Apple’s trade-in program last year and got full credit for my iPhone 6s, which fetched me a $200 credit at the time. Your mileage may vary, but I didn’t even have to hand in the box or charging cable).

Verizon announced pricing for each of the three iPhone models, which you’ll be able to preorder from the carrier starting on Sept. 13.

Verizon also is already getting the jump on iPhone 11 deals. Buy the $699 phone when you switch your wireless service to Verizon, and you can up to $500 in credit spread out over 24 months when you trade-in your phone. You’re also eligible for a $200 prepaid card, so essentially the iPhone 11 will cost you nothing. You will need to sign up for one of Verizon’s unlimited plans, which start at $70 a month.

The iPhone XR is hanging around, at a reduced $599 price tag, and Verizon will give you a second XR for free when you buy last year’s iPhone on an installment plan and open up a new line of service with unlimited data.

New and existing Verizon customers can get $250 off a new iPad when they buy any iPhone and put both Apple devices on a device payment plan. That credits appears on your bill spread out over 24 months.

Verizon-owned Visible offers just one data plan: unlimited LTE data for $40/month. Even better, the carrier requires no money down when you buy a phone through its store.

Customers at Visible have two options. They can either buy their new iPhone via Apple and bring their phone over to Visible or they can purchase any of the new iPhone 11 models direct from Visible, which will start carrying the phones on Sept. 20.

T-Mobile has confirmed that all three  new iPhone models are coming to the Magenta network and to Metro by T-Mobile (the prepaid brand formerly known as MetroPCS). However, T-Mobile hasn’t revealed any prices or promos just yet. Currently, they’re advertising a BOGO sale on the iPhone XR, which we recommend you bypass until the carrier unveils its iPhone 11 specials.

Like T-Mobile, Xfinity Mobile has confirmed that it will offer Apple’s latest iPhones, but it hasn’t yet set a price for the iPhone 11, iPhone 11 Pro or iPhone 11 Pro Max. There’s also no word on any iPhone-related deals it plans to put together. But Xfinity customers will be able to pre-order the iPhone starting Friday, Sept. 13. Xfinity also plans to take pre-orders for the Apple Watch Series 5 on Sept. 20 and the newly announced 10.2-inch iPad in October in Xfinity’s brick-and-mortar stores.

Xfinity Mobile is Comcast’s mobile service. It’s available to Comcast customer who also get their internet service from the cable TV provider.