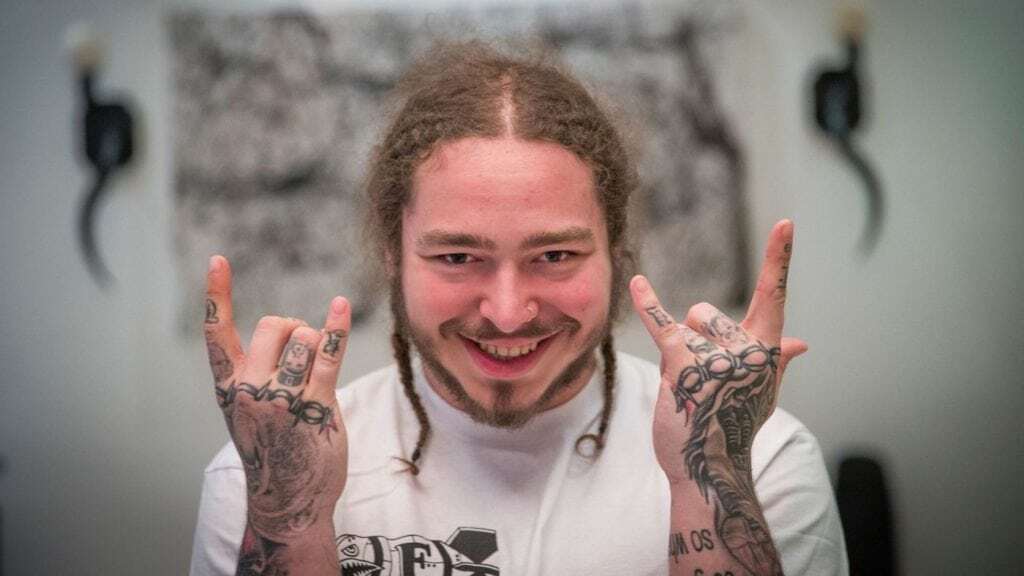 Post Malone is an American born musician, rapper, songwriter and producer. He came into the spotlight after releasing his debut single “White Iverson”. Moreover, he has recently released his debut album named Stoney on December 9, 2016.

Post Malone was born on July 4, 1995, in Syracuse, New York, United States. At the age of nine, he moved to Grapevine, Texas along with his family. During his childhood, Post Malone was sports freak and loved to play and watch basketball.

He has also interest on guitar and also gave an audition for the band Crown the Empire in 2010. Moving towards his education, the American rapper completed his high school from Grapevine High School. Later, he attended Syracuse University for a couple of months.

Post Malone is an unmarried man. Currently, he is in a relationship with his girlfriend Ashlen. He has recently revealed about his love life with Ashlen. However, he doesn’t speak too much about his personal life and always keeps a low profile. Additionally, the lovebird has also seen together in a nightclub.

Apart from her, he has never seen with anyone and there is not a single rumor of his extra affair with any other girl. So far, they have maintained a decent relationship and living elegantly.

He began his career by making several mixtapes. Later, he launched his first solo “White Iverson”. As his song became a huge hit, he made a music video for “White Iverson”. Currently, the song has crossed 431 million viewers on YouTube.

Furthermore, Post released several songs such as “Too Young”, “What’s Up” “Patient”, and “Tear$”. These songs also climbed at peak. Later, he signed a contract with Republic Records and has also collaborated with famous rappers which include 50 Cent, Young Thug, and Kanye West.

Apart from that, he has also performed along with Justin Bieber in his Purpose World Tour. Back in 2016, he has also appeared in television Jimmy Kimmel Live!, performing “Go Flex”. He became famous for his vocal style. Furthermore, his music is a mix of country, grunge, hip-hop, and R&B.

As of now, Post Malone has not won any awards in his music career. Although, he has been doing his job in the best possible way and his works have been loved by many people all around the world.

So far, there are not any drastic rumors regarding his personal and personal life. However, he has faced a controversy regarding his music video in which he has mentioned an abusive word. Besides this, he has also criticized Donald Trump and Hillary Clinton in the 2016 presidential election. Apart from that, he has never faced any controversy in his career.

Malone has a height of 6 ft 1 inch and weighs 84 kg. Furthermore, he has braided dark brown hair and blue eyes. His other body measurements include 42 inches chest, 14 inches biceps, and 35 inches waist. Besides this, he has also a tattoo of U.S. president John F. Kennedy on his arm.

As a successful rapper, he earns a decent amount of money from his profession. It’s just the beginning of his music career, but he’s already been able to rack up a large amount of wealth As of 2019, Post Malone’s net worth is estimated to be $14 million.