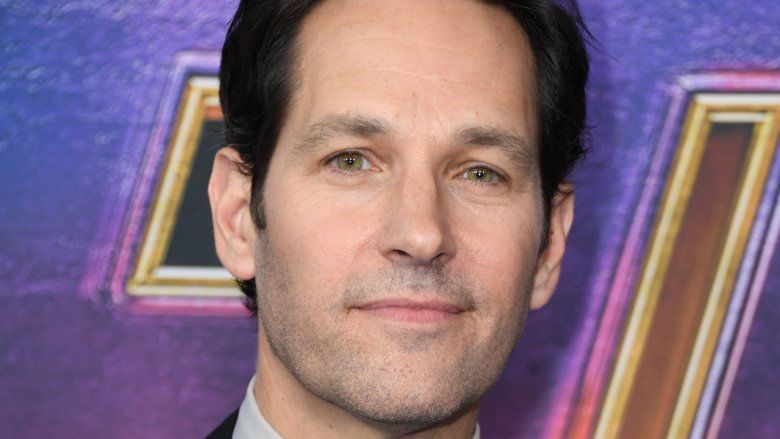 Paul Rudd is an American born movie actor and producer who became a young teen idol with his break-out performance in the 1995 film ‘Clueless’ and went on to star in comedies like ‘Anchorman,’ ‘This Is 40’ and became a superhero Marvel franchise ‘Ant-Man.’

Who Is Paul Rudd?

American actor and film producer Paul Rudd became a minor teen idol with his break-out performance in the 1995 film Clueless. His other early credits include Wet Hot American Summer, Cider House Rules and William Shakespeare’s Romeo + Juliet. He also landed a recurring role in the television series Friends as Phoebe’s husband. Rudd has since become a full-fledged comedy film icon with roles in Anchorman (2004), The 40-Year-Old Virgin (2005) and Admission (2013). He has also entered the world of super-hero stardom with the 2015 release, Ant-Man.

Returning to the U.S. in the early 1990s from studying drama abroad, Rudd moved straight into a recurring television role as aspiring filmmaker Kirby Philby on NBC’s weekly drama, Sisters, opposite Ashley Judd. After appearing in several TV miniseries, he co-starred in the short-lived Fox sitcom Wild Oats (1994), then made his feature film debut as protagonist Tommy Doyle in the latest Halloween series installment, Halloween: The Curse of Michael Meyers. He humbly told the New York Post about his first film role, “Even when I was doing it, I knew this was something I’d always be teased about.”

Despite Rudd’s television exposure, most people first remember seeing the actor as the college-aged stepbrother of Cher, played by Alicia Silverstone, who eventually becomes the object of her picky affection, in the 1995 hit comedy Clueless. After appearing in the independent film The Size of Watermelons and opposite Reese Witherspoon in the straight-to-video Overnight Delivery, Rudd landed the role of Dave Paris, Juliet’s pompous suitor, in Baz Luhrmann‘s stylish rendition of Shakespeare’s Romeo + Juliet (1996), starring Leonardo DiCaprio and Claire Danes.

‘The Object of My Affection’

In 1997, Rudd made his Broadway debut as Joe Farkas in the acclaimed play, The Last Night Of Ballyhoo, written by Alfred Uhry. He took a break from Broadway to make the light-hearted comedy The Object Of My Affection, playing a gay man opposite Jennifer Aniston, but resumed the Farkas role after the film’s completion. In October 1997, Rudd was nominated for a FANY Award (the acronym FANY originally came from Fans of NY Theatre) for his performance.

Rudd continued his theater work as Duke Orsino, opposite Helen Hunt‘s Viola in Shakespeare‘s Twelfth Night, which was broadcast on PBS’s Live from Lincoln Center series. Later that year, he appeared opposite Ben Affleck, Courtney Love and Janeane Garofalo as the latter’s jilted, chain-smoking lover in the romantic indie comedy 200 Cigarettes.

After returning to the stage as a gay-bashing Mormon college student in Bash, opposite Calista Flockhart, Rudd took on his next high-profile feature, playing a WWII pilot in Lasse Hallestrom’s The Cider House Rules (1999), costarring Tobey Maguire, Michael Caine and Charlize Theron. He then appeared alongside Andie MacDowell in the short film Reaching Normal (written and directed by Anne Heche), which was screened at the Sundance Festival before airing on Showtime.

‘Anchorman: The Legend of Ron Burgundy’

Rudd has become one of comedy’s most talented players in both film and television. After his recurring role on the hit TV show Friends, he landed a leading role as reporter Brian Fantana in the news comedy Anchorman: The Legend of Ron Burgundy (2004) starring Will Ferrell, Christina Applegate and Steve Carell. Rudd also worked with Carell again on 2005’s The 40-Year-Old Virgin. This Judd Apatow-directed comedy proved to be a box office smash.

In 2009 Rudd starred with Jason Segel in the buddy comedy I Love You, Man. He and Carell reteamed for 2010’s Dinner for Schmucks, which proved to be a commercial and critical disappointment. That same year, Rudd showed his softer side as one of Reese Witherspoon‘s suitors in the romantic comedy How Do You Know.

Rudd returned to the small screen in 2012 with a recurring role on Parks and Recreation. That same year, he starred in another Judd Apatow comedy This Is 40 opposite Apatow’s real-life wife Leslie Mann. Rudd and Mann play a married couple whose relationship is on the rocks. The following year, he played the lead in another romantic comedy Admission with Tina Fey. Rudd also reprised his role as Brian Fantana in Anchorman 2: The Legend Continues.

After he co-starred in the romantic comedy They Came Together (2014) with Amy Poehler, 2015 saw Rudd entering the world of super-hero fandom, with the actor taking on the lead role in the Marvel Comics flick Ant-Man.

With the film co-starring Michael Douglas and Bobby Cannavale, Rudd plays a one-time thief who adopts a suit that allows him to greatly shrink in size while growing stronger. He reprised his superhero role with the sequel Ant-Man and the Wasp (2018).

Outside of acting, Rudd is quite the family man. He and wife Julie Yaeger have been married since 2003. They have a son, Jack, and a daughter, Darby.

Actor Paul Rudd was born on April 6, 1969, in Passaic, New Jersey, to British parents. Rudd traveled frequently with his family, but grew up primarily in Overland Park, Kansas. Harboring a keen interest in theatre, he enrolled at the University of Kansas to study drama and, after two years of honors work, earned the Spencer Tracy Scholarship to study at the American Academy of Dramatic Arts in Los Angeles.