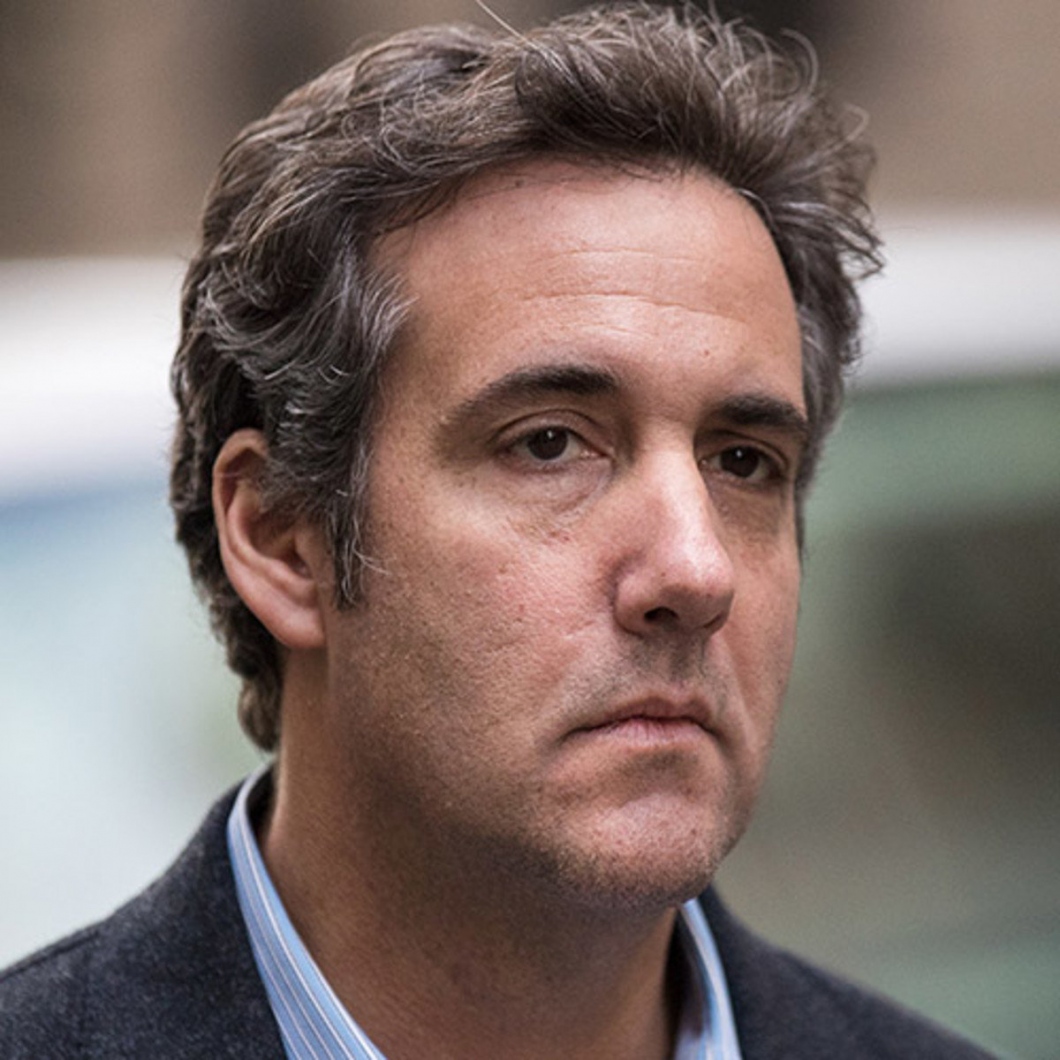 Who Is Michael Cohen?

A New York native, Michael Cohen was born in 1966. He began his career as a private injury lawyer in 1992, but his business interests quickly expanded as he built a large real estate portfolio and a business that specialized in the New York City taxicab trade. In the 2000s, Cohen began working for future President Donald Trump, where he earned a reputation for loyalty and ferocity.

His work on behalf of Trump during the 2016 campaign, including the payment of $130,000 to adult film star Stormy Daniels, along with his possible involvement in attempts to cover-up purported collusion between the Trump campaign and the Russian government, landed Cohen in the crossfires of the investigation being led by special counsel

In 1994 Cohen married Laura Shusterman, a native of Ukraine, and the couple have two children.

Michael Dean Cohen was born on August 25, 1966, in Lawrence, New York, a Nassau County suburb of New York City. Cohen’s surgeon father Maurice escaped Nazi persecution before emigrating to the United States, and Cohen’s mother Sondra was a nurse. Cohen attended American University and received his law degree from Thomas M. Cooley Law School, one of the lowest-ranked law schools in the nation.

Cohen began his career as a personal injury lawyer in 1992, eventually opening his own practice. A self-proclaimed entrepreneur from an early age (he claimed to have run a business importing automobiles while in college), he and his family purchased dozens of then-lucrative taxicab “medallions” that allowed them to operate a fleet of taxis in both New York and Chicago.

Although Cohen would later argue that he did not handle the day-to-day management of this business, in 2017 he and his wife were sued by the NY State Department of Taxation for nearly $40,000 in back taxes. In the spring of 2018, Cohen’s purported partner in the business agreed to cooperate with prosecutors regarding his own legal troubles.

Cohen has also focused on the New York City real estate market, where he has bought and sold a number of properties. Prior to his work for Trump, Cohen also invested in a casino cruise ship business, a series of medical clinics and billing companies and also held a small stake in a family-run club in Brooklyn.

The club has been accused of being a base of operation for several Russian-American gangsters, and in the 1980s, Cohen’s uncle (the primary owner) was accused of providing medical advice to members of the notorious Lucchese crime family.

Cohen briefly flirted with politics, losing a lopsided race for a New York City Council seat in 2003, and launching a short-lived campaign for the state senate in 2010.

His association with Trump began in 2006, when Cohen (who had already purchased several apartments in Trump-owned buildings) assisted Trump in an ongoing battle with a condominium board at a Trump property near the United Nations. An impressed Trump offered Cohen a position within the Trump Organization, and he eventually rose to the role of special counsel and Executive Vice President. He also served on the board of the Eric Trump Foundation and was co-president of the company that managed Trump’s Atlantic City, New Jersey, casinos.

Cohen’s work was not limited to a legal and real estate portfolio, as he also became an adviser willing to do whatever Trump required. As Cohen told ABC News in 2011, when Trump was mulling a run for president (he opted out), “If somebody does something Mr. Trump doesn’t like, I do everything in my power to resolve it to Mr. Trump’s benefit.” He went on to describe his tactics, saying” If you do something wrong, I’m going to come at you, grab you by the neck, and I’m not going to let you go until I’m finished.”

Cohen also earned a reputation for going after perceived media slights against Trump, threatening to sue a satirical news site in 2013 for what he called a defamatory article and in 2015 attacking a reporter investigating allegations of abuse (later retracted) by Trump’s first wife, Ivana.

Cohen and others repeatedly urged Trump to run for election prior to 2016, and when Trump did enter the 2016 race, Cohen became a key surrogate, appearing on numerous talk shows to defend Trump. Following Trump’s election, he was named the Republican National Committee’s deputy national finance chair, responsible for much of the group’s fundraising.

He also left his position at the Trump Organization but continued to serve as Trump’s personal lawyer for several months.

Cohen was named in the Steele dossier, a controversial document compiled by Christopher Steele, a former British intelligence officer, which alleges a conspiracy between the Russian government and Donald Trump’s 2016 campaign. Among its claims are that Cohen traveled to Prague in the summer of 2016 to facilitate a cover-up (including cash payments) of illicit operations.

Cohen denied any involvement and has stated that he did not travel to the region during the campaign. However, in April 2018, reports emerged that Robert Mueller, the special counsel investigating Russia’s involvement, may have evidence placing Cohen in the Czech Republic at the time of the purported meetings. That same month, Cohen dropped a defamation lawsuit against the news site BuzzFeed and Fusion GPS, the research and intelligence company that commissioned the dossier.

In early 2018, it was revealed that Cohen paid Stephanie Clifford, also known by her adult film name Stormy Daniels, $130,000 in the fall of 2016. The payment was made with regards to Daniels’ claim of a 2006 affair with Trump.

Cohen initially claimed to have made the payment out of his own funds, and that Trump was not involved in the matter. It later emerged that Trump had directly reimbursed Cohen, and President Trump admitted that Cohen had represented him in the matter (although he continued to deny any affair).

Cohen sued Daniels for breaking the terms of a non-disclosure agreement related to the payment, and Daniels countersued, alleging the NDA was invalid because it had never been signed by Trump.

In May 2018, reports emerged regarding Essential Consultants LLC, the limited liability company Cohen set up to facilitate the Daniels payment. Records show that Cohen and Essential Consulting received more than $4.4 million in funds from a variety of foreign and domestic businesses, including AT&T, Swiss healthcare giant Novartis, Korean Aerospace Industries and Columbus Nova, an American-run investment firm with ties to a Russian oligarch who has been sanctioned by the U.S. government. Each of the firms stated that they hired Cohen following President Trump’s election to provide consulting and adviser services.

On April 9, 2018, Cohen’s office, home and hotel room were raided by the FBI, as part of an investigation being conducted by the U.S. Attorney’s Office for the Southern District of New York. The case was referred to the U.S. Attorney by the office of special counsel Robert Mueller, and investigators seized emails, phone records, tax and bank statements and other materials relating to both Cohen’s work on behalf of Trump and other clients.

In June, it was announced that Cohen was parting ways with the legal team that had advised him up to that point in the criminal investigation. It was later revealed that he was planning to hire Guy Petrillo, a former chief of the criminal division of the U.S. Attorney’s Office in Manhattan.

In July, Cohen sat down with ABC’s George Stephanopoulos for his first in-depth interview since the FBI seized his files in April. While declining to discuss specific issues related to the investigation, Cohen said he believed that Mueller would find no evidence of improper dealings with Russian agents on his part.

He also delivered some eye-opening comments about his former boss, including criticism of Trump’s demonization of the FBI and willingness to accept Vladimir Putin‘s denials of tampering in the 2016 U.S. presidential election.

Cohen emphasized that “My wife, my daughter and my son have my first loyalty and always will,” adding fuel to the rumor that he would offer up knowledge damaging to the president to secure a better deal from prosecutors.

As for how he would respond if Trump attempted to discredit him, he insisted he would stand up for himself. “I will not be a punching bag as part of anyone’s defense strategy,” he said. “I am not a villain of this story, and I will not allow others to try to depict me that way.”

A few weeks later, Cohen released a two-year-old secret recording of a conversation with Trump about plans to buy the story rights of another woman, Playboy model Karen McDougal, who went on record around the same time as Stormy Daniels about an alleged affair with the president. Amid the occasionally muffled audio, Cohen is heard discussing the need to set up a company to arrange the payment, though it is unclear what directions followed.

you can also read: Michael Cohen about to flip on Donald Trump- Secret Tape Backlash

The president subsequently lashed out at Cohen on Twitter, saying it was “so sad” that a lawyer would tape his client, while new Trump attorney Rudy Giuliani insisted that the recording provided no evidence of wrongdoing on his client’s part. Additionally, others familiar with the workings of the U.S. attorney’s office suggested that the release of evidence amid an investigation would complicate Cohen’s ability to reach a favorable deal with prosecutors.