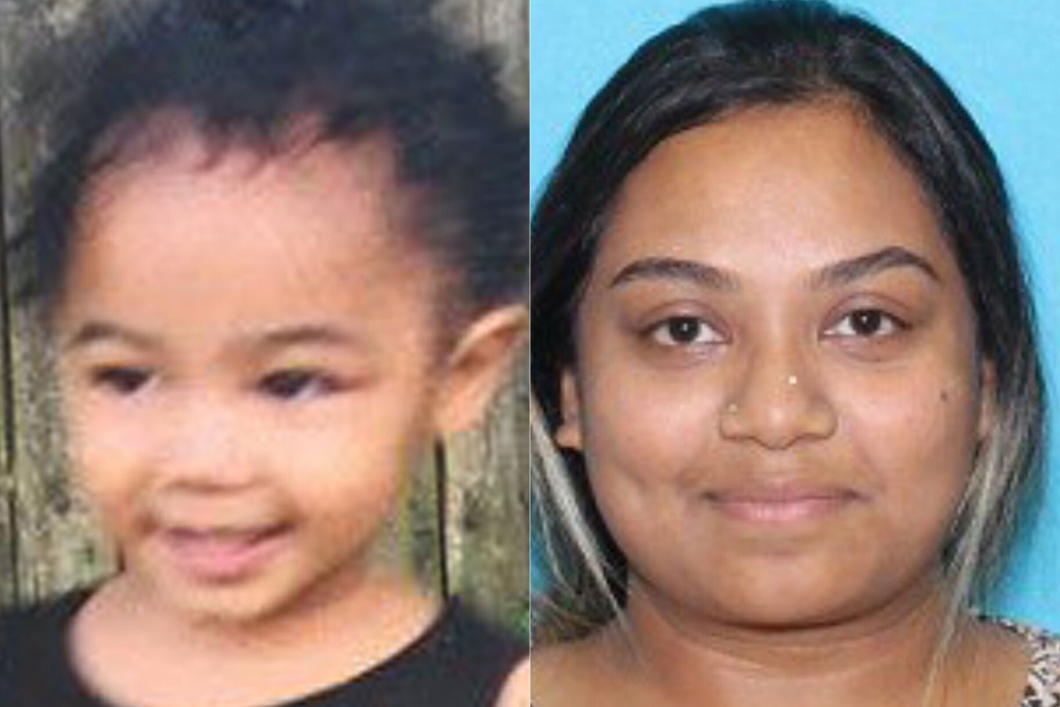 Nalani Johnson is an american born kidnapped 2years old child, that was last seen Saturday evening at the intersection of Bryant and Clay Dr. in Penn Hills in Allegheny County, PA. Nalani was last seen wearing a black shirt and skirt with floral design and black sandals.

Nalani Johnson search and hunt for kidnapper even after the arrest of Sharena Islam Nancy has been on going, the 25-year-old woman accused in the kidnapping of the child. The Allegheny County Police Department reported in a news release that “the driver of the Toyota Yaris sedan involved in this incident, Sharena Islam Nancy, is lodged in the Allegheny County jail awaiting arraignment after being charged with the following offenses:

• The kidnapping of a minor
• Interference with custody of children
• Concealment of whereabouts of a child.”

Sharena Islam Nancy has been charged with kidnapping, interference with custody of children, and concealment of whereabouts of a child.

She was taken to the Allegheny County Jail.

This is the statement from Lyft. “While this incident did not happen on the Lyft platform, these allegations are deeply disturbing. The safety of our community is fundamental to Lyft and we have permanently banned this individual from driving with Lyft.”

According to Uber, no one with her name “took trips on the app this past weekend.”

According to a criminal complaint, Nancy told police she was asked to take 2-year-old Nalani Johnson by the girl’s father.

The court paperwork said Nancy told police the girl’s father “sold” the girl to “an unnamed individual” for $10,000. Nancy claims the father asked her to drive the 2-year-old girl “20 minutes from a gas station in Monroeville along U.S. Route 22.”

Nancy then told police she eventually met with a person with a silver SUV with out-of-state plates and gave the girl to that person.

According to the criminal complaint, police found no evidence yet of the mentioned SUV. Police have also not commented on the claims Nancy is making.

Nalani’s father has a different story, according to the court paperwork. It said he told police he was in a car with Nalani and his friend with Nancy driving it.

He said when he got out of the car at the intersection of Bryant Drive and Clay Drive, Nancy took off with the 2-year-old in the car. The complaint mentions he told police he tried calling Nancy but she didn’t answer.

Anyone with information about the abduction should immediately contact the police by calling 911 or the Penn Hills Borough Police Department at 412-473-3705.

Heads up: I’ve received several messages about this threat. Here’s what police are saying at this hour. @KDKA pic.twitter.com/NlXC8sJZIe

An autopsy is expected to be performed Wednesday on the 23-month-old girl who was reportedly abducted in Pennsylvania over the weekend and later found dead, a district attorney said.

Nalani Johnson was reportedly taken Saturday. Her body was found Tuesday in a Pennsylvania park. Authorities hope that an autopsy can provide some clues about what happened to the toddler in between.
“Until we have some more information regarding the cause and manner of death, we really can’t give you much at this point,” Indiana County District Attorney Patrick Dougherty said at a news conference Tuesday.
Nalani’s father, Paul Johnson, says that a woman he was involved with drove off with his daughter Saturday after an argument, according to a criminal complaint filed by Allegheny County police. That woman, Sharena Nancy, has been charged with the kidnapping of a minor, interference with custody of children and concealment of whereabouts of a child.
Nancy, 25, is being held without bail at the Allegheny County Jail, and her preliminary hearing is scheduled for September 16.
[spacer height=”20px”]

5 Fast True Facts You Need to Know about Nalani Johnson

1. Sharena Nancy Told Police That She Handed the Child Off to Two Unknown Women

5. Police Say the Abduction occurred at a Local Intersection