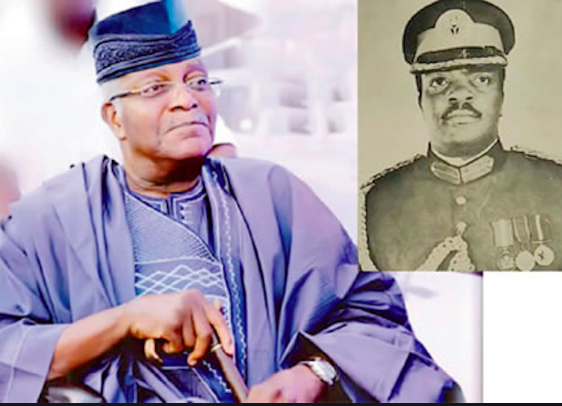 Mobolaji Olufunso Johnson was born on 9th of February 1936 and died on 30 2019. he was a brigadier in the Nigerian Army, serving as military administrator of Lagos State from January, 1966 – May 1967 during the military regime of General Aguyi-Ironsi (until July 1966). and later General Gowon) and then as the Governor of Lagos State from May 1967 – July 1975 during the military-regime of General Yakubu Gowon.

As governor of Lagos, his government oversaw the unpopular demolition of Ajele cemetery in the early 1970s.

Mobolaji Johnson was reported to have lost his life after a brief illness.
Mobolaji Johnson, the first military governor of Lagos State, has died at the age of 83.
The father of four reportedly died in an hospital in Lagos, on Wednesday, October 30, 2019.

Confirming Johnson’s death, the son of the late army brigadier, Deji, said he passed away on Wednesday afternoon.

“We just want his legacy to outlive him and we want people to honour his memory in a way he would want to be honoured,” Deji told Punch.

In his condolence message, Governor Babajide Sanwo-Olu of Lagos, described the late General Mobolaji Johnson as a complete gentleman and officer.

The condolence message signed by Sanwo-Olu’s Chief Press Secretary, Gboyega Akosile read; “Although General Mobolaji Johnson has gone to be with his Lord and Creator, the memories of great accomplishments he left behind will linger on forever.

“One remembers how the late General Johnson’s administration worked with other seasoned professionals to establish five Government Colleges and Housing Estates, which were commissioned by the then Head of State, General Yakubu Gowon, within one year of his administration. This, to me, is the hallmark of service and has remained a benchmark for successive administrations in the state.’’

At the inception of the Gen. Murtala Mohammed administration in 1975, Mobolaji Johnson was one of the two state governors that was found not guilty of corruption by the three-man panel commissioned to investigate the various allegations of corruption among state governors.

He retired from the army in 1975 and went into private business.