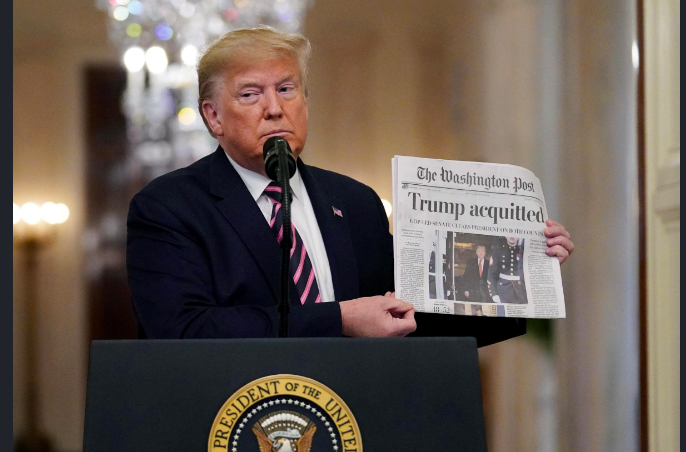 House Democrats rallied behind a measure setting out rules for the public phase of their impeachment inquiry into President Trump, endorsing the process.

A bitterly divided House of Representatives voted Thursday to endorse the Democratic-led impeachment inquiry into President Trump, in a historic action that set up a critical new public phase of the process and underscored the toxic political polarization that serves as its backdrop.

“@SpeakerPelosi’s patience has been rewarded. With the #impeachment script fully flipping this week, it’s Pelosi who wants Americans to watch every turn of the trial of Donald Trump, and Republicans who have abruptly stopped calling for more transparency.”https://t.co/xXKeAcyCAp

The vote was 232-196 to approve a resolution that sets out rules for an impeachment process for which there are few precedents, and which promises to consume the country a little more than a year before the 2020 elections. It was only the third time in modern history that the House had taken a vote on an impeachment inquiry into a sitting president.

Two Democrats broke with their party to vote against the measure, while Republicans — under immense pressure from Mr. Trump to shut down the impeachment inquiry altogether — unanimously opposed it.