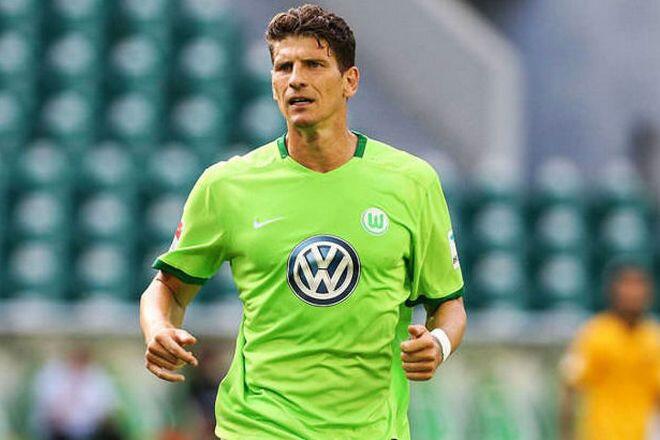 Who is Mario Gomez?

Mario Gomez  is a German professional soccer player. However, during his career in clubs and the national team, the striker has faced several ups and downs.

Mario Gomez was born in Germany on July 10, 1985, in a German-Spanish family. Thanks to his father, Mario has a Spanish surname and a love for football. Jose was a big Real Madrid fan and spent the evening watching the matches. The son preferred a real game in the courtyard of the house to the boring TV set. The boy often kicked the ball with his brothers or simply practiced kicking with both feet against the garage door.

He often broke pots of flowers or glass, but the parents did not scold their son. However, they never forced the boy to become a professional player.

Mario Gomez recalled in an interview that he first went on the field at the age of four. When he saw the ball, he had a strong desire to drive it into the net. The kid did not fully understand why other children and parents loudly shouted that he was running the wrong way. As a result, it turned out that the young football player scored an own goal.

Then the father explained the basic rules of the professional game during the next television broadcast. His idol was Jay-Jay Okocha, who struck the boy with skillful dribbling. Although the relatives were supporting Real Madrid, Mario became a big fan of Barcelona. His favorite players were Ronaldinho, Rivaldo, and also Romario, because the name of the player was like his own.

As for most future great athletes, little Mario had no other activities besides sport. Coming from school, he threw a backpack and ran outside with a ball.

However, according to the striker, he did not think about a professional career, playing for the local team. But the agents of Stuttgart noticed the talented sportsman. When the boy was 13 years old, representatives of the academy came to his father with a proposal to enroll his son in a sports school. But Mario did not want to leave his home and school, feeling that it was not the right time.

A few years later, when Gomez’s team lost 7-0 to Stuttgart, the football player changed his opinion, realizing that training in a prestigious club would give him much more experience and skills.

In VfB Stuttgart II, the striker showed excellent ball possession, the ability to score with both feet and outstanding work in the penalty area. Soon the scorer moved to the first team. At 18, the footballer got a chance to be on the field in the Champions League match against Chelsea.

Mario recalled that the Stuttgart coach, Giovanni Trapattoni, influenced him very much, although Giovanni did not stay in the club for a long time. The coach was silently watching the boy’s training for a month, without showing approval or criticism. Later, he invited Mario to a conversation. Giovanni told that if Mario could get rid of some shortcomings, he would become the forward of the national team.

According to Mario, the coach’s opinion allowed him to feel like a professional football player. He began intensive training with Trapattoni. Stuttgart became the Bundesliga Champion, and the striker received an invitation to the national team as well as the title of the best football player in 2007 according to Kicker magazine.

By the way, Gomez has dual citizenship, and the athlete received proposals from the leadership of the Spanish national team. The attacker did not doubt as he wanted to play only for Germany.

In 2009, Gómez transferred to Bayern Munich for a Bundesliga record transfer fee. The amount of the transfer fee varies from 30–35 million euro, depending on different sources. Mario admits that there is constant pressure in clubs such as Bayern, where they always expect brilliant performance. However, the striker showed somewhat ambiguous results.

Perfect natural abilities (his height is 189 cm, and the weight is 88 kg), the ability to play with both feet in the penalty area combine with unexpected, although rare, misses (a shoot for goal in the game against the Finnish national team, when the striker missed the open goal).

During the first season in Bayern, he failed to show significant results. During the next season, it was his triumph when the player was named the Bundesliga top scorer. In 2012, although Gomez was the top scorer of the European Championship, the club lost to Chelsea in the Champions League final.

Later, according to the striker, he wanted something new, and the athlete moved to Italy to play for Fiorentina. Soon he had a knee injury and was ruled out for five months. When he went on the field, the striker could regain his excellent reputation. However, soon the striker was unlucky again. He suffered another injury.

In 2015, the striker agreed to a loan to Turkish club Beşiktaş, where his career got a breakthrough. Nevertheless, in 2016 the forward returned to his homeland to Wolfsburg. According to the striker, it happened because of the complicated political situation in Turkey.

In the Euro-2016 quarter-finals, Mario Gomez promised to marry being inspired by the success of the team. The man kept his promise, and in July of the same year, the wedding of the striker and his girlfriend, Carina Wanzung, took place. The young woman is six years older than her husband, and they met five years before the wedding.

The ceremony in Munich was quiet as there were only close relatives and friends. The groom’s best man was his childhood friend. In general, the player prefers not to tell about the details of his personal life.

In the 2017/2018 season, the striker returned to his native club Stuttgart. Earlier, the scorer had refused to Tianjin Quanjian F.C. According to Mario, Chinese clubs offer sky-high salaries, but he does not plan to play in the Chinese Super League.

In 2018, the striker went on the field at the FIFA World Cup in Russia, and together with his colleagues experienced a colossal failure. Germany exited at the group stage and failed to win a single match.

The striker apologized to the fans on his Instagram page and wrote about the depressed mood of the players. Shortly before that, Mario Gomez spoke that it would most likely be the last tournament for the national team in his career.