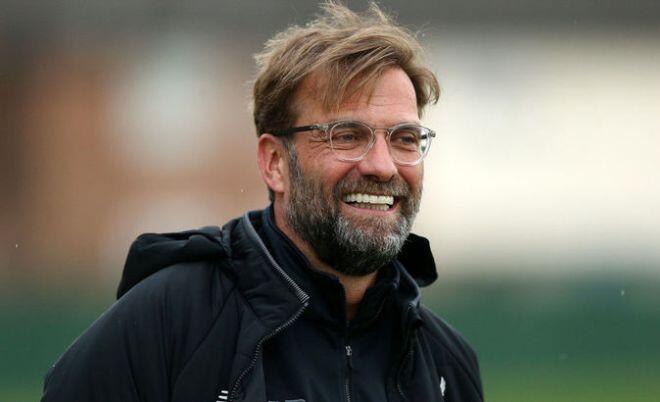 Who is Jurgen Klopp?

Jürgen Norbert Klopp was born on June 16, 1967, in Stuttgart (Germany). The boy’s father, Norbert Klopp, already had two daughters, but he wanted a son. When Jürgen was born, his father was the happiest man in the world. Jürgen spent his childhood in Glatten. But he remained a fan of his native FC Stuttgart. The boy’s favorite player was the central defender, legendary Karl-Heinz Förster. Klopp admits that work attitude-behavior is very important to him.

Jürgen is rightfully considered a hereditary football player. In youth, his father was a promising goalkeeper. Norbert even tried to get into FC Kaiserslautern. It’s no wonder that the man decided to achieve his ambition with the help of his child and to make the boy a professional football player.

In winter young Jürgen skied, and in summer played tennis with his father. He devoted the remaining time to football. The father was tough on his son on the field. He was faster and more dexterous on the football field and the court. This attitude tempered the boy’s character and gave an additional stimulus for development.

Jürgen confessed in an interview that his life was not so good as it seemed. His father was ruthless. He told that when they were skiing, Jürgen saw only a red dot. Norbert did not care that his son was inexperienced, and he wanted Jürgen to be perfect in everything.

Jürgen unusually began his career unusual way. Klopp could not earn for a living in the lower divisions, so the young man had to work part-time. Jürgen unloaded trucks at the rental shop.

Jürgen signed the first professional contract at the age of 23. Klopp was noticed when he played for Rot-Weiss Frankfurt in the playoffs against Mainz 05.

At that time, the provincial club Mainz 05 never played in the elite division. The primary goal was to defend the place in the 2. Bundesliga so that the players could earn a salary. Jürgen joined the club as a striker, but in 1995 he finally became a defender. He had a proper technique, offensive but not rough play. At the beginning of the 2000s, Klopp was considered one of the best Mainz 05 players, distinguishing himself among the others. Jürgen began his managerial career in this club.

Being a player, Jürgen obtained a diploma in sports science at the Goethe University of Frankfurt. He wrote his thesis about walking. Later, Klopp obtained a professional coaching license at the University in Cologne, where he went 300 km.

Journalists and team members did not immediately perceive Jürgen as a coach. During the press conference, some even thought that it was a joke. But in the team, no one opposed the appointment of Klopp, although the transfer was rapid.

Nevertheless, the first training with Klopp surprised Mainz 05 director, Christian Heidel. According to him, he was ready “to put on his shoes and go on the field.”

From 2005 to 2008, Klopp combined coaching with the work as an expert commentator during sportscasts. Jürgen worked a lot with a tactical board, analyzing the game moments and revealing the mistakes that led to dangerous attacks or goals.

The next team in his career was Borussia Dortmund, and the man hit the club at exactly the right time. Fans still remembered the time when the club was on the verge of bankruptcy. But nowadays if Borussia Dortmund doesn’t make it into the top three, it will be a disaster.

Then the leadership decided that the new club would consist of young players. It was the time when Jürgen resigned from Mainz 05 and was considered a “rising star.” When Klopp became Borussia coach, the club had the 13th place. During the next season, Borussia Dortmund finished already in the sixth place. In the 2010/2011 and 2011/2012 seasons, the team won Bundesliga titles.

In 2013, Jürgen got a red card because he sent off the judge. The video with the coach yelling at the judge immediately spread on the Internet.

At the beginning of the 2013/2014 season, Klopp extended the contract with Borussia until the summer of 2018. However, the results of the team deteriorated, in April 2015 it was announced that Klopp was leaving Borussia.

Jürgen continued to work as a coach in the autumn of 2015, becoming the head coach of English Liverpool. In the 2015/2016 season, the team reached the League Cup Final but lost to Manchester City on penalties. In the next season, Liverpool progressed to the quarter-final of the UEFA Europa League, qualifying for the 2017/2018 Champions League.

Klopp has been married twice. The press was always interested in his personal life. His first wife was Sabine who gave birth to a son, Marc, on December 13, 1988. He went in his father’s footsteps and became a football player, but he has already finished his football career.

In 2005, Jürgen married for the second time. His wife is a social worker, teacher, and writer Ulla Sandrock. The young people met at the Oktoberfest, Ulla worked in one of the pubs. Jürgen went in to drink a glass of beer and was fascinated by a blonde. In a few months, the couple married. Jürgen and Ulla do not have children, so the family still consists of two people.

Now Jürgen Klopp continues his coaching career. It has recently transpired that Real is negotiating with Jürgen about his appointment as a head coach. The only obstacle can be the unwillingness of the English team to terminate the contract with the coach.

Before the decisive match between Liverpool and Spartak, in December 2017, Jürgen appeared at a press conference with pearly whites. Many people get used to the coach’s inimitable style. Glasses, beard, and behavior have become Jürgen’s peculiar features. But his yellow teeth were a separate topic for discussion as well as the reason for ridicule. However, after going to the dentist, there were fewer reasons for jokes.

In the spring of 2018, Jürgen commented on rumors about the interest of FC Bayern Munich. The coach said that under the terms of his contract he could not leave the club before the end of the deal. Besides, the current agreement with Liverpool will end only in 4 years.

Nowadays, the German coach and Jose Mourinho, Manchester United coach, are in constant confrontation. They are considered the main rivals, but Jürgen’s team surpasses José’s club.

In April 2018, the head coach admitted that he felt a burden of responsibility because of the lack of significant trophies in the club. The same month, assistant coach Zeljko Buvac temporarily suspended his work at football club Liverpool for personal reasons.

At the end of May, the Liverpool coach told about the turning point of the match against Real Madrid. Jürgen did not say anything about Karius and his mistakes, mentioning that the goalkeeper understood everything himself.

Jürgen has unverified accounts on social networks Twitter and Instagram. He posts a lot of photos, connected with different events in his life.

Jürgen’s height is 193 cm, and the weight is about 83 kg. The coach’s nickname is Kloppo, Klopp is German.