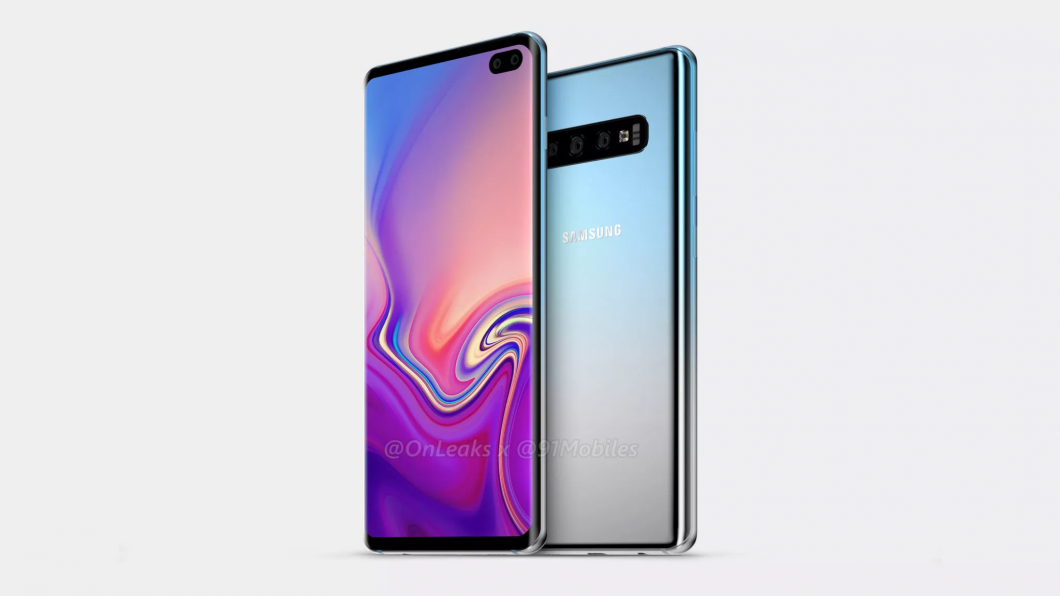 The Latest new Samsung Galaxy S10 images from designer Ben Geskin showcase to us some interesting details. Notably, the Samsung flagship now arrives with an almost bezel-less Infinity Display and a total of five cameras back and front. Read on to find out more information today!

Without a doubt, the duo Samsung Galaxy S9 and S9 Plus are the two hottest smartphones in 2018. Notably, both Samsung flagships arrive with many great specs. They include a new Iris scanner, flexible camera system and gorgeous Infinity Display.

Now that both devices are available on the market, many Samsung fans are now looking forward to these handsets’ successor. According to the recent report, Samsung has already begun the development phase for the Samsung Galaxy S10.

As Samsung is going to celebrate their 10th anniversary of the S line, it seems like the Korean manufacturer is preparing a big surprise for us! In details, we have up to three Galaxy S10 models hitting the market next year.

Notably, they are going to be different in terms of the specs as well as pricing. Firstly, the Samsung brand is going to introduce the duo Samsung Galaxy S10 models with slight changes in the hardware, similar to the Galaxy S9 handsets.

Furthermore, Qualcomm is reportedly the main fingerprint modules supplier for these Samsung models. As for the display, the standard Samsung Galaxy S10 specs sport a 5.8 AMOLED Infinity screen.

Meanwhile, the bigger brother Galaxy S10 sports a 5.8-inch display but with dual-edge design, as well as a dual-camera setup. Lastly, the most expensive Samsung Galaxy S10 device boasts a larger 6.3-inch screen and, for the first time for Samsung, a triple-lens rear camera.