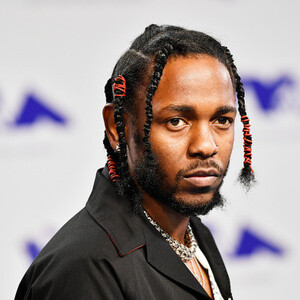 Who is Kendrick Lamar?

Kendrick Lamar is an American rapper and songwriter. Lamar has received a number of accolades over the course of his career, including seven Grammy Awards. Additionally, in early 2013, MTV named him the number one “Hottest MC in the Game” on their annual list.

Kendrick Lamar became engaged to his longtime girlfriend Whitney Alford in April 2015. Previously, he was involved in a brief relationship with American Model Lira Galore. Lamar does not have children from any of his relationships.

kendrick Lamar was born in Compton, California on June 17, 1987, to parents Kenny Duckworth and Paula Oliver. Throughout his childhood years, he grew up on welfare and section 8 housing. He is of American nationality. Furthermore, he belongs to African-American ethnic background. His family was directly touched by the violence of the streets, yet he remained thoughtful and soft-spoken, ever the keen observer, even as a child.

Talking about his education, Lamar attended McNair Elementary and vanguard learning center in the Compton Unified School District. In addition, he went on to attend Centennial High School in Compton, where he was a straight-A student.

Lamar has worked with numerous popular names in the music industry including Eminem, 50 Cent, Young Jeezy, The Game, Talib Kweli, Busta Rhymes and Lil Wayne among others. Later, Dr. Dre signed him to his independent record label, Aftermath Entertainment.

Till date, Lamar has released four studio albums, ‘To Pimp A Butterfly’ and ‘Damn’ being the most recent ones. He has been called a ‘master of storytelling’ and  The New York Times has called Lamar’s musical style anti-flamboyant, interior and complex and labeled him as a technical rapper.

Lamar has won seven Grammy Awards. He received a total of seven nominations at the 56th Grammy Awards in 2014. Additionally, he has received two civic honors. Furthermore, in 2015, Billboard included Lamar in” The 10 Greatest Rappers of All-Time”.

Lamar has not revealed his current salary. However, he has an estimated net worth of around $ 35 million at present.

Lamar’s lyrics has brought several controversies along his way throughout the years. His singles ‘Control’, ‘The Blacker The Berry’ became part of controversies due to the nature of the lyrics. Additionally, he was also criticized due to his feud with Geraldo Rivera. At present, there are no rumors concerning Lamar and his career.

Talking about his body measurement, Lamar has a height of 5 feet 6 inches or 168 cm. Additionally, he weighs around 67 kg or 148 pounds. Furthermore, his hair color is black and eye color is dark brown.