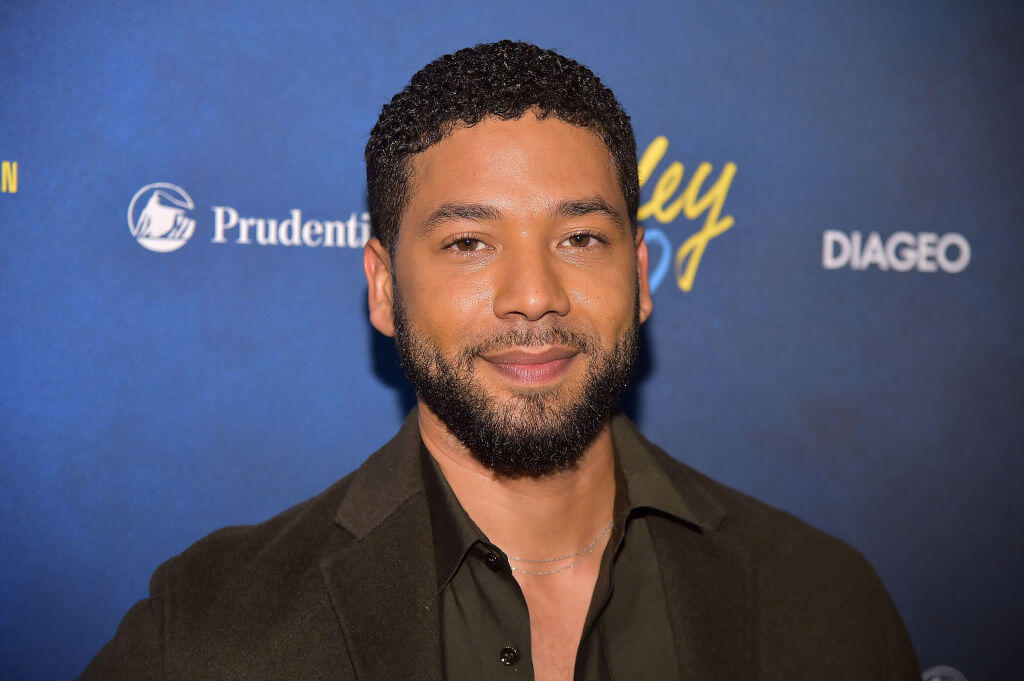 Who is Jussie Smollett?

Jussie Smollett was born as an American professioanal actor, singer, and photographer. He portrays the role of musician Jamal Lyon in the Fox music-industry primetime TV drama ‘Empire’. Additionally, he has also appeared in Ridley Scott’s science fiction film ‘Alien: Covenant’ as Ricks.

Smollett was born in Santa Rosa, California on June 21, 1983, to parents Janet and Joel Smollett. Additionally, he has three brothers and two sisters: Jake, Jocqui, Jojo, Jurnee, and Jazz, several of whom are also actors.

He began acting since his childhood years. He is of American nationality. Furthermore, he belongs to a mixed ethnic background of Ashkenazi Jewish, African-American, Native American, Louisiana Creole, and Irish.

Talking about his education, there is no detailed information regarding the educational background of Smollett at present.

Smollett initially began his acting career as a child, co-starring in the films ‘The Mighty Ducks’ and Rob Reiner’s ‘North’. Additionally, from 1994–95, he starred alongside his five real-life siblings in the short-lived ABC sitcom ‘On Our Own’. In 2012, he played the leading role in the LGBT-themed comedy-drama ‘The Skinny’.

Furthermore, he later guest-starred on ‘The Mindy Project’ and ‘Revenge’. All in all, he has more than 20 credits as an actor. Some other movies and television series that he has appeared in are ‘Star’, ‘Marshall’, ‘Underground’, ‘Ask Me Anything’, ‘North’, and ‘Coach’ among others.

Apart from his acting career, Smollett is also a singer-songwriter. He released an EP album, ‘The Poisoned Hearts Club’ in 2012. In February 2015, he confirmed that he had signed a recording contract with Columbia Records and would be releasing an album in the future.

Smollett has 11 wins and 11 nominations for various awards to his name. He won the African Movie Academy Awards in 2017 for ‘90 Days’. Additionally, he has garnered nominations for various awards including BET Awards, GMS Award, Image Award, Teen Choice Award, and Young Artist Award. Similarly, he has won several awards including Visionary Award, Image Award, GMS Award, Hollywood Reel Independent Film Festival, and others.

Smollett has not revealed his current salary. However, he has an estimated net worth of around $ 500 thousand.

Smollett became part of a controversy after he released a provocative surprise video taking aim at the Donald Trump’s administration during 2017. There was a rumor going on that suggested Smollett might be leaving the show ‘Empire’. Currently, there are no rumors concerning him and his career.

Jussie was hospitalized after 2 masked men brutally attacked Jussie in Chicago’s Streeterville on 29th January 2019. The incident is under investigation and according to police, they “hit him in the face, poured bleach on him and put a rope around his neck.”

Talking about his body measurement, Smollett has a height of 6 feet 1 inch (1.85 m). Additionally, he weighs around 79 kg or 174 lbs. Furthermore, his hair color and eye color is dark brown.

My family is from Elmhurst, Queens, 54th Avenue, but I was born in Northern California. It’s really funny, you know, [my bio] says ‘Brazil’ making me feel really exotic and cultured, but actually, I was born in Santa Rosa, California. I’m from Sonoma County, and they’re saying ‘Rio Grande do Sul, Brazil.