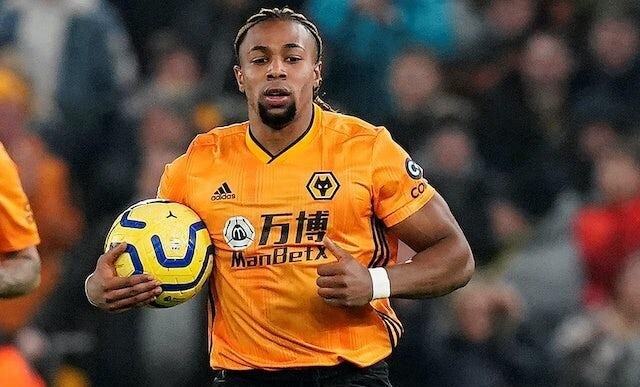 Who is Adama Traore?

Adama Traoré Diarra (born 25 January 1996), is a professional Spanish soccer player and a winger for English Premier League club Wolverhampton Wanderers. He started his career with Barcelona, appearing mainly for the reserves.

Traoré’s manager at Villa, compared him to both Lionel Messi and Cristiano Ronaldo, saying he had “a bit” of both. Catherine Wilson of ESPN FC credited his “athleticism”, though also remarked that his “footballing brain and teamwork skills are definitely up for debate”.Remarking on his physique, the Belfast Telegraph stated “He’s built like an absolute tank. Size of the arms on that man. One drive and it would be lights out”.

In 2018, ESPN’s Matt Stanger acknowledged the player’s pace and strength, and added that he “is now showing the composure to find the killer pass”, while boasting “rapid acceleration” and “excellent close control to shield the ball from defenders”; Stanger also believed Traoré’s “defensive contribution” to be developed, pointing his key weaknesses as “moments of recklessness” and “decision-making” which “continues to frustrate his teammates”; he was also described by Teesside Gazette‘s Philip Tallentire as a ‘tallismanic playmaker’, after his form during the 2017–18 season.

While with Wolverhampton Wanderers, after his first three appearances as a substitute, Michael Butler of The Guardian reported: “Traoré has always been regarded as a rough diamond, lightning quick but perhaps lacking composure or an end product. […] Per 90 minutes, nobody in the Premier League has created more chances than the 22-year-old or completed even half the number of successful dribbles: Eden Hazard has 5.56 to Traoré’s 11.87. Nuno Espírito Santo has so far refrained from starting Traoré in the league, such is his ability off the bench to stretch the game and punish tired legs

Traoré playing for Barcelona B in 2012
Born in L’Hospitalet de Llobregat, Barcelona, Catalonia to Malian parents, Traoré joined Barcelona’s youth setup in 2004 at the age of eight, after a brief period with neighbouring CE L’Hospitalet. In 2013 he was promoted to the B-team, and made his professional debut on 6 October in a 1–0 away defeat against SD Ponferradina for the Segunda División championship.

On 14 August 2015, Traoré joined Premier League club Aston Villa on a five-year deal for a reported £7 million (€10 million) that could rise to €12 million, with Barcelona inserting a three-year buy-back clause in his contract. He made his debut eight days later against Crystal Palace, and his cross led to an own goal from Pape Souaré eight minutes after he had entered the game as a substitute for Carlos Sánchez. He scored his first goal three days later, the team’s first of a 5–3 home win over Notts County in the League Cup second round.Middlesbrough

On 31 August 2016, Traoré signed a four-year contract with fellow league team Middlesbrough, coached by compatriot Aitor Karanka, as Albert Adomah moved in the opposite direction.He made his debut on 10 September 2016 in a 1–2 home loss to Crystal Palace, replacing Cristhian Stuani for the final nine minutes;during his first season, he took part in 31 matches without scoring.

On 8 August 2018, Traoré joined newly-promoted Wolverhampton Wanderers on a five-year deal for an undisclosed fee (in the region of £18 million). He scored his first goal for the team and in the Premier League on 1 September – in his 40th appearance in the competition – in a 1–0 win at West Ham United His first start occurred on 27 October, in a 0–1 away defeat to Brighton & Hove Albion

On 17 February 2014, the Malian Football Federation reported that Traoré and his older brother Mohamed had decided to represent Mali at senior level.[27] However, in an interview with BBC Sport in October 2015, the former stated that he was still considering his international options.

Traoré made his debut for Spanish under-21s on 22 March 2018, playing 15 minutes in the 5–3 away win over Northern Ireland for the 2019 UEFA European Under-21 Championship qualifiers.

The Premier League new boys have matched the asking price in winger Traore’s contract, which has to be paid in one ‘hit,’ and will also offer him the terms he wants. He also earn £25,000 weekly

He was named to the A-League PFA Team of the Season in consecutive seasons in 2013 and 2014.

He and Gervinho have played for the Ivorian national team.