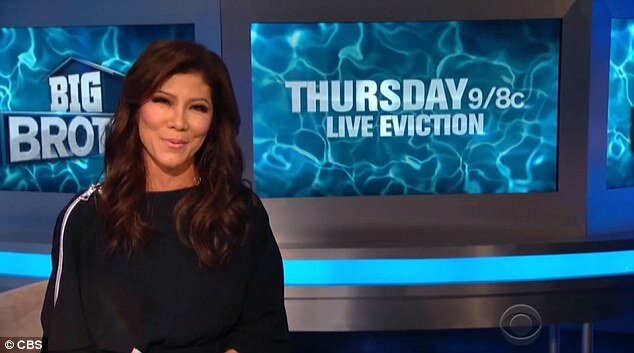 Who is Julie Chen?

Julie Chen is an American citizen. She is a popular television personality, news anchor, and producer for CBS. Chen became recognized as the host of Big Brother and The Talk.

She also appeared as an anchor for The Early Show on CBS.

Reflecting on her early life, Julie Chen was born on January 6, 1970. She experienced her childhood in Queens, New York City, United States. Her birth name was Julie Suzanne Chen. Julie is the daughter of Chinese immigrants.

Her parents are David Y. Chen and Wan Ling Chen. She has two elder siblings, Gladys and Victoria. Her grandfather was born in Penglai Village, Anxi County, Fujian, China.

He was a polygamist who married nine wives and had eleven children. She holds an American nationality and belongs to Chinese ethnicity.

Regarding her education, Julie went on to attend Junior High School based in Whitestone, Queens. She eventually joined St. Francis Preparatory School and graduated in 1987.

Julie then went on to join University of Southern California and graduated in 1991. She went on to major in broadcast journalism and English. She can fluently speak Mandarin Chinese.

Julie Chen is a married woman. She is married to Leslie Moonves. They were in a relationship when Leslie was still married to his former wife Nancy Wiesenfeld.

Nancy and Leslie eventually went on to have a divorce in 2004. Chen then married her husband Leslie Moonves on December 23, 2004, in Acapulco, Mexico among few family and friends.

Together, the couple has a son named Charlie Moonves. They are living happily with their son. Her current relationship is married.

Julie Chen began her career as a news assistant for ABC News in California. Julie Chen went on to work for CBS Morning News. She then became ABC NewsOne as a producer. Julie Chen then worked for WDTN-TV for two years.

Furthermore, Chen started to work as an anchor at Morning News at CBS in 1999. She likewise was an anchor for The Morning show on CBS. Moreover, she worked alongside Rene Syler, Maggie Rodriguez, Eric Hill, etc. She served as an anchor for CBS until 2002.

In addition to this, she started to co-host The Early Show on CBS. Hence she worked on the show until 2010 when it got canceled. She has been hosting Big Brother since the year 2000.

However, because of her wooden delivery of script, she was criticized by many. Meanwhile, she was also nicknamed as Chenbot which she proudly accepted.

In 2010, she started to work as a moderator for The Talk of CBS. The show got premiered on 18th October of 2010. Chen debuts her acting career as a guest appearance in an episode of NCIS: Los Angeles. In the show, she played the part of an Ambassador of U.S.

She has a net worth of $8 million dollars but her salary is unknown.

Talking about rumors and controversy, Chen is pregnant with her second child. Neither she nor her husband confirmed it. Julie got into a lot of controversies as she was rumored to have gotten an eyelid surgery.

However, later the TV personality did reveal that she got the surgery. She was even rumored on going Evil-Dictator On ‘The Talk’ Are ‘Rubbish’.

Talking about her body measurements, Chen has an average height standing at 5 feet 5 inches (1.65 m) but the weight is unknown. She has a slim body with black hair color and dark brown eye color.

You can also read: