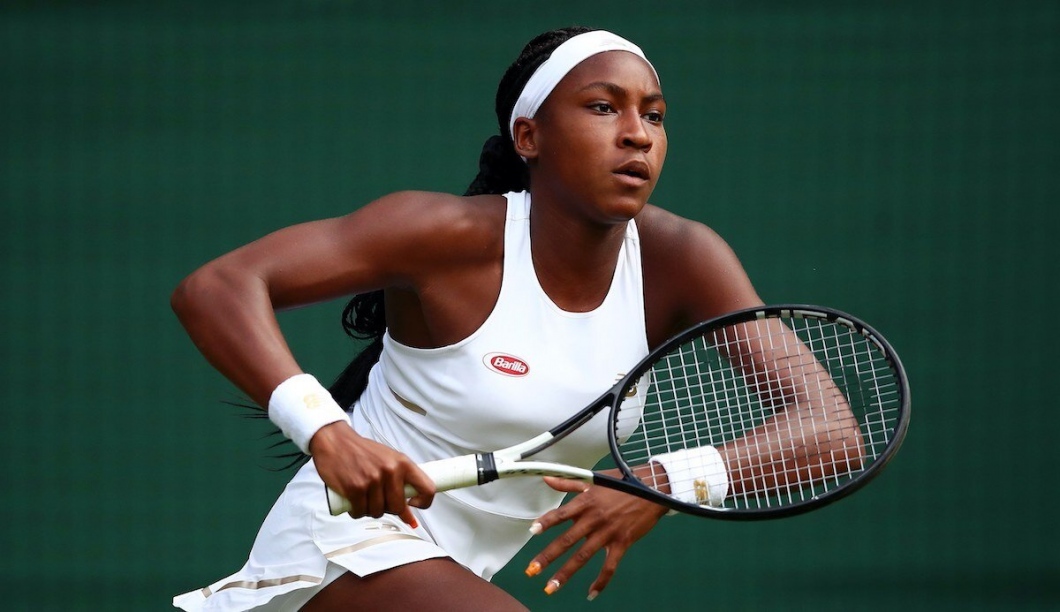 Who is Coco Gauff?

Cori ‘Coco also know as Coco Gauff is an upcoming American born tennis player who defeated Venus Williams in the opening round of the Wimbledon in 2019. Check out this biography to know about her birthday, childhood, family life, achievements and fun facts about her.

Cori ‘Coco’ Gauff is an upcoming American tennis player who made history by defeating her idol and five-time Wimbledon champion Venus Williams in straight sets on her Grand Slam tournament debut on July 1, 2019. She was the youngest female to qualify for a Grand Slam tournament main draw, as well as the youngest player overall to qualify for the main draw at Wimbledon in the Open Era.

She previously became the youngest ever finalist in the girls’ singles event at the ‘US Open’ in 2017 and won the ‘Junior French Open’ in 2018. Following a bidding war between Nike and New Balance, she signed a multi-year sponsorship deal with the latter in October 2018. She signed another multi-year sponsorship deal with Italian food company Barilla in March 2019. On July 4, 2019, it was reported that she will be pairing with British tennis player Jay Clarke, who had broken up with his mixed doubles partner Harriet Dart.

Coco Gauff’s father followed a similar road map drawn by the Williams sisters’ father, Richard Williams, including “a shared training base of Pompey Park in Delray Beach, Florida”. Her mother, who told CNN that Coco was the worst tennis player at a summer camp at seven, realized her potential noticing her determination to run after every ball. The same year, her family relocated from Georgia to Florida, where she trained with Gerard Loglo at the New Generation Tennis Academy.

In 2012, Coco Gauff won the ‘Little Mo 8-under Nationals’, and two years later, at the age of 10 years and 3 months, she won the ‘USTA Clay Court National 12-under’ title. Coco, who idolized both Venus and Serena Williams, was selected by Serena’s coach Patrick Mouratoglou as part of his Champ’Seed foundation at the age of 11, and has trained twice at the Mouratoglou Tennis Academy in Nice, France.

At 12, she won her first three girls’ 16-under singles matches at the ‘Eddie Herr International Championships’. While she has been making and breaking records ever since, she finally achieved her dream in mid-2019 after being selected to play in the Wimbledon main draw as the youngest player ever.

Back in July 2017, Coco Gauff had lost the second qualifier at the ‘Wimbledon Junior Championships’ in Great Britain. The following month, she reached the final of ‘Prince George’s County International Hard Court Junior Tennis Championships’.

In September, she again reached the final at the ‘US Open Junior Tennis Championships’. She reached the semifinals of the ‘AGL Loy Yang Traralgon Junior International’ in January 2018. In June that year, she won her first Junior Grand Slam Title at the ‘Roland Garros Junior French Championships’ in Paris, France. The next month, she won the ‘Junior International Roehampton’ in Roehampton, Great Britain.

In the 2018 ‘Wimbledon Junior Championships’, she was eliminated in the quarterfinals of the singles event and the semifinals of the doubles event. She subsequently won two doubles titles at the ‘Junior US Open’ in September and the ‘Mundial Juvenil Yucatan HSBC FMT’ in November.

After failing to qualify for the ‘US Open’ in the singles, Coco Gauff began her professional career by appearing at the mixed doubles even of the tournament in September 2018.

In June, after being given a wildcard entry, she won all three qualifying rounds in straight sets to reach the main draw at Wimbledon. In her Grand Slam debut, she has defeated Venus Williams in the first round itself..

Cori ‘Coco’ Gauff was born on March 13, 2004 in Atlanta, Georgia, United States, to Corey and Candi Odom Gauff. She has two younger brothers named Codey and Cameron. Her father played basketball at Georgia State University, while her mother was a track and field athlete at Florida State University.

Coco Gauff used to run around the track with her older cousins since she was three or four years old. She began playing tennis when she was seven, and was coached by her father. To keep up with her busy schedule, she was homeschooled by her mother, who is a former teacher. Her father owns the Paradise Sports Lounge bar in Delray Beach, Florida.

But reaching the second round of Wimbledon guarantees her at least £72,000.

Earlier this year Gauff signed an endorsement deal with Barilla Group, which will see her 2019 earnings exceed $1million (£790,000), according to Forbes.

Gauff has been talked about as a special talent ever since reaching the final of the US Open juniors at 13.