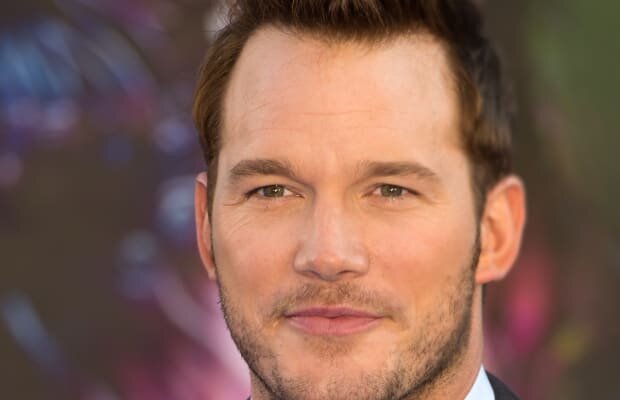 Who is Chris Pratt?

Chris Pratt is an American actor. Pratt rose to fame through his roles in the TV, including that of Bright Abbott in Everwood and Andy Dwyer in Parks and Recreation.

He then went on to achieve the leading man status after starring in 2 commercially successful films in 2014: The Lego Movie and Guardians of the Galaxy, continuing on with The Magnificent Seven and Passengers.

The following year, he starred in Jurassic World, his most financially successful film to date. Later that same year, Time named him one of the 100 most influential people in the world on the annual Time 100 list.

He is set to reprise his role of Star-Lord in Guardians of the Galaxy Vol. 2, Avengers: Infinity War, and an untitled fourth Avengers film.

Pratt was born Christopher Michael Pratt on June 21, 1979, in Virginia, Minnesota. He was born to Kathleen Louise (née Indahl), and Daniel Clifton Pratt.

He dropped out of community college halfway through the first semester. After working as a discount ticket salesman and daytime stripper, Pratt ended up being homeless in Maui, Hawaii. During that time, he slept in a van and a tent on the beach.

He recalled listening to the Dr. Dre album 2001 on a daily basis, to the point where he knew every lyric; a few years later, he rapped Eminem’s verses from the song “Forgot About Dre” promptly during an interview.

In 2007, on the set of Take Me Home Tonight, Pratt met actress Anna Faris, who played his love interest in the film. They were engaged in late 2008 and married in Bali on July 9, 2009.

The couple lives together in Hollywood Hills, California. Their son, Jack, was born in August 2012. However, the couple went on to announce their split in early August 2017.

His first TV role was in 2001 in The Huntress and regular TV role was as Harold Brighton “Bright” Abbott in Everwood. After its cancellation, he joined The O.C. for its fourth season. In 2009, Pratt began playing Andy Dwyer in Parks and Recreation. He also played in other TV series like The Batman, Ben 10: Ultimate Alien, Mom, etc.

Chris had an appearance on The Extreme Team, Walk the Talk, Jennifer’s Body, Wanted, etc. Pratt read for the lead role in the 2009 film Star Trek, and Avatar. The latter of the aforementioned audition was particularly humiliating for him.

In Moneyball, Pratt portrayed Oakland Athletics first baseman/catcher Scott Hatteberg. He was initially told that he was too fat, as he had gained 40 pounds. Deciding to lose weight, he worked out continuously, losing a total of 30 pounds. When he felt he had lost enough, he sent a photo of himself to the casting director and won the part.

In 2013, Pratt originally turned down the opportunity to play Peter Quill / Star-Lord in Guardians of the Galaxy, but later went on to play it. The role was a part of a multi-film deal signed with Marvel Studios.

Until that point, Pratt was known for playing supporting characters, which changed in 2014 after he headlined two feature films: The Lego Movie, and Guardians of the Galaxy.

In 2014, Chris was awarded the CinemaCon Award for Breakthrough Performer. That same year, he was ranked #2 on People magazine’s annual list of Sexiest Men Alive. Entertainment Weekly featured Pratt as its cover story on July 18, documenting the evolution of his physique over the course of the previous 12 years.

He himself poked fun at his oscillating physique in a musical number which he performed during his monologue while hosting an episode of Saturday Night Live on September 27, 2014.

An avid fan of Jurassic Park, Pratt, in November 2013, replaced Josh Brolin as the lead Jurassic World (2015). He played Owen Grady, who works training velociraptors and will reprise his role in a sequel, scheduled to be released on June 22, 2018.

His next film role was starring as Josh Farraday in the remake of 1960 western The Magnificent Seven. The film was released on September 23, 2016. Pratt’s second 2016 release was Passengers, a sci-fi movie.

Chris Pratt’s Salary and Net Worth

His salary depends on the projects, he has a net worth of $30 million.

There were some rumors that Chris and his co-star Bryce Dallas Howard had a fight between them, which both of them denied. Likewise, it was also rumored that Pratt was cheating his wife,Anna Faris, which she denied.

Standing at a height of 6 feet and 2 inches, Pratt has light brown colored hair and green eye color. His chest measures at 46 inches, waist at 35 inches and arms at 16 inches. At present, he reportedly weighs around 84 kg.

Vin Diesel, Childhood Biography, Family & Facts
Disney Entertainment Officially Buying All FOX For $71 Billion
Famous People Whose Deaths We Mourned in 2017.
The Top 10 Most Spoken Languages In The Entire World
Cristiano Ronaldo completes medical at Juventus – results find he has the physical strength of a 20-year-old