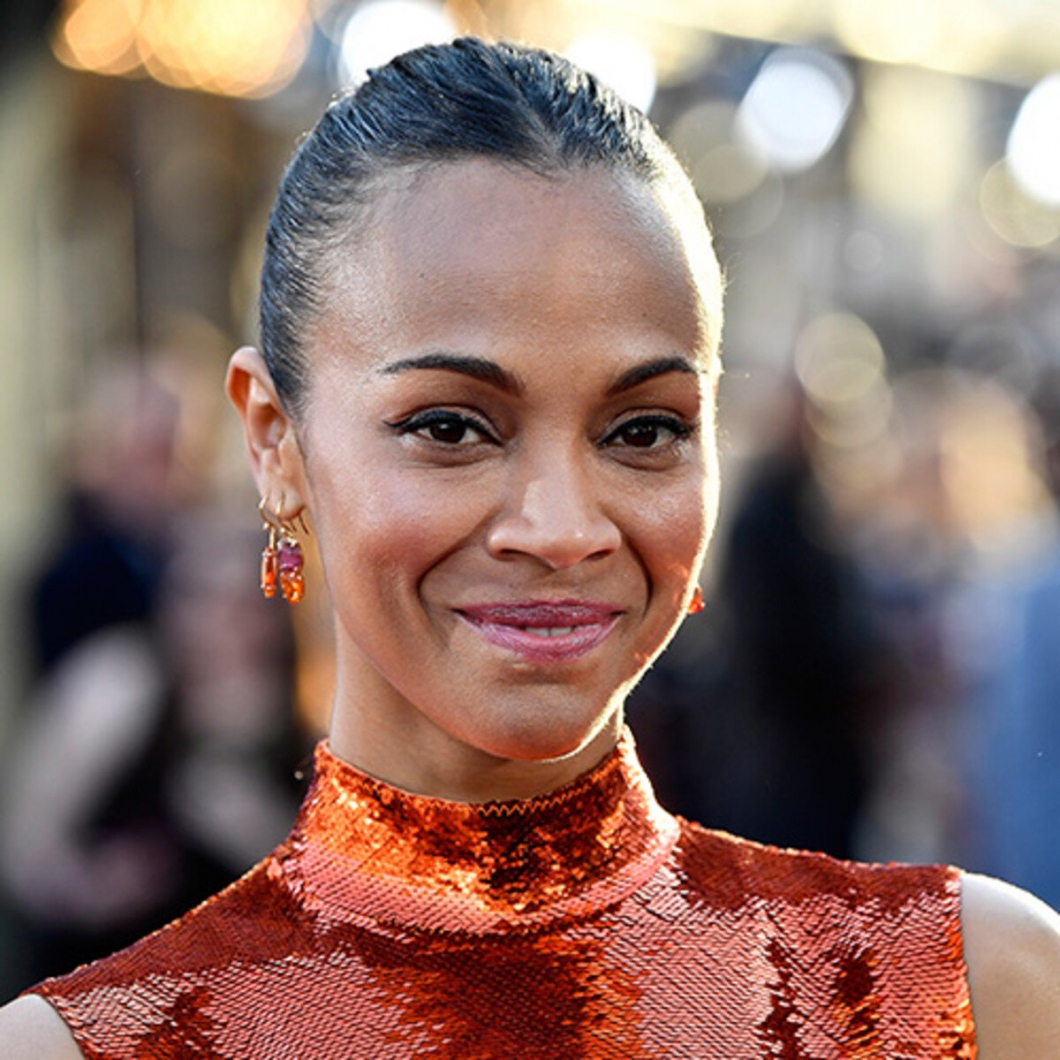 Who is Zoe Saldana?

Zoe Saldana is an American actress and dancer. She played Anamaria in Pirates of the Caribbean: The Curse of the Black Pearl. She is known for the role of Nyota Uhura in Star Trek (2009), Star Trek Into Darkness (2013), and Star Trek Beyond (2016) and also Neytiri in James Cameron’s Avatar.

Zoe Saldana was born on June 19, 1978, in Passaic, New Jersey, the USA. Her nationality is American and ethnicity is mixed(Puerto Rican and the Dominican Republic).

Her birth name is Zoe Yadira Zaldana Nazario. Her father Aridio Saldana was Dominican and her mother, Asalia Nazario is Puerto Rican. Zoe has 2 sisters Cisely and Mariel. She also has Lebanese and Haitian roots. Her childhood was spent in Jackson Heights, New York and was raised as bilingual, speaking English and Spanish. Later she moved to the Dominica Republic with his mother at the age of 9 after the death of his father in a car crash.

Zoe was engaged twice in her lifetime. She was engaged to her longtime boyfriend Keith Britton they shared a very romantic relationship but they ended their relationship after a long period of 11 years. Later she came in a relationship with the actor Bradley Cooper and were together for 2 years and split in 2013. The same year she was dating an Italian artist Marco Perego.

The couple married the same year in June in London. Marco adopted her surname when she revealed that she is in a reversal of tradition after which the couple became Zoe Saldana-Perego and Marco Perego-Saldana and their children will be Perego-Saldana. The couple has a twin as their son born on 2014, Bowie and Cy. Zoe also stated that their sons will be bilingual. Zoe gave birth to another son in February 2017, Zen.

Zoe debuted her career as a guest spot in an American television series in Law and Order and her first film role was in Center Stage (2000) which was the background story of the various ballet dancer. Later she worked in various groups of films in supporting role.

Zoe played as Anamaria in Pirates of the Caribbean: The Curse of the Black Pearl after which she decided to quit acting because she was disrespected in the set and never appeared in its franchise film.

Later she worked as an immigration officer, Dolores Tores in The Terminal, a role that helped to work in the film Star Trek. In 2004 she appeared in Haven and Temptation. Zoe also worked in Constellation, Guess Who with Ashton Kutcher, and Dirty Deeds. She also did a romantic comedy-drama Premium and After Sex.

She also did television film Blackout in 2007. The film was premiered at Zurich Film Festival. Her profiles were raised with high after she performed in Star Trek as Nyota Uhura. The film was a box office success grossing $385.7 million.

Her fame raised to more heights when she acted in the movie Avatar by James Cameron and did the business of $2.7 billion worldwide. The film won 10 out of 10 awards in 36th Saturn Awards.

In 2010 she worked in  The Losers as Aisha al-Fadhil for which she had to gain her wait to carry weapons for 8 hours a day. She also worked in Takers, Death at a Funeral and Burning Palms the same year. Zoe also did an ad for Calvin Kelin’s ”Envy”.

She was portrayed as a professional assassin in 2011 crime drama Colombiana and also acted in the romantic comedy The Heart Specialist. Her movie The Words was less popular at the box office.

In 2013 Zoe again played in the sequel of Star Trek in the same role. The film was again a box office success collecting $467,365,246 worldwide and was ranked 14. She also gave her voice in the game version of star trek.

Guardians of the Galaxy was her another hit as Gamora which was the third highest grossing film and was the highest grossing superhero film of 2014. She was also a star of Rosemary’s Baby, a television miniseries.

In 2016, Zoe was also the cast of Nina, an unauthorized biopic about the jazz musician Nina Simone. The same year she again worked for the third sequel of Star Trek which released in July and also in crime drama Live by Night.

Zoe is yet to come in the sequel movie Avatar 2. Her other film is Avengers: Infinity War which is scheduled to release in May 2018.

Zoe Saldana: Salary and Net Worth

Her total net worth is $14 million whereas her yearly income is not calculated.

Ben Affleck is rumored to have an affair with Zoe Saldana. But the news is that Affleck and Jennifer Garner are still together co-parenting their kids even after their separation more than a year now. With this, sources have been hopeful that the two may again come together in the future.

Childhood,Biography,Net Worth, & Facts of Clifford Sobel