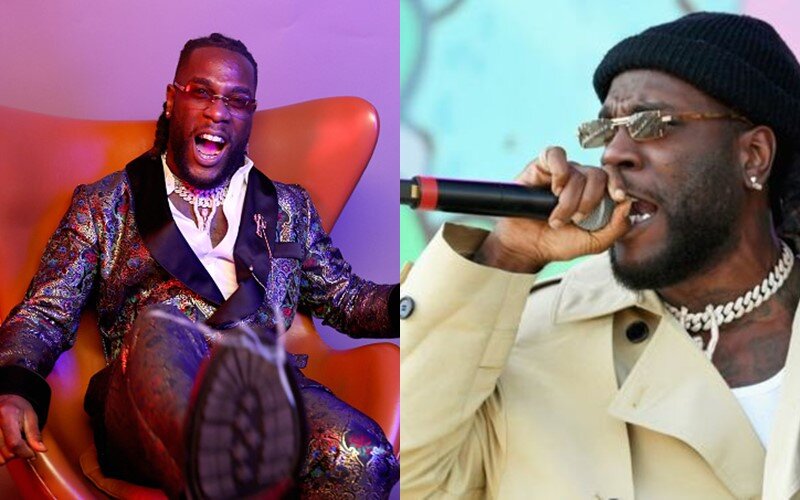 Who is Burna Boy?

Burna Boy is a Nigerian born award winning Afro-fusion singer and songwriter also known as Damini Ogulu (born 2 July 1991). He rose to stardom in 2012 after releasing the lead single “Like to Party” from his debut studio album, L.I.F.E (2013). In 2017, Burna Boy signed with Bad Habit/Atlantic Records in the United States and Warner Group internationally. His third studio album Outside marked his major-label debut.

Aristokrat Records released Burna Boy’s debut studio album L.I.F.E on August 12, 2013. It serves as the follow-up to his second mixtape, Burn Identity (2011). L.I.F.E sold 40,000 copies on the first day of its release. Aristokrat Records later sold the album’s marketing rights to Uba Pacific for ₦10 million. The release of the album was preceded by five singles: “Like to Party”, “Tonight”, “Always Love You”, “Run My Race” and “Yawa Dey”.

The album received generally positive reviews from music critics, who applauded its versatile production. It was nominated for Best Album of the Year at the 2014 Nigeria Entertainment Awards. In August 2013, L.I.F.E peaked at number 7 on the Billboard Reggae Albums chart.

In 2014, Burna Boy split from Aristokrat records. In 2015, he created his own record label called Spaceship Entertainment.

He released his second album On a Spaceship on 25 November 2015. In September 2016, he released the 7-track EP Redemption, with the lead single “Pree Me” debuting on Noisey.

Outside and African Giant

In January 2018, Burna Boy was featured on “Sunshine Riptide”, a track from Fall Out Boy’s Grammy-nominated seventh studio album, MANIA (2018). He released his third studio album Outside on January 26, 2018. Described as a mixtape by the singer, Outside consists mostly of Afrobeats, dancehall, reggae and road rap.

It features guest vocals from English musicians J Hus, Lily Allen and Mabel. Outside was supported by six singles: “Rock Your Body”, “Streets of Africa”, “Koni Baje”, “Sekkle Down”, “Heaven’s Gate” and “Ye”. Its production was handled by Leriq, Baba Stiltz, Jae 5, Juls, Chopstix, Steel Banglez, Fred Gibson, Phantom and FTSE. The album received critical acclaim and was ranked by Pulse Nigeria and Nigerian Entertainment Today as the best Nigerian album of 2018.

It won Album of the Year at the 2018 Nigeria Entertainment Awards. In February 2018, Outside debuted at number 3 on the Billboard Reggae Albums chart. The album’s biggest single “Ye” ended up atop most Nigerian publications year-end list as the biggest song of 2018.

On 7 October 2018, Burna Boy performed before a sold-out crowd at London’s O2 Academy Brixton. A day prior to the show, he held a pop-up event at Red by Little Farm and sold limited boxes of his Space Puffs cereal, as well as custom notepads, lighters and graphic tee-shirts.

On 9 October 2018, Burna Boy was announced as one of Spotify’s New Afro Hub Takeover Artist. The announcement coincided with him being named YouTube’s Artist on the Rise for 3 months.

On 3 January 2019, he was announced alongside Mr Eazi as one of the artists performing at the 2019 Coachella Valley Music and Arts Festival. He won four awards at the Soundcity MVP Awards Festival, including African Artiste of the Year, Listener’s Choice and Best Male MVP.

Burna Boy’s fourth studio album African Giant was released on July 26, 2019. It has been supported by five singles: “Gbona”, “On the Low”, Killin Dem”, “Dangote” and “Anybody”, a cover of Angelique Kidjo’s song “We We”. He began recording the album in 2018.

He told Billboard magazine that the album is his most personal yet. He first revealed plans to release the album in April 2019, and held a private listening session in Los Angeles. Photos and videos from the listening session were shared on social media. African Giant was initially announced as a 16-track album.

Watch my brother @Trevornoah and I on the daily show tonight @ 11pm EDT pic.twitter.com/n1GFX5CeUJ

On June 24, 2019, Burna Boy won Best International Act at the 2019 BET Awards. In July 2019, Burna Boy was announced as Apple Music’s Up Next artist. His inclusion into the program was accompanied by a Beats 1 interview with Julie Adenuga and a short documentary.

Burna Boy’s is in relationship with Stefflon don. He went all out to spoil his new love interest, Stefflon Don with an amazing Valentine’s day surprise. An obviously thrilled and excited Stefflon Don took to her Instagram page on Thursday, February 14, 2019, where she posted a series of videos from her Valentine’s Day surprises.

The Nigerian reggae-dancehall singer Burna Boy’s estimated net worth is $22 million, a fortune that he has amassed in a matter of few years with his immense talent. He is considered to be one of the richest Nigerian musicians that the world has seen in the recent past.

He also launched his own ATM with burna notes in Brooklyn, New York, USA.