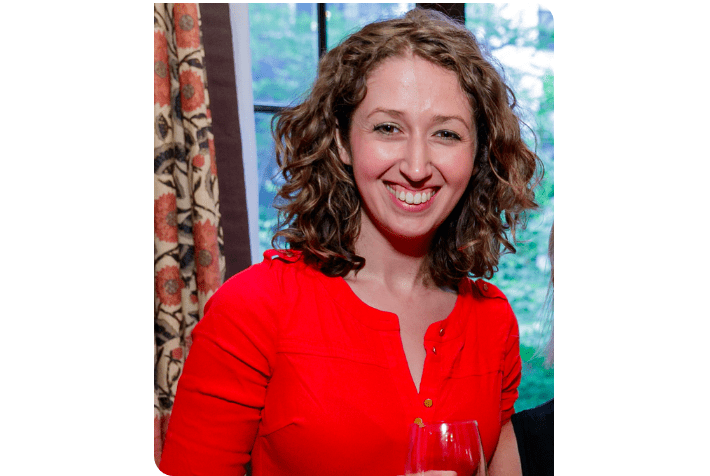 Who is Brooke Nevils?

Brooke Nevils is an American Journalist, television producer, and former NBC News Host that is alleging Matt Lauer raped her in his hotel room at the 2014 Sochi Olympics.

Variety.com received a copy of Ronan Farrow’s new book “Catch and Kill,” where he interviews Nevils, who describes the incident in detail.

Nevils’ complaint was the catalyst to Lauer fired as co-anchor of the “Today” show in 2017. NBC had kept her identity and the details of the allegations silent until now.

Nevils graduated from Johns Hopkins University with a double major in political science and the Writing Seminars.

She was a TV producer at NBC working at 30 Rockefeller Plaza until 2018 when she went on medical leave after leaving NBC and allegedly receiving a seven-figure payout from them.

She billed as a producer on several high profiles shows for NBC including Headliners, 90 Day Fiancé: Happily Ever After?, and Royal Wedding Watch

According to Variety, A representative for Lauer did not immediately respond to Variety’s request for comment. NBC News declined to comment.

After colleagues urged her to report the 2014 incident, she went to NBC Universal human resources with a lawyer.

Her report caused NBC Universal to fire Lauer. In Farrow’s book, Nevils alleges that President of NBC News Noah Oppenheim and Chairman of NBC News and MSNBC Andrew Lack were emphasizing that the incident hadn’t been ‘criminal’ or an ‘assault.’ She claims that when she heard this, she threw up.

NBC Universal promised her anonymity, but the company said internally that the incident happened at the Sochi Olympics.

This detail limited the number of possible complainants, and her colleagues eventually figured out it was her.

Nevils’s work-life became torture, Farrow writes. She was made to sit in the same meetings like everyone else, discussing the news, and in all of them, colleagues loyal to Lauer cast doubt on the claims, and judgment on her.

Nevils claims she never wanted money, but NBC still paid her seven figures after she went on medical leave in 2018.

The network proposed a script she would have to read, suggesting that she had left to pursue other endeavors, that she treated well, and that NBC News was a positive example of sexual harassment, According to Farrow.

After graduating from Johns Hopkins in 2007, Nevils moved to New York City and got a job as a page for NBC at 30 Rockefeller Plaza. She started out greeting guests and getting them to the set in time for their interviews.

In an interview with Arts & Sciences Magazine, Nevils says she had injured her leg in a water skiing accident right before starting and was forced to work injured her first week on the job.

In my first week at The Today Show, I was taking Vicodin for my leg and getting up at 3:30 a.m. to get to work.

She told Arts and Sciences. It was certainly the last place in the world. I saw myself getting a job. But it worked out.

One of the first fires she had to put out was finding actor Robert De Niro’s wallet after he lost it in a New York City cab. Shortly after Robert De Niro arrived at the studio, his manager told Nevils he had left his wallet in their booth.

I can’t leave Bobby, De Niro’s manager told her. You’ve got to get it back for me. Nevils eventually found the booth, found the wallet, and returned it to the Academy Award-winning actor.

She Nominated for an Emmy for Her Work on a Meredith Vieira Documentary Whose Subject Was Later Found to Be a Con Man.

Nevils intimates to Farrow that she had more sexual encounters with Lauer when they returned to New York after the rape incident. However, she adds that during the subsequent times, “It was completely transactional. It was not a relationship.” Lauer was eventually fired after Nevils reported him to NBC network executives.

Accuser of being raped by Matt Lauer

Brooke Nevils allegations on Matt Lauer in the upcoming book ‘Catch and Kill.’

A new report reveals a rape allegation against former NBC News anchor Matt Lauer, and a claim it was ignored. @Variety reveals that in an interview with @RonanFarrow, former NBC News employee Brooke Nevils says Lauer raped her in a hotel room in 2014. https://t.co/ZJ8zPj3EPL pic.twitter.com/3NxhpeS78O

The former NBC News employee alleged that Matt Lauer anally violated her in his hotel room at the 2014 Sochi Olympics. During that time, she was working with former “Today” co-anchor Meredith Vieira and was covering the Olympics.

Later, one night, Brooke Nevils was drinking with Meredith Vieira at the hotel bar where the NBC News team was staying, and they met Matt Lauer, and he also joined them. Brooke revealed that she had six shots of vodka and ended up going to Lauer’s hotel room twice.

Once to get her press credential and when she was was back in his hotel room for the second time after Matt invited her back.

Brooke Nevils said Matt was wearing a T-shirt and Boxer and forced her against her will and raped her. This incident occurred during the 2014 Sochi Olympics, and some source says she was in a relationship with Matt Lauer since then.

But until 2017, when the me-too movement led her “Today” show colleagues to ask about Lauer and urge her to report the incident to NBC.

In 2017, Matt fired from the Today Show after two claims of Sexual assault. The encounter was excruciatingly painful.

It hurt so bad. I remember thinking: Is this normal?” She told me she stopped saying no, but wept silently into a pillow.

Lauer then asked her if she liked it. She tells him yes. She claims that “she bled for days.

Matt Lauer has issued a letter in response to a rape accusation made against him by former NBC News staffer Brooke Nevils. In the lengthy open letter, the disgraced former Today show host denies ever sexually assaulting Nevils, saying the two engaged in a consensual affair.

Nevils spoke out publicly for the first time about her accusation against Lauer in an interview with Ronan Farrow for his upcoming book, Catch and Kill. Variety obtained a copy of the book and published parts of Farrow’s interview with Nevils.

The 35-year-old former NBC News producer told Farrow that Lauer anally raped her in a hotel room in Sochi, Russia, at the 2014 Winter Olympics. Both were there working for NBC at the time.

Nevils had previously remained anonymous, but her accusation led to Lauer being fired by NBC from his Today show job in 2017. Lauer was also accused of harassment and sexual misconduct by other women.

In his letter, Lauer said he did not rape Nevils. He said he has not spoken out during the two years since his firing, but said his silence was a mistake.