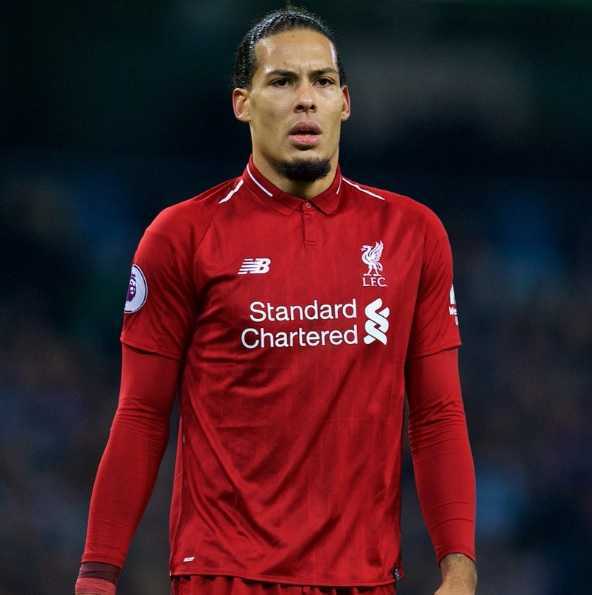 Who is Virgil van Dijk?

Virgil van Dijk is a Netherland born  professional-soccer player who plays as a center back. Currently, he was signed to Liverpool for £75 million from Southampton. Before now, he has played for Southampton, Celtic, and Groningen. As an international-player, Virgil has represented the Dutch U19 and U21 team before playing for the senior team.

Just a kid from Breda, becoming a Premier League Champion. This is a dream come true but also an opportunity for me to remind every kid in the world that anything is possible. Hard work & perseverance! Don’t let anyone’s ignorance, hate or negativity stop you from being the best you can be! Thanks to my family, fans, teammates and the whole staff! ❤️ Liverpool this is for YOU! ?

Virgil was born on 8 July 1991, Breda, Netherlands. Talking about his current nationality, he is Dutch and his ethnicity Mixed-Dutch-Surinamese. He is the son of Ray Van Dyke and Hellen Fo Sieeuw. From the beginning of his childhood, he had a keen interest in football and began to play at a very early age.

Virgil began his career with Willem II. In 2010, he moved to Groningen on a free transfer. During his two seasons at Groningen, he appeared in 62 matches and scored seven goals. On 21 June 2013, the Dutch international signed with Celtic for a fee of around £2.6 million on a four-year contract.

Furthermore, he made his debut on August 17, 2013. Later, on 9 November, he scored his first goal in a 4–1 win against Ross County. He helped his team to win the league scoring a free-kick.

Moreover, Virgil signed a five-year contract with Premier League club Southampton for a fee of £13 million. Later, he made his debut against West Bromwich Albion.

In the 2015-16 season, he also became the Southampton Player of the Season. Recently, on 27 December 2017, Liverpool confirmed the signing of Virgil from Southampton for a record-breaking fee of £75 million. The transfer will take place on January 1 when the transfer window opens.

Concerning in his international career, he has already represented Netherlands U19 and U21 level. On 10 October 2015, the 26-year-old made his full international debut in a 2–1 victory away from home against Kazakhstan in a UEFA Euro 2016 qualifier. As of now, Virgil has played in 16 matches for the Netherlands senior team.

Being a professional football player, he pockets an enormous amount of money from his profession. Currently, he is the world’s expensive defender and earns millions of dollars. He has a salary of £150,000. and net worth of £15 million.

Virgil van Dijk is an unmarried man. Currently, he is a relationship with Rike-Nooitgedagt. The couple has been dating from a very long time. He has seen many times in the public and media along with his partner. Apart from her, he has never seen with anyone and there is not even a single rumor of an affair.

Currently, Virgil and Rike are enjoying their beautiful life and living elegantly. In 2014, this couple was blessed with a daughter, Nila van Dijk.

So far, there are not any drastic rumors regarding his personal and professional life. Further-more, he has never faced any controversy to date. It seems he has full concentration on his career rather than stuck in any controversy.

Virgil van Dijk has a height of 6 ft 4 inches and weighs 92 kg. Furthermore, he has a black pair of eyes and black hair. More-over, there is not any information regarding his other body measurements.