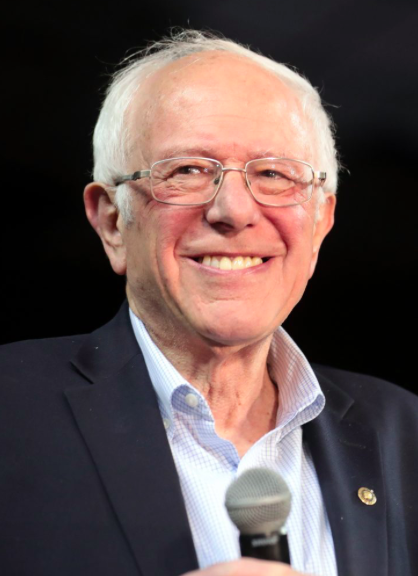 Who is Bernie Sanders?

Bernie Sanders is an American born politician who has been the young Senator from Vermont since 2007. Additionally, he is the longest-serving politician in the United States congressional history. He gained international recognition due to his campaign against Hillary Clinton for the party’s 2016 U.S. presidential nomination.

Bernie Sanders was born in Brooklyn, New York City, New York on September 8, 1941, to father Elias Ben Yehuda Sanders, a paint salesman, and mother Dorothy “Dora” Sanders. Sanders became interested in the world of politics since his early life. He had quite a rough childhood as his relatives in German-occupied Poland were killed in the Holocaust, including his father’s half-brother, Bernie’s uncle Abraham Schnützer.

Talking about his education, Sanders attended elementary school at P.S. 197 in Brooklyn. Additionally, he attended Hebrew school in the afternoons and celebrated his bar mitzvah in 1954. Furthermore, Sanders attended James Madison High School.

There, he was captain of the track team and took third place in the New York City indoor one-mile race. He studied at Brooklyn College for a year in 1959–60. Eventually, he transferred to the University of Chicago and graduated with a bachelor of arts degree in political science in 1964.

Career, Salary and Net Worth

Bernie Sanders lived on a kibbutz in Israel before settling in Vermont after his graduation. Initially, he worked a number of jobs, including filmmaker and freelance writer, psychiatric aide, and teaching low-income children through Head Start. Sanders made several unsuccessful bids for public office as a member of the anti-war Liberty Union Party during the 1970s. He got elected as mayor of Burlington, Vermont, by only 12 votes in 1981.

Later, Bernie Sanders scored a 1990 win for a seat in the U.S. House of Representatives. Next, he planned to switch to the Senate in 2006, running against Republican businessman Richard Tarrant. During his time in the Senate, Sanders has served on several committees on issues. In addition, he is a member of the Committee on Budget; the Committee on Health, Education, Labor, and Pensions; the Committee on Veterans Affairs and the Joint Economic Committee.

Bernie Sanders announced in April 2015 that he was seeking the presidential nomination for the Democratic Party. Furthermore, he made impressive strides in challenging Hillary Clinton. Additionally, his campaign reportedly raised over $96 million dollars in total contributions. After his campaign came to a close, he put his full support behind Clinton. Eventually, on July 12, 2016, Sanders endorsed Clinton for president.

Sanders made history as the only presidential candidate to ever be invited to the Vatican to speak on moral, environmental and economic issues. He has also won Col. Arthur T. Marix Congressional Leadership Award. Sanders currently has a salary of about $174,000. Additionally, he has an estimated net worth of around $ 1 million.

Sanders became part of a controversy due to his speech at the Women’s Convention during October 2017. Additionally, Sanders’ campaign was accused of deliberately and improperly accessing information about the Hillary Clinton campaign during a brief (30-40 minute-long) data security lapse.

The vermont senator had two stents inserted in an artery after experiencing chest soreness at an occasion. his campaign canceled all  his activities will be stalled as he might be resting for numerous days.

In addition, he indirectly became part of another controversy after FBI were reportedly looking at allegations against his wife Jane Sanders of fraudulently obtaining a loan to purchase 33 acres of land for the expansion of Burlington College in 2010. Currently, there are no rumors concerning Sanders and his career.

Talking about his body measurement, Sanders has a height of 1.83 m. Furthermore, his hair color is grey and eye color is dark brown.