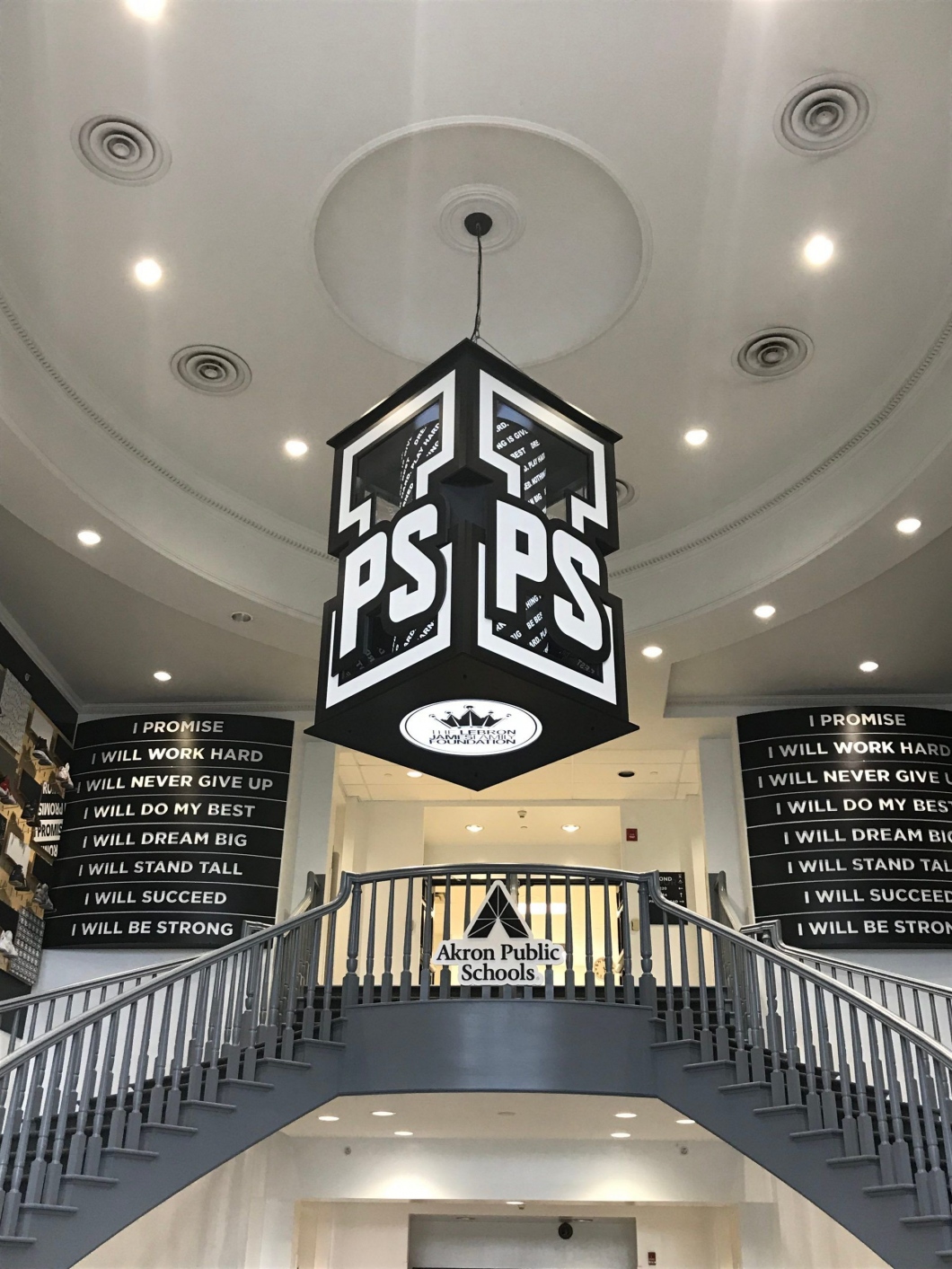 LeBron James has opens new public school in Akron: ‘One of the greatest moments’ of his life

LeBron James’ new school is much more than a school.

It meets the basic definition, of course, but not only will James’ I Promise School help some of Akron’s most challenged students with education and support, it will provide educational, career and emotional support for parents.

“We are going to be that groundbreaking school that will be a nationally recognized model for urban and public school excellence,” I Promise principal and Akron native Brandi Davis said. “We are letting people know it is about true wrap-around support, true family integration and true compassion.”

The I Promise School, which is part of the Akron Public Schools, opens Monday for 240 third- and fourth-graders. The school will expand year by year, going to second and fifth grades next year until it is grades 1-8 by 2022.

“Looking at reading data, we identified students who were a year, two years behind in reading,” said Keith Liechty, the Akron Public Schools’ liaison to James’ foundation. “From that, we had more than 120 kids.

We had to put a cap on it so we could fit under one roof. We did a random selection of all students who met that criteria and got to make these awesome phone calls to parents and say, ‘How would you like to be part of something different, the I Promise School.”

The school is a partnership between Akron and the LeBron James Family Foundation, and the idea originated a few years ago when James and his foundation’s leaders planned the next step in their effort to help students.

The name of schools stems from the foundations road map for students who promise to go to school, do their homework, listen to teachers, ask questions and find answers, be respectful of others and live a healthy life.

Opening a new public school isn’t easy without population growth or rapidly developing areas of a district, but James didn’t let obstacles get in the way even as Akron shut down other schools.

On Sunday, James tweeted, “The jitters before the first day of school are real right now!!! Tomorrow is going to be one of the greatest moments (if not the greatest) of my life when we open the #IPROMISE School. This skinny kid from Akron who missed 83 days of school in the 4th grade had big dreams.”

As much as James is appreciated for his excellence on the court, his foundation will be his greatest lasting achievement – his life’s work that is much more important than basketball.

In a way, the I Promise School is modeled after James’ childhood only more organized and professional. As kid, James, who attended Akron Public Schools for eight years, and his mom, Gloria James, had help from the community – people who looked after them and made sure they got what they needed.

Michele Campbell, the executive director of James’ foundation, teared up Sunday when describing what the new school means.

“LeBron missed a lot of school in the fourth grade. It’s well-documented,” Campbell said. “We all know which path he took. He took the right path with some very good people around him and now we know him as the world’s best basketball player.

He could’ve taken the other road, and we would’ve never known LeBron James. He would’ve been a statistic like a lot of students who drop out of school.

“Every one of these kids, maybe they don’t become LeBron James on the basketball court, but they become the LeBron James of their passion and dream in life. We’re coming to them at a time when people came to LeBron and Gloria and wrapped around them and believed in them before he was this great basketball player.”

The building is a renovated school, coincidentally located just down the street from St. Vincent-St. Mary, where James attended high school. School officials didn’t have access to the building until seven weeks ago, and staff have been working seven days a week to get the school ready for Monday’s opening.

The entrance to the school features a split staircase with the IPS and LeBron James Family Foundation logos. High on the walls at the entrance are 114 sneakers worn by James. The corresponding pair will be sold by Upper Deck and proceeds will help fund the school and the foundation.

you can also read : How to Become a Pro Wrestler (Tips From the Super-Stars )

The walls of the school are lined with photos of James and children at foundation events. Students will be stocked with school supplies, and teachers will have the tools they need, including a faculty lounge stocked with snacks and beverages and access to workout trainers.

The classrooms will hold 20 students for every teacher, and 12 teachers have been hired for the 2018-19 school year.

There are 43 academic staffers, including a principal, assistant principal, four intervention specialists, tutor, English as a second language teacher, music instructor and a gym teacher.

Students will be served breakfast, lunch and a snack daily.