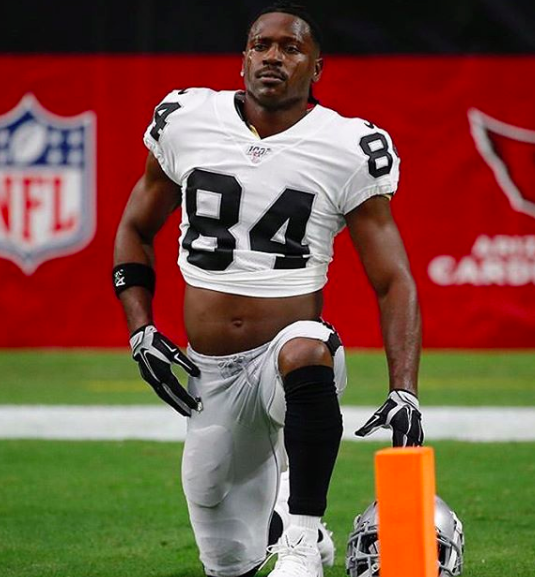 Who is Antonio Brown?

Antonio Brown is an American-born professional footballer. There are some players that many others would like to be similar to when it comes to the sport. One of them is the wide receiver of Pittsburgh Steelers, Antonio Brown.

Antonio Brown joined the National Football League (NFL) in 2010 and thanks to his many successes, he has become a player to be reckoned with in the league. In addition to football, Antonio has been able to maintain a pretty exciting lifestyle.

On July 10, 1988, the NFL star was born in Miami as Antonio Tavaris Brown Sr. He was raised mainly by his mother Adrianne Moss together with his brother Desmond-Brown in Miami. Much later in his youthful years he left because of problems with his stepfather.

Antonio Brown interest is in football, from the moment he began to walk as a child, and this is not surprising since his father, Eddie Brown, was a great receiver, who was also became famous in the Arena Football League (AFL) at the time, where he had a very successful career. This is despite the fact that his father was not so much in his life when he was growing up.

For his education, Antonio went to the Miami Norland High School and from there, he proceeded to the Central Michigan University. While in high school, he was into football and track. He continued to play college football and had a wild record of 110 receptions in 2009 and a college career record of 305 receptions, he then decided to enter the NFL Draft of 2010.

Antonio got selected in the sixth round by the Steelers and made his debut in the game against the Tennessee Titans in September of the same year. Through his career, all of which he has remained with the same team, Brown has made 6 Pro Bowl appearances, four All-Pro, and was named NFL receiving yards leader as well as NFL receptions leader twice each.

“It was dark clouds over us but that was perfect for us “ pic.twitter.com/QdCTnVnOfE

As indicated, Antonio Brown has only played for the Pittsburgh Steelers since he began his NFL career in 2010. Since then, he has played over 115 games in the process of which he has recorded 733 receptions, gaining 9,910 receiving yards. More so, he has averaged 15.2 and 59 touchdowns.

Becoming the first player in the NFL to have more than a hundred receptions, over 1200 receiving yards, and make more than 5 receiving TDs in five straight seasons, the Wide Receiver was ranked the second on the NFL Top 100 Players of 2018 list, with Tom Brady as the only man above him.

In case you are wondering, Antonio Brown has never had a wife since he has never been married. Nevertheless, he has been in a number of relationships in the past. His relationship life has not been the most silent or uneventful you will hope to have.

The most popular relationship that Antonio Brown has had was with Chelsie Kyriss. Although she has two children from a previous relationship, Kyriss seems to be having a great relationship with Antonio and some friends were said to have even asked him to pop the question and make her his wife. More than six years and three kids later, the two are still together.

Nonetheless, it has not been a relationship without its own problems as they had a little break in 2017 when the footballer was linked to Instagram model and aspiring actress, Jena Frumes. At the time, Chelsie was pregnant with the couple’s third child.

It’s been a long, transformative offseason, and @AB84 is a big reason why. He’s put in the work, ready to remind everyone what he does on Sundays.

Interestingly enough, before both Chelsie Kyriss there was Shameika Brailsford whom he had dated in the past. The relationship between the two did not go without its problems, but it produced a son Antonio Brown Jr. who was born in 2007.

Antonio Brown Salary and Net Worth

Antonio has not only been in the NFL for a very long time, he has also been a very significant player who has definitely written his name with good ink. That said, has come to make for himself fortune from the sports he has come to love and play. It is this that has given him a net worth that is estimated at $16 million.

In 2017, he signed a 4-year contract extension that would keep him in Pittsburgh for a much longer time. Based on the contract which has been valued at $60 million and which has made him the highest paid receiver in the NFL, his annual salary is $18.5 million until the end of the 2021 season.

This Catch was beyond great mane?. Y’all just keep hating on AB,he just going to show y’all why he is the best in the league. #CallGod??? @ab