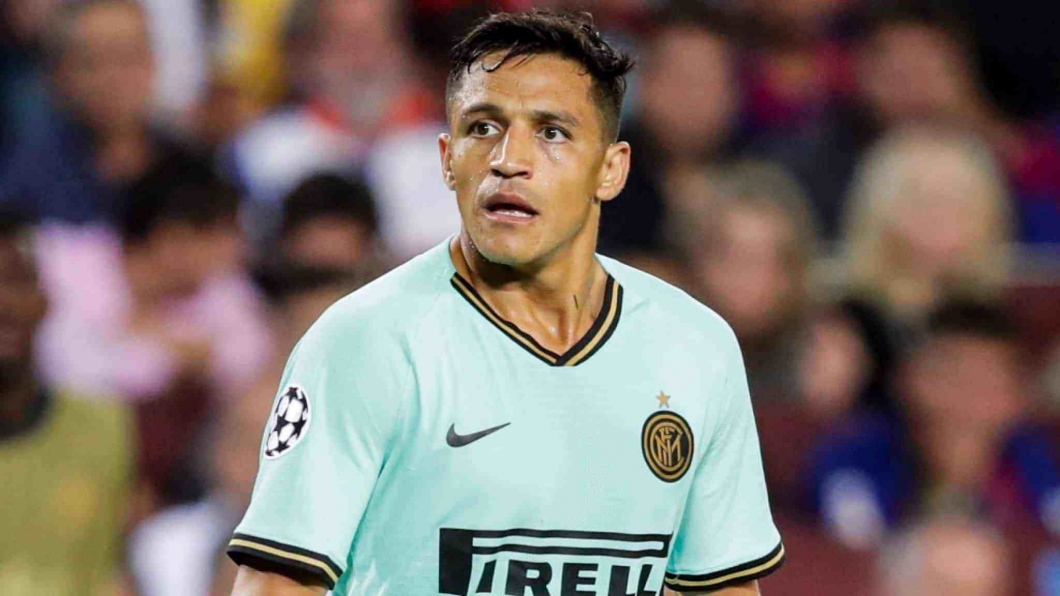 Who is Alexis Sanchez?

Alexis Sanchez is a professional soccer player, who represents Chile in international level. Furthermore, he also plays for English Premier League side Arsenal as a winger. As a successful soccer player, he has also played with La Liga giant Barcelona winning La Liga in the 2012-13 season and UEFA Super Cup in 2011.

In addition, he has also won the Golden Ball in Copa America 2016. Moreover, Alexis has also lifted the Copa America triumph twice, 2015 and 2016.

Alexis Sanchez was born on December 19, 1988, in Tocopilla, Chile. Talking about his early life, Alexis grew up with his family. From the beginning of his childhood, he was pretty forward in football.

As a child, he had a keen interest in football and began to play football in the early age.

Furthermore, there is not any information regarding his educational background.

Alexis Sanchez has been linked up with many girls. Currently, he is in relation with Chilean actress and Instagram model Mayte Rodriguez.  The Chilean football star has recently confirmed his relationship with the beauty by uploading a video on Instagram with her.

In 2010, he began dating with Chilean TV actress Tamara Primus after meeting her at a nightclub in the Chilean capital, Santiago. After the short term relationship, the Chilean football had a short affair with Roxana Munoz, movie actress. In the same year, Alexis met the dancer Valentina Roth carried their relationship for a year and then broke up.
Furthermore, the football star began dating with Brazilian actress and model Michelle Carvalho in March 2013.

In 2013, Alexis Sanchez started to go out with Spanish art gallery director Laia Grassi. Moreover, Laia was seen several times at the Emirates Stadium when Alexis moved to Arsenal. However, they couldn’t carry their relationship too long and split up after a year. It was rumored that the Chilean football sensation had alleged affair with former Miss Chile Camila Andrade.

.@Alexis_Sanchez has been chatting to the #PL about pre-season, his ambitions and #MUFC‘s returning #WorldCup stars… pic.twitter.com/4JjwVRZ7XY

Alexis Sanchez began his professional football career with Cobreloa in 2005. He played for the club in one season scoring nine goals in 47 matches. In July 2008, he moved to Italian side Udinese and made his debut on 14 September. Furthermore, he netted his first goal for Udinese on 19 October 2008, against Lecce.

Later in 2007, the forward switched to River Plate on a loan. He appeared in 23 matches for the club scoring four goals. On 20 July 2011, Alexis joined Spanish giant Barcelona for €26 million.

On 14 February 2012, the Chilean ace netted his first Champions League goal against Bayer Leverkusen. In addition, Alexis smashed a winning goal in a win over Real Madrid in the 2013–14 La Liga season. As a Barcelona player, he has scored 39 goals in 88 matches.

On 10 July 2014, Alexis moved to Arsenal for a transfer fee of £31.7 million. In the pre-season Emirates Cup tournament, he made his debut for Arsenal. Alexis hit his first league goal against Leicester City in a 1-1 draw. In his first season, he became a huge success at Arsenal netting 25 goals which also include a goal in the 2015 FA Cup.

Furthermore, he was awarded as the 2015 PFA Fans’ Player of the Year. Furthermore, Alexis Sanchez scored in four consecutive matches in the 2015-16 season which also includes a brace against West Bromwich Albion.

In the 2016-17 season, he changed his jersey no from 17 to 7. In the same season, he scored his first Champions League goal against PSG in a 1-1 draw. Moreover, the Chilean star also won the FA Cup scoring an opening goal against Chelsea in a 2-1 win. So far, Alexis has smashed 53 goals in 103 matches for the club.

Prior playing for the senior side, he played for the Chile U20 team from 2006-08 in 18 matches. As a senior player, he appeared in his first match on 27 April 2006. At the FIFA World Cup qualification games, Alexis scored four goals. Alexis was the main player in the squad which won the 2015 Copa America against Argentina.

Alexis scored a brace in a 4-2 win over Panama in the 2016 Copa America. Same as in 2015, Chile again lifted the famous Copa America title. In addition, he was also the Golden Ball winner in the tournament.

Alexis is earning a huge amount of money from his club and endorsements. Currently, he is earning $180,600 as a weekly salary at Arsenal. Back in February 2017, he endorsed with Pepsi. He has a net worth of $30 million.

Currently, there is a rumor of Alexis that he will leave Arsenal and probably join Manchester City. However, Arsenal manager Arsene Wenger clearly denied it and said he wants to keep Alexis in Arsenal. As the transfer window is coming to an end, his transfer news is accelerating.

Furthermore, the Chilean international also wants to play in the Champions League as Arsenal couldn’t make into the top four. Back in April, Alexis faced a controversy after getting a yellow card against Leicester City. The 28-year football star became the topic of controversy after he threw himself in a dramatic way after Christian Fuchs throw-in ball hit in Alexis’ face.

Alexis has a sturdy body with the height of 5 ft 6 inches and weighs 62 kg. He has an athletic build with 41 inches chest, 14.5 inches biceps, and 31 inches waist. Furthermore, he has beautiful black eyes and dark brown hair.