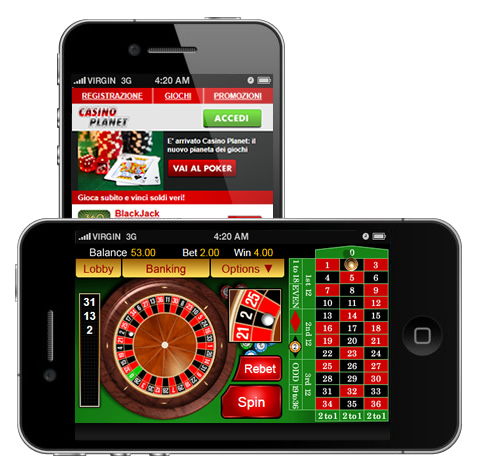 The way is being paved for casinos on inland New Jersey to extend gaming to mobile devices, in two newly announced bills. This would allow gamers to continue playing while at dinner, in the lounge or even around the pool. The bills are being aimed at the younger generation of gamblers who frequently use devices such as smart phones and tablet computers in their daily lives.
Proposals:
The proposals, backed by the Senate State Government, Wagering, Tourism and Historic Preservation Committee, including New Jersey State Senator Jim Whelan, Chairman of the Committee, would allow casinos to provide clients with gambling games on authorized devices while on the premises.
The bills will not dramatically change the current laws but could help casinos add more variety to gaming, according to Whelan. In addition, the bills include a tax credit program to develop projects outside the gaming industry in Atlantic City.
The legislation is now due to be reviewed by the full New Jersey State Senate before it can be passed. The legislation mimics that of Nevada, where mobile gambling has been legal since 2005. Gamers can play almost everywhere within a casino except their rooms.
Support:
The proposals have seen additional support from attorneys Joseph Tyrrell and Joseph Dougherty, representatives of the Casino Association of New Jersey, who believe mobile gaming, will keep gambling up to date.
Atlantic City is a main source of tourism in New Jersey, fueling much of the economy for the southern region the state. The new bills could add to the attraction to the resort that has high competition with casinos in other states.
Development Projects:

The proposals have seen some criticism in regards to the value of the tax credit program, intended to give non-gaming development projects $20 million credit against state taxes, provided the project costs at least $20 million and produces a minimum of 100 jobs. Previously, the eligible projects were required a minimum of $50 million in investment with 250 new jobs. Senator Barbara Buono, D-Middlesex, questioned why the threshold should be lowered in these bills. To Greater Atlantic City Chamber President Joseph Kelly, these are big projects that need incentives such as those being offered by the bills.
Amendments:
A number of amendments to the original bills have already been approved. This has included giving the Casino Reinvestment Development Authority the right to manage noise in the Tourism District when levels reach and exceed what was previously acceptable by state noise laws.
The right for casinos to lease slot machines for a share in the revenue is also expected to see changes. However, most of the casinos in the city, with the exception of Resorts Casino Hotel, are against this idea, as they worry it will reduce their income or take away use of some of the newer machines.

Jeremy Miller is a writer and contributor for http://www.onlinecasino.co.nz, where he offers tips on playing responsibly.