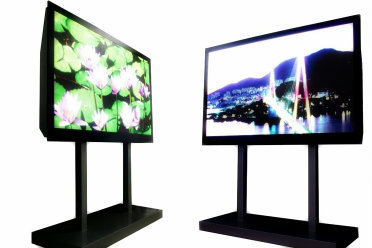 Earlier in February, the Creative Arts Entertainment Group, or CAEG, released the results of in-depth testing into the benefits and drawbacks of various LED and plasma TVs. This report showcases the challenges for today’s shoppers who are in the market for a new TV. The television has experienced an intense and fast evolution in technology, and today’s shoppers have so much to choose from. Before you choose your next TV, take some time to look at how the TV has evolved from the black and white box of the I Love Lucy days to the option for theater level, 3D entertainment right in your living room.

The Early Days
The television first came on the scene in 1922 with the thick, heavy, glass-screened cathode-ray tube TVs. Interestingly, these TVs were still on the market in the early 2000s, so this television has probably been part of your life since your childhood. The early models were black-and-white, and color technology came into being in the 1950s, the same decade that the first children’s television show, “Howdy Doody,” was released. That combination made the TV a staple in most homes. By 1967, most television programs were broadcast in color.
The Screens Get Larger
After color was added, the next evolution in the development of the television was the rise in popularity of big screen TVs. Since the 1970s, televisions with huge screens have been available, but these early models were extremely large and heavy, taking up most of the living room. This was also the time that rear projection technology became the go-to type of television. The picture was clearer with rear projection, but the televisions were still quite bulky.
Clarity Improves, Size Shrinks
Rear projection was slightly smaller in size than the tube TVs of the previous generation, but they were not the perfect solution as they were still quite heavy. Also, the picture, when blown up to a very large size, suffered. Thus, the development of liquid crystal on silicon, or LCoS, technology, came into being. These allowed for a high definition picture and a slimmer profile, but the problem of the heaviness was still weighing down purchasers.
The Rise of Plasma
The plasma TV was first introduced in 1997, but it wasn’t until late 2007 that the slim TVs became more mainstream. The slim profile of these TVs made them popular, but they carried a heavy price tag that prevented the average consumer from getting one.
Enter LCD
In the 1990s, the LCD TV also hit the market. These TVs had a crisper image than the plasma counterparts, and also tended to have a lower price tag. The low price and high quality has made this the primary type of television in today’s households. LED technology has added to the benefits of LCD TVs to offer an even slimmer, sleek television.
3D TV – The Next Revolution
Today’s television buyer has yet another item to consider, and that is the 3D TV. No longer do you have to be relegated to the movie theater to enjoy a 3D viewing experience. Now, you can watch your favorite shows and movies at home on your own 3D TV, and the price on these pieces of technology has come down quite a bit in the last decade.
Today, the television has transformed from primarily a news and media outlet to the primary source of entertainment in today’s homes. As the CAEG report shows, the technology continues to improve, giving shoppers even more options as they head out in search of a new TV.
Joseph is a technology buff with a passion for writing. In his spare time, he enjoys blogging on behalf of Sears and other brands he uses.