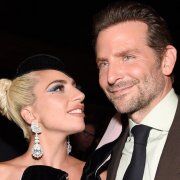 Timi Dakolo  is an amazing Nigerian born singer. He emerged as the overall winner of the inaugural season of Idols West Africa in 2007. With his victory, he got a recording contract with Sony BMG, in addition to other prizes.

Who is Timi Dakolo?

Timi Dakolo was born in Accra, Ghana to a Nigerian father, Bayelsa-native David and a Ghanaian mother, Norah, who died when Dakolo was thirteen years of age. Despite being born in Ghana, Timi has a Nigerian passport and does not claim dual citizenship. His grandmother Ateni Dakolo and his aunty Susan Larry, who lived in Port Harcourt raised him, and he credits her as his early singing teacher. So deep was their relationship that Timi declined an offer to move to Lagos with his parents, opting to stay back in Port-harcourt with his grandmother.

Timi started singing in church at the age of twelve. In 2003 he joined the singing group Purple Love as a founding member. They dominated the Port Harcourt club circuit, but disbanded in 2005 as all its members had gained admission into the University of Port Harcourt. Around that same period, Timi won a local talent hunt contest G.E FACTO held in Port Harcourt.

In 2006, Dakolo auditioned for reality show Idols West Africa in Calabar. His songs of choice were Commissioned’s More Than I and Lemar’s Time to Grow. His vocals impressed the judges, and he was seen as a contender for the prize. A week before the viewing of the Top 24 performances, Dakolo received the news that his grandmother had died.

Dakolo first auditioned in Calabar, Cross River State of Nigeria with Commissioned More Than I and Lemar’s Time to Grow.  While in the competition, Timi Dakolo was never in the bottom 3. In the final three weeks of the competition it was revealed by the producers of the show that Timi had the highest number of votes each of those weeks.

While in the competition, Timi’s grandmother died, a week before the viewing of the Top 24 performances. This was a big emotional blow to him. At that time, he turned to his Christian faith for strength to pull through in the competition. Before going to Idols West Africa, Timi was a student of Communication Studies in the University of Port Harcourt.

After winning Idol West Africa in 2007, on January 1, 2008, on New Year’s Day, Timi Dakolo was shot at the lobby of the Presidential Hotel in Port Harcourt. He had gone to the hotel to attend a church service in the company of his friends. The attack was a random act of violence by a faction of Niger Delta militants and did not target Timi.

Although a hotel security guard was murdered in the attack, Timi escaped with a flesh wound, was rushed to the hospital, treated and discharged on the same day.

In 2011, he released the song “There’s a Cry”. The music video was filmed in Nigeria. He is currently signed with Lone Records/Now Muzik.

Timi Dakolo is one of the Judges on The Voice Nigeria.

He married his sweetheart, Busola Dakolo (nee Amupitan) in 2010. They have three children.

Busola Dakolo, a photographer and wife of musician, Timi Dakolo, has accused the founder of Commonwealth of Zion Assembly, Pastor Abiodun Fatoyinbo, of rape.

Mrs. Dakolo is the second high profile person after Ese Walter to accuse Fatoyinbo of rape.

The photographer said some years ago, while she was still below the age of 18, the pastor allegedly visited her parents’ home when no one was in the house and allegedly raped her.

She said this during an interview with Y!Naija.

Mrs. Dakolo alleged, “We were living in a duplex at the time. The gate is usually open and people would just knock on the living room door and we would open. My mum had travelled with my sister and it was just my other sister in the house. The house was so big that if you were upstairs, you would not know what is happening downstairs.

“Someone knocked on the door around 6.30am or 7:00 a.m. It was pretty early, I was still in my nightgown. I asked who it was and he said Pastor Biodun. I was wondering what he was doing in our house so early.

She said, “He was already married at that time and his wife had just given birth to a baby”

Timi Dakolo’s estimated Net Worth, Salary, Income, Cars, Lifestyles & much more details has been updated below. Let’s check, How Rich is Timi Dakolo in 2018?

According to Wikipedia, Forbes & Various Online resource, Timi Dakolo’s estimated net worth Under Review. You may check previous years net worth, salary & much more from below.