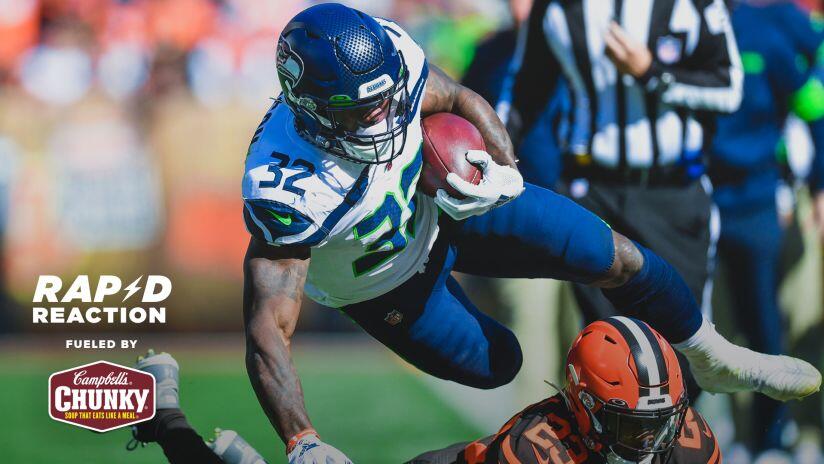 The Seahawks improved to 5-1, and are now 3-0 on the road for the first time since 1980. Here are five rapid reactions to a wild, back-and-forth Seahawks victory..

1. Russell Wilson was great… again. And so was Chris Carson.

Yes, it seems like we’re saying this about Seattle’s quarterback every week, but that’s because Russell Wilson just continues to stack up big game after big game.

On a windy day that could have made for difficult passing conditions, Wilson still completed 23 of 33 passes for 295 yards, two touchdowns and a 117.7 passer rating, making Wilson just the fourth quarterback in NFL history to record a 100+ passer rating in each of the first six games to start a season (Aaron Rodgers, 12 games, 2011; Tom Brady, 8 games, 2007; Carson Palmer, 6 games, 2005). Wilson also rushed for 31 yards, including a 16-yard touchdown scramble. 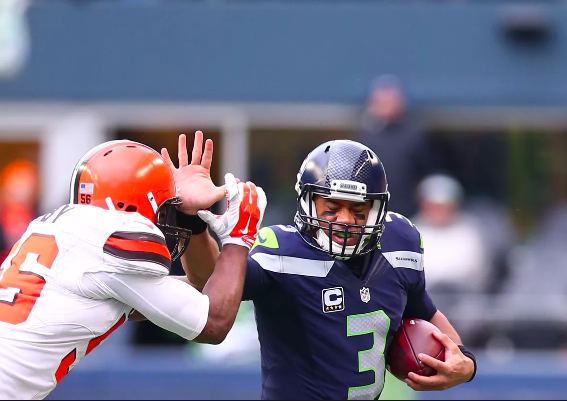 Helping lead the charge on offense was Chris Carson, who rushed for 124 yards and a touchdown, giving him three straight 100-yard games. Carson also caught four passes for 35 more yards.

2. The defense made a ton of big plays after some early struggles.

It looked like it was going to be a rough day for Seattle’s defense after the Browns scored touchdowns on their first three possessions, albeit the first one was aided by a long kick return. But after those early struggles, the defense kept coming up with big plays and stops as the offense chipped away at the lead.

After the Browns’ third touchdown, the Seahawks defense got a three-and-out the next time it was on the field, which was followed by a blocked punt. The Seahawks then got interceptions out of Tre Flowers, Tedric Thompson and K.J. Wright, a forced fumble by Ziggy Ansah, which he also recovered, and a big goal-line stand.

The Browns did finally get in the end zone again on a short field set up by a short punt, but overall it was a very impressive turnaround for Seattle’s defense.

And while he didn’t get credit for a takeaway, cornerback Shaquill Griffin deserves a mention for another very strong game, one that included multiple pass breakups, including one in the end zone that was intercepted by Thompson.

3. The offensive line held its own despite some key absences.

The Seahawks played Sunday’s game without starting left tackle Duane Brown and right guard D.J. Fluker, who were both sidelined by injuries. Brown’s absence was particularly noteworthy because the Browns feature a defensive end, Myles Garrett, who had seven sacks coming into the game.

And while Garrett was indeed a problem at times, recording a pair of sacks, Seattle’s line held up pretty well overall, helping pave the way for Carson’s third straight 100-yard game while also giving Wilson time to throw for 295 yards and two scores.

4. DK Metcalf and Jaron Brown came through with some big plays.

Tyler Lockett was fantastic as usual for the Seahawks catching five passes for a team-high 75 yards, but in a game where tight end Will Dissly exited early with an injury, the Seahawks needed other pass-catchers to step up, and receivers DK Metcalf and Jaron Brown did exactly that.

It has been a somewhat quiet season for Brown thus far, as the receiver came into Sunday’s game with 8 catches for 116 yards in Seattle’s first five games.

On Sunday, however, Brown came through in a big way, scoring a pair of touchdowns on receptions of 17 and 6 yards. As was the case last season when Brown scored five touchdowns on 14 receptions, he made the most of his targets Sunday, scoring twice on three catches.

Metcalf, meanwhile, had 69 yards on four catches, including a great sideline grab on the fourth-quarter touchdown drive that allowed the Seahawks to take the lead for good, and another sideline catch on Seattle’s final possession that helped the Seahawks run out the clock.

While the Seahawks got a big positive play on special teams in the form of a David Moore blocked punt that led to an eventual field goal, some mistakes on special teams proved very costly. On the first play of the game, Browns return man Dontrell Hilliard took the opening kickoff 74 yards to give his team a short field that it would turn into a touchdown.

In the fourth quarter, the usually outstanding Michael Dickson mishit a punt from his own end zone that only went 23 yards, giving the Browns a short field that they would again turn into a touchdown. Throw in a missed extra point by Jason Myers, and the Seahawks cost themselves a lot of points in a close game.