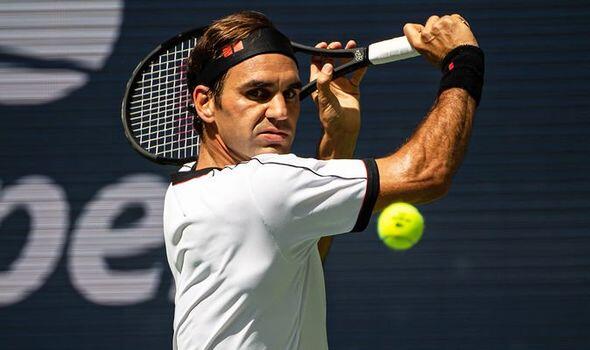 Who is Roger Federer?

Roger Federer is Switzerland born professional Tennis player, currently ranked world no 2 in men’s singles tennis by the Association of Tennis Professional (ATP). Federer has won 20 Grand Slam singles titles and has held the world no 1 position in the ATP ranking.

Roger Federer was born in Basel, Switzerland on August 8, 1981, and he is currently, 37 years old. His father’s name is Robert Federer and his mother’s name is Lynette Federer.

However, in 2003 he was ruled “unsuitable” and was subsequently not required to fulfill his military obligation. Instead, he served in the civil protection force and was required to pay 3% of his taxable income as an alternative.

Talking about Roger’s education history, He dropped out of school at the age of 16. There is no information about his educational achievements.

In the year 1998, Federer won the Wimbledon boys singles and doubles titles and turned into professional tennis players in the same year. Federer became the first Swiss man to win a Grand Slam title when he emerged victorious at Wimbledon in the year 2003.

He also won the singles championships at the Australian Open Wimbledon and the U.S. Open in the year 2006 and 2007.  In the year 2009, he beat Robin Soderling to win the French Open and complete the career, Grand Slam.

The year 2013 was a struggling period for him. He was beaten down by many players. He then lost in the semifinals of the U.S. Open in the year 2014 and won by Croatian Marian Cilic.

He set a new record winning his eighth Wimbledon title in a 6-3, 6-1, 6-4 defeat of Marin Cilic in the year 2017 in July. He again defeated Marin Cilic in the opening of January 2018. Altogether, Federer has won a record 20 Grand Slam singles.

Injured Roger Federer Lost to Grigor Dimitrov in US open

Federer battled gamely to win the match in four sets, and had three break points to go up 0-40, one point from squaring the match at 5-5. Dimitrov fought off all three break points, and then two more, holding in possibly the biggest game of his life, and securing the set, 6-4.

Immediately after, Federer called for the trainer and left the court for a medical timeout, the match delayed by nearly 10 minutes. When he came back, he was ill-equipped, betrayed by his usually impeccable forehand.

Federer said the treatment was to loosen up his upper back and neck, but he downplayed the extent of his injury.

“This is Grigor’s moment and not my body’s moment,” Federer said. “Grigor was able to put me away. I fought with what I had. That’s it. So it’s okay.”

Roger Federer is a married man.

He met Mirka Federer (Miroslava Vavrinec) back in the year 2000, at the Olympics in Sydney. Both of them were competing for their country Switzerland. Mirka is a former player of the Women’s Tennis Association, who got injured in one of the tournaments and so, she retired in 2002.

Mirka and Roger were in a relationship for 9 years until April 11, 2009, when they finally got married. On July 23, 2009, Mirka gave birth to the couple’s first pair of twin girls, Myla Rose and Charlene Riva, and then on May 6, 2014, she gave birth to another pair of twins, this time boys, named, Leo and Lenny.

The tennis star earns reported $70 million a year. Federer also earned a reported $71.5 million from 2016 to 2017, an impressive $65 million of which came from endorsements. And, as of this past year, the athlete earned a hefty $77.2 million altogether. He has an estimated net worth of around $450 million earned from his professional career.

Roger Federer has strongly denied recommendations that he has most effective come returned to the French Open to say goodbye. The 37-12 months-vintage will make his first look at Roland Garros seeing that 2015 subsequent week, prompting rumors that it’s far a farewell excursion beforehand of a planned retirement later this year. Federer, though, has positioned the file straight.

Another rumor is that Federer is simplest using the French Open as a heat up for Wimbledon after he struggled to final the pace at SW19 closing 12 months. And, while Federer doesn’t deny that’s a consideration, he does assert it’s a totally minor one.