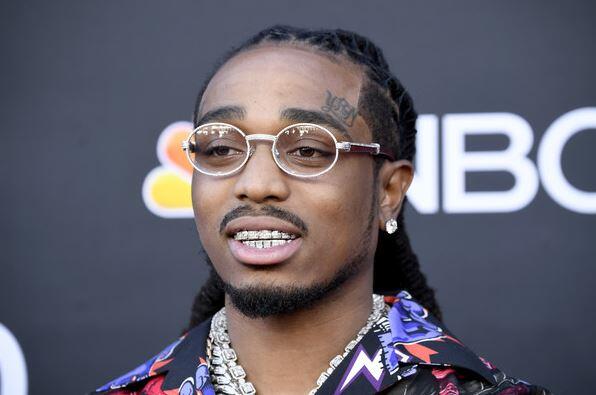 Quavo is an American rapper, singer, songwriter and record producer. He is the one-third of the hip-hop trio known as Migos. Migos are best known for their single “Versace,” released in 2013.

Quavo was born on April 2, 1991, in Atlanta, GA, the United States of America. His nationality is American and ethnicity is African.

Nothing much of relationship matter is known about Quavo. He was dragged into rumors regarding his dating relationship with Karrueche Tran.

Before that, he was said to have been in a relationship with Lira Galore. Galore is an American adult and glamor model. They reportedly started dating around the month of January in 2016. They eventually broke off after around a year of the relationship.

He attended ‘Berkmar High School Patriots’ in Lilburn, Georgia. During his school days, he used to play for his school football team as a quarterback. When he reached seventh grade, he knew that he had interest in hip-hop music. After that, Quavo, along with his cousin and nephew, began composing their own music and songs.

He was so passionate towards music that in order to pursue a career in music, Quavo dropped out from his senior year in high school.

He then began recording songs with ‘Takeoff’ and ‘Offset’ locally. They used to take their songs to various clubs and play. There, they would offer to pay the DJ’s drink if the DJ played one of their songs in the club.

Quavo formed the rap group ‘Migos’ along with ‘Takeoff’ and ‘Offset’ in 2009. In 2011, he released the group’s first ever mixtape called ‘Juug Season’. It was followed by another mixtape the next year titled ‘No Label’. However, his group didn’t acquire much fame until their breakthrough song ‘Versace’ was released in 2013. Without any promotion, the single went viral and occupied a spot on the US Billboard Hot 100 charts. As the song went on to became popular, Drake remixed it along with the trio and added it to his album. Soon after ‘Versace’ became a big hit, the trio went on to release another mixtape ‘Y.R.N’ or ‘Young Rich Niggas’.

Quavo released another mixtape in 2014. Titled ‘No Label II’, he suggested it to be a sequel to his earlier mixtape ‘No Label’. The tape was downloaded in great numbers immediately after its release. Just a month later, Quavo announced that the group had decided to release an album instead of another mixtape. Migos then signed a deal with ‘300 Entertainment’. In June 2013, the group released a single ‘Fight Night’. A major hit, the single was listed on ‘XXL’s 25 Best Songs of the Year’.

After around two years, in July 2015, their debut album finally was released. The delay was due to controversies regarding drug abuse. The lead single of the song ‘One Time’ hit radios before the album did, and received good reviews from music critics. Meanwhile, the album featured guest collaborations with various rap stars like ‘Chris Brown’ and ‘Young Thug’. At an interview following the success of his first album, he hinted about a second album that his crew had begun working on.

Quavo continued his work and released the mixtape called ‘Back to the Bandon’ even though Offset was imprisoned on account of the ‘Georgia Southern University incident.’ He also made a collaborated mixtape with rapper Young Thug in 2016, ‘MigoThuggin’. The same year, the lead single ‘Bad and Boujee,’ featuring rapper, Lil Uzi Vertfrom, his second album was played on radios. On 31st October the songs music video was broadcast.

On the January 18, Quavo released another mixtape ‘Young Rich Niggas 2’. His second album ‘Culture’ was launched on 27th January 2017. The album consists of a total of 13 tracks and received positive reviews from various music magazines. It has occupied top spots on almost all of the music charts worldwide.

Quavo: Salary and Net Worth

There is no information about her salary and net worth.

There are no any much significant rumors and controversies regarding him, except for a dating rumor with Karrueche Tran.

Quavo has the height of 5 feet 1o inches. His body weighs 74kf. He has black hair and dark brown eyes.