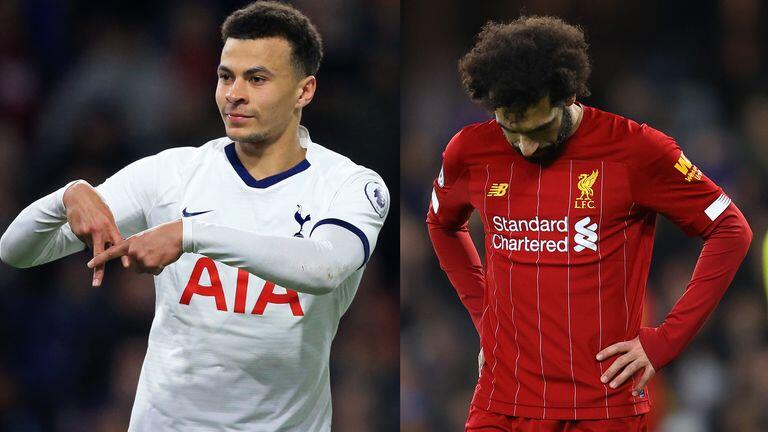 The clubs closer the top of the Premier League table took care of business on Saturday, with Manchester City, Leicester City and Chelsea all bagging three points.

After a bumper Saturday, with eight matches and many twists and turns, here’s the latest #PL table for your consideration… pic.twitter.com/iyjTrSGnGX

Here are the winners and losers from Saturday’s Premier League action.

Spurs returned from the international break with yet another poor showing, narrowly salvaging a draw against winless Watford.

Abdoulaye Doucoure gave the visitors an early lead, while Dele Alli tied things up late. Things could have gone even worse for Spurs, but the video assistant inexplicably denied the Hornets a clear penalty after Gerard Deulofeu was brought down in the box. The VAR also appeared to initially rule out Alli’s equaliser.

BBC Sport’s Garth Crooks was not satisfied with Pochettino after the contest:

Spurs have now won just one of their last seven matches across all competitions and have collected just 12 points from nine Premier League outings. Pochettino’s seat is getting hotter by the minute, with no signs of improvements on the horizon.

The Blues’ close win over Newcastle wasn’t pretty, but Frank Lampard and his troops won’t care one bit about how they picked up their third Premier League win in a row.

Chelsea continue to exceed expectations after a summer that was disrupted by a transfer ban and a somewhat slow start to the season. The youngsters are coming along well, and Lampard rightly pointed out his depth played a big role in Saturday’s win:

A top-four finish would be an impressive accomplishment for this young Chelsea team, and given their form and the growth of their youngsters, there’s no reason to believe they can’t hold on to their current position.

With a goal and an assist, Grealish was the driving force behind Aston Villa’s come-from-behind win over Brighton & Hove Albion.

Garth Crooks is not happy!

Do you agree with his Spurs rant? #bbcfootball pic.twitter.com/4ciOFe4vIG

According to Bleacher Report’s Sam Tighe, the 24-year-old routinely stands out from everyone else on the pitch with his strong performances:

The midfielder has long been linked with Tottenham, and according to Matt Hughes of The Times, the contract he signed last year includes a £45 million buyout clause.

He’s got bags of experience despite his young age and would present a great mid-season acquisition for a struggling club in desperate need of a boost. If Grealish keeps up this level of play, someone is going to trigger said clause in January.

The video assistant has had plenty of controversial moments already this season, but Saturday’s set of eight fixtures provided some of the worst examples we’ve seen so far.

Spurs had two decisions go in their favour, and neither appeared correct. Burnley had a seemingly legitimate goal disallowed, as did Aston Villa, while there was more than an air of controversy involving a penalty awarded to Wolves.

Then, in the late kick-off, Kevin De Bruyne did not see a booking despite kicking Cheikhou Kouyate in the face. In the second half, he was denied a clear penalty after a foul from Wilfried Zaha.

OptaJoe’s Duncan Alexander voiced his frustrations with the system:

The Premier League’s introduction of the VAR system has been rocky at best, and Saturday’s action was a new low.