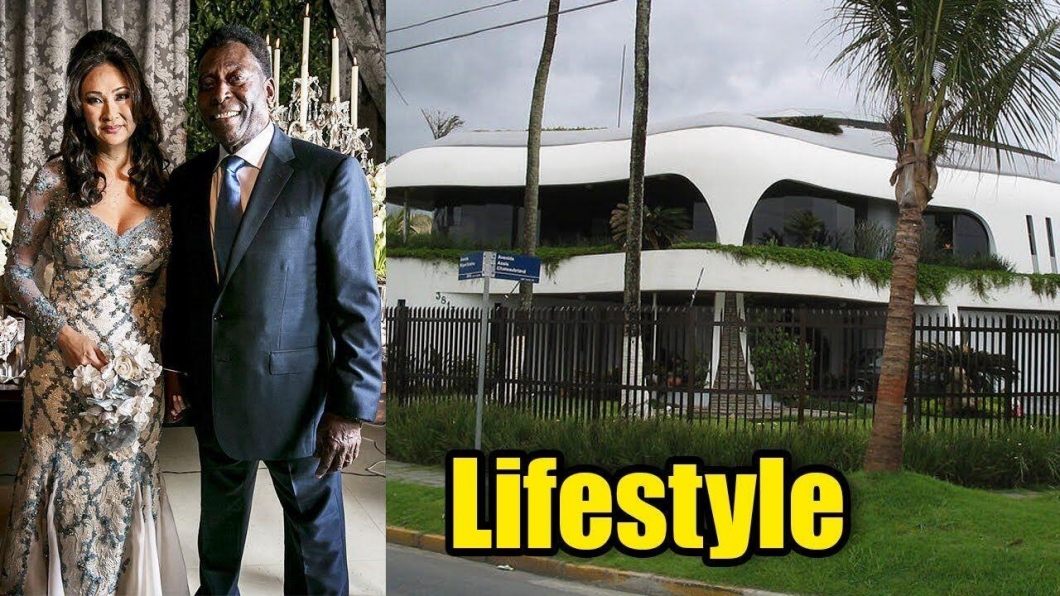 Pele is (real name is Edson Arantes do Nascimento) is the legendary professional Brazilian soccer player who played for the Santos and New York Cosmos clubs. He became the symbol of the generation of players in the 1950s and 1960s after winning the World Champion three times.

This record has not been beaten so far. The Football Federation and the International Olympic Committee named Pele the greatest athlete of the 20th century. Pele scored 1289 goals in 1363 games during his competitive career.

The future star of world football was born in 1940 in the small Brazilian town of Três Corações, located in the state of Minas Gerais. The footballer’s family was very poor, and the ball was, perhaps, the only available entertainment for children. The boy’s father, Dondinho, was a good player of the beautiful game in the past, and he was the first person to teach Edson the basic rules of football.

When the child was seven years old, Edson joined the local children team. There the boy received the famous nickname Pele. However, today the footballer does not remember the reason and the meaning of this nickname. The coach, seeing the fast small player, immediately put Pele in the line of attack.

A couple of years later, the former Brazilian player Waldemar de Brito headed the sports group. He told about the talented teenager to the coaches of the famous Santos club from São Paulo. Soon Pele signed the first professional contract and made his senior team debut at the age of 15.

Pele debuted as a professional football player in September 1956, when he was not 16 years old yet. Pele played against the great Brazilian footballers, the Corinthians club, and at the very beginning scored a goal. The outstanding player played for 19 years and scored almost 650 goals for Santos. Thus, Pele became the Champion 11 times, won the Cup 6 times and won at the international competitions.

After Santos Pele moved to the American club New York Cosmos. Pele’s transfer caused a sensation in the world, as European football was not popular in the USA at that time. But the King of Football (his nickname at that time) attracted fans to the stadiums. According to statistics, during the games of the Brazilian striker in America, the attendance of matches increased tenfold.

Experts have repeatedly tried to analyze Pele’s talent. As a result, researchers agree that the football player has had unusual natural abilities and an incredible desire to achieve results. Scientists do not doubt that the player had a natural endowment, but Pele also trained for several hours running with the ball and striking the ball after the teammates went home.

The Pele’s skills were sensational for that time. The football player alone could get past more than half of the opponents and do an outstanding corner kick. Pele scored this way more than once, and such a dribbling in the match against Fluminense led to the goal which was named the best goal in the century. There is even a plaque in honor of this event at the Maracanã stadium. Pele scored more than one thousand goals, playing for Santos, Cosmos and the Brazilian national team.

The popularity of the athlete was so fabulous that when the athlete wrote and published the book “Pele: The Autobiography”, those fellow football players, who could not read, began to learn to read the memoirs.

The Brazil government decided to use the wide popularity of the football player, and in the 1990s Pele was appointed to the position of Extraordinary Minister for Sport. Pele managed to proposed legislation to reduce corruption in Brazilian football, which became known as the “Pelé law.” Pele was also appointed a Goodwill Ambassador and spent a lot of effort and money to promote sports and a healthy lifestyle.

The man became a good businessman too. For example, the brand name of coffee Cafe Pele is known all over the world. Pele was a TV commentator, TV presenter and even a singer of copyright songs more than once. But after the sports career Pele became famous mainly as an actor.

Once, in a match in Senegal, the goalkeeper cried so much after I scored that he had to be substituted! He had lost a big bet! 🥅// Em uma partida em Senegal, eu lembro que o goleiro chorou tanto depois do gol que ele teve que ser substituído. Ele perdeu uma grande aposta! 🥅 pic.twitter.com/OXjeg8ApIj

Pele played himself in more than 50 movies. For example, these are the fantasy comedy O Barão Otelo no barato dos bilhões, the comic movie Os Trapalhões e o Rei do Futebol and the sports drama O Preço da Vitória. But there are a dozen movies where Pele played as a professional actor. They are the melodrama A Marcha, the crime drama Os Trombadinhas, the family movie A Minor Miracle, the military film Victory.

The biographical movie Pele: Birth of a Legend had a huge success. It tells about the childhood and youth of the famous player. This film was released in the spring of 2016.

The huge sensation was Pele’s words that his first sexual experience was with a homosexual when he was 14 years old. But the football player insists that at that time it was normal among teenagers. Later, the man never had this type of relationship again.

Pele married Rosemeri dos Reis Cholbi in 1966 and lived with his wife for 16 years. During this time, the family had three children, but only Edson Cholbi Nascimento or Edinho became a professional football player, the goalkeeper of Santos.

In 2014, Edinho was sentenced to 33 years in prison for the distribution of drugs and money laundering through drug trafficking. Edson did not plead guilty. In addition, the man began to appeal against the sentence. Edinho admitted that he actually used drugs, but the football player said that he neither sold nor participated in the sale of drugs or money laundering.

After the divorce, Pele began a long love affair with Brazilian singer and model Maria da Graça Meneghel, better known as Xuxa. They met when the girl was only 17 years old, and many believe that Pele helped her to get promotion in show business.

The footballer married in 1994 for the second time. The football player’s new wife was psychologist and gospel singer Assíria Lemos Seixas. They had twins, Joshua and Celeste. Nevertheless, they broke up after 14 years of marriage. In addition, the athlete has two more daughters from former affairs.

At the age of 73, Pele married Marcia Aoki. The woman is a Japanese-Brazilian importer of medical equipment to South America. Marcia is 30 years younger than her husband.

In 2016 Pele released his own song “Esperança” (Hope), which is dedicated to the Olympic Games. These Games were held in Rio de Janeiro and became the first Olympics held in South America.

“Esperança” is not the only song of the famous athlete. Pele has long been interested in music, recorded songs and even helped singer Elis Regina to record her album.

2017 brought sad news to the footballer. Edson Cholbi Nascimento, Pele’s son, turn himself into the police to be in jail for money laundering. Edinho was already convicted in 2014. The Court of Appeal changed the sentence on February 23, 2017. Instead of the 33 years, Edinho was sentenced to 12 years and 10 months in jail. The day after the verdict, Edinho arrived at the Santos police station to turn himself into the police.