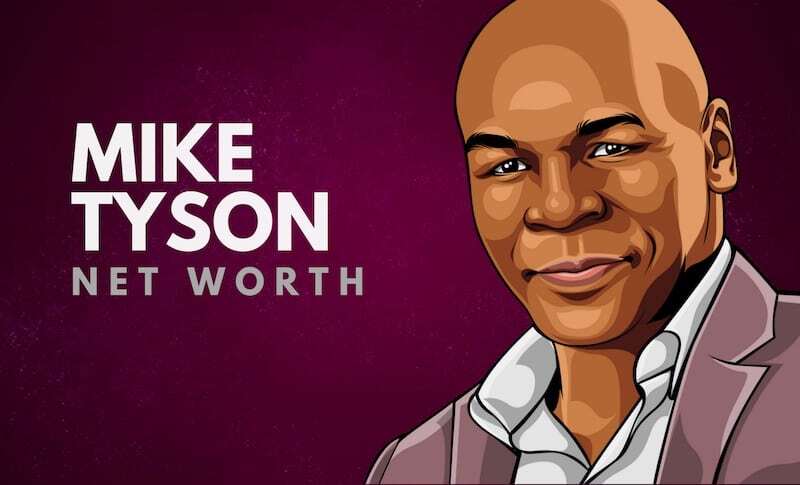 Who is Mike Tyson?

Mike Tyson, Full Name: Michael Gerard Tyson is a professional american boxer, born in June 1966 in one of the New York districts – Brownsville. His father’s name was Purcell Tyson, but he left his family when his son was not born. Michael was the youngest child. He had the eldest sister Denise and a brother Rodney. In his early childhood, Mike Tyson was very vulnerable. He was offended by his peers, courtyard boys and even his elder brother. He could not stand up for himself and often suffered because of this, coming home with bruises and without pocket money.

His only hobby (till this day) is pigeon breeding. Asmall Tyson could not answer his opponents, but managed to stand for his pigeons. One day a hooligan tore off the head of one of his bird before Mike’s eyes. The boy was so furious that he not only beat the offender, but he also managed to make everyone respect himself.

From that moment, Mike Tyson wasn’t offended again. Everyone was afraid of his anger attacks. When the boy grew older, he no longer resembled that vulnerable black boy who could be humiliated. 10-year-old Tyson was in a band of street robbers. Soon the police became interested in a teenager, and at the age of 13 he was imprisoned in approved school in New York.

The desire to become a boxer in Mike Tyson appeared at this school. Once, the legendary boxer Mohammed Ali came there. After talking to him, the boy first thought about sports career. After all, even then he won all the fights. About his desire, Tyson told his teacher Bobby Stewart, a former boxer. He set the guy the condition: to study well and to calm down. Mike agreed, and there were changes for the better.

Soon the most successful student of Stuart Mike Tyson surpassed his teacher. To continue improving the talent of the young athlete, Bobby sent the guy to another coach. It was the famous Kas D’Amato. After the death of Tyson’s mother, he took custody of Mike and practically adopted him, taking him to live in his house.

Mike Tyson’s sports biography began when he was 15. His debut took place at the New York club “Holyoke”, where he received the nickname “Tank”. The pressure of young Tyson could stand almost no one: in 1981, out of 6 fights, “Tank” lost only one. The following year, Mike Tyson fought in the junior category of the Olympic Games. He managed to win the first opponent in 8 seconds. The final was brilliant: Tyson knocked out Joe Cortez in few seconds. That year, the young boxer had 30 fights; only 6 of them were lost.

In 1984, the athlete was among the candidates for the Olympic team in America. After a series of fights, he should have participated in the Olympic Games in Los Angeles. Mike Tyson confidently went to the end of his amateur career. In the 1st round, he knocked out Henry Milligan, becoming the leader in the heavyweight division and earning the Golden Gloves. Tyson was the winner, but he did not go to the Olympics, losing to his opponent Henry Tillman in the qualifying competition with a score 3-2. The fans didn’t like the referee’s decision to give victory to the weaker Tillman, believing that Tyson simply was not admitted to the Olympics for aggressive behavior and a tough style of play.

Kas D’Amato did not let the young boxer be depressed after this unfortunate defeat. He was training Tyson for a professional career. For this, the famous managers Bill Kayton and Jim Jacobs were invited. In March 1985, Tyson made his professional debut. His first rival was Hector Mercedes. Mike easily won him in the first round. In January of the same year, the athlete met in the ring with another worthy opponent – Mike Jameson.

He was the first who could fight against Tyson till the 5th round. Then there were Jesse Ferguson, Steve Zoski, James Tillis and others. For a year, Mike Tyson won 15 fights against strong and professional opponents, beating them all with knockouts. The black boxer chose an unusual image: he went out into the ring in black shorts, and wore his boxers on bare feet.

In November of successful for Mike Tyson 1985, a misfortune happened: 77-year-old Kas D’Amato died from pneumonia. For Tyson, it was a huge loss: Kas was not only his coach, but almost a father for a young boxer. The new coach was Kevin Rooney. Managers Jacobs and Keithon, hired for Tyson D’Amato, continued to work with Mike.

A year later, in November, 20-year-old Mike Tyson had the first championship fight. Trevor Berbick, his rival, already had the title – he became the WBC champion 5 months before the fight with Tyson. Nevertheless, the young boxer defeated him in the second round. The victory over the next opponent James “The Bonecrusher” Smith was for Mike Tyson not easy. But the athlete managed to get the 2nd champion belt to his collection. In August of the same year, Tyson defeated Tony Tucker and earned the title of absolute world champion in heavyweight.

In 1988, the “Iron Mike” dismissed his entire team and fired Kevin Rooney. Tyson was noticed in bars and pubs. As a consequence there was a defeat in the 10th round of the battle with James “The Bonecrusher” Douglas in Japan in February 1990. After the unfortunate defeat, Mike Tyson got into the clinic.

Return to the ring

In 1995, the “Iron Mike” returned to professional boxing. This return was called the event of the year. Tyson changed the style of his fight. As before, very few people could resist him, but the athlete’s endurance in the second half of the game has now dropped significantly.

In 1996, there was a championship fight between the “Iron Mike” and Frank Bruno. After this fight, the WBC title went to Tyson. In September of the same year, Tyson had a fight against world champion Bruce Seldon. Tyson won the WBA title, after that he was recognized as a three-time world champion. This fight brought the athlete 25 million dollars.

In autumn of 1996, Tyson fought against Evander Holyfield. This fight was recognized as a battle of the year according to the version of the “Ring”. The fight brought the boxer $ 30 million, his opponent got 5 million. In summer, Tyson and Holyfield met again. In one of the rounds, Tyson bit off Evander’s ear. In response, Holyfield hit the opponent with his head on the brow. The scuffle began. The guards and the police had to stop it. As a result, Tyson was disqualified. The Athletic Commission took away his boxing license and fined for $ 3 million. But already in October 1998 the license was returned.

Finish of the career

From this moment, Mike Tyson’s career has declined. The athlete was training less, participated only in the most rating battles. He still won, but chose not the strongest opponents. In winter of 1999, Mike Tyson almost lost the fight against South African Francois Botha, underestimating his rival.

In autumn of 2000, Mike Tyson fought against Andrzej Golota, knocked him down in the 1st round. But soon the results of the doping test of the legendary boxer showed in his blood marijuana. The fight was declared invalid.

In summer of 2002, Mike Tyson and Lennox Lewis met in the ring. This fight was the most profitable in the history of boxing, collecting 106.9 million dollars. Tyson was ill prepared for the fight, so from the third round began to lose, and in the 4th round he lost. In the 5th round, Tyson almost did not defend himself, and in the 8th he was knocked down.

In June 2005, Mike Tyson met in the ring with the little-known Irish boxer Kevin McBride. Of course, the fans put on Tyson. But in the 5th round Mike Tyson began to show fatigue, and in the 6th he sat on the floor and refused to participate in the 7th round. After this fight, Mike Tyson announced that he decided to end his career.

The personal life of Mike Tyson is as stormy as his career. The first wife of the boxer was the actress Robin Givens. They got married in 1988, but this marriage lasted only 1 year. After the divorce, the ex-wife received $ 10 million from Mike.

In 1991, after visiting beauty contest for black participants, Tyson was accused of raping one of them – Desiree Washington. Despite the fact that the girl came to his room, she subsequently announced about raping. Tyson was sentenced to 6 years in prison. He was released in spring of 1995 for good behavior. In prison, Mike Tyson accepted Islam.

After a long break, Tyson again decided to marry only in 1997. His wife was Monica Turner, who worked as a pediatrician at the clinic at the University of Georgetown. Together, the couple lived for 6 years. In this marriage, the daughter Raina and the son Amir were born. But in 2003, Monica decided to divorce Mike because of his betrayal.

As it turned out, the woman was not mistaken: in 2002 the mistress of Mike Tyson gave birth to his son Miguel Leon. After the divorce, the boxer began to live with his mistress, who in 2005 gave birth to his daughter Exodus. The girl died tragically when she was 4 years old. In June 2009, 42-year-old Mike Tyson married again. His third wife was 32-year-old Lakia Spicer. In January 2011, the couple had a son. In addition to official children, the boxer has two illegitimate children.