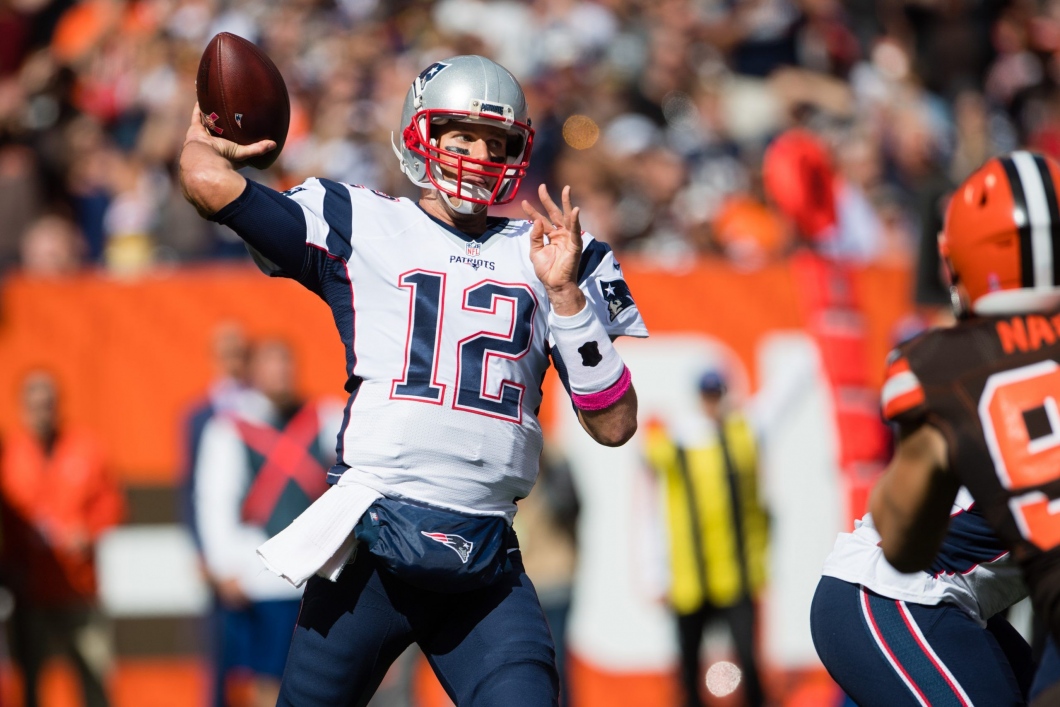 Patriots Winning games at the NFL has become regular for tom and his team As the New England Patriots were able to defeat the Cleveland Browns, 27-13, at Gillette Stadium to move to 8-0 on the season, Bill Belichick earned the 300th win of his head coaching career. Now he stands alongside George Halas (324) and Don Shula (347) as the only head coaches to reach the 300-win mark.

A special game ball presentation in honor of 300. pic.twitter.com/gmEqlk3JXn

“It’s a great privilege to coach this team and to coach the guys that I’ve coached throughout my career,” the head coach said postgame. “Fortunately, I didn’t play in any of those games. That’s a good thing for us, but I’ve had a lot of good players, a lot of great players and they are the ones that win the games.

Had a lot of great assistant coaches on my staff through wins at Cleveland and certainly here. I was a part of those, but honestly players win games in this league and fortunately I coached a lot of great ones.”

In an odd twist of fate, Belichick was able to get No. 300 in similar circumstances to how he got his first. Back in September 1991, he was the first-year head coach of the Browns and traveled up to Foxborough Stadium to hand the Patriots a 20-0 loss. That saw Belichick land in the win column for the first time in his career and at the expense of the team that he’d later help turn into a dynasty.

Of course, Belichick’s tenure with Cleveland wasn’t as fruitful as it’s been in New England, as the Browns famously fired him on Valentine’s Day in 1996. Once Belichick came back into the head coaching circuit in 2000 with the Pats, it was essentially off to the races. The Belichick dynasty has lasted for nearly 20 years and brought six Super Bowl titles to the Patriots.

“You know, it’s amazing to think that he coached for another place and they didn’t think he was good enough, and then he comes here and does a great job,” Tom Brady said of Belichick’s milestone.

“He’s had a big influence on me,” he continued. “All the things I think he really preaches to us as a player is what we get out of him as a coach. His consistency, dependability, trust, confidence — all those things over a long period of time really adds up. So, he’s just a very stable figure when he gets up and speaks to us. It’s about trying to win games, and I think we all appreciate that.”

While Brady has had a front-row seat and has really been a co-pilot through this Hall of Fame career of Belichick, this accolade has Patriots players that have only been in and around the system for a few seasons in awe.

“It’s amazing,” Phillip Dorsett said. “I’m just so blessed a part of it even if it’s just a small 2-3 seasons. I’m so grateful to be a part of it and to be coached by him. To be able to be here and say that I played for the New England Patriots during the Bill Belichick era, Tom Brady, I’m living the dream.”

Belichick already has more Super Bowl titles (6) than any other head coach in NFLhistory and is one of just three coaches with six total championships. One of the main things that is required to win at such a historic clip is a short memory, which at age 67 and with 300 wins under his belt, Bill Belichick still has.