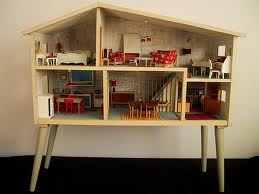 It might not seem like dolls — especially fashion dolls like the Monster High Dolls – have life lessons to tech kids. And when you’re in the toy aisle looking at kids dolls, these dolls — which look like goth versions of Bratz — may not seem like the best pick for girly girls. Yet there’s more to these spooky dolls than meets the eye, which makes Monster High a great gift for your young child that may also function as a self-esteem booster.
Monster High Message
Getting past the doll’s strange appearance, there is a message that we are all unique and that is a good thing. Sure, the dolls look strange. One has greenish-blue skin, another one has pasty white skin and another one wears animal ears. You may not want your daughter dressing like the dolls, but in an age where young girls receive constant pressure to look a certain way, the message that it’s okay to be different can be invaluable.
None of the Monster High dolls look like each other, yet they are all friends and they are all accepting of one another. Another plus: These dolls don’t look like cookie-cutter Barbies. They don’t have the dangerously skinny figure that makes Barbie infamous. Instead, the dolls come in a hue of skin tones. Collect them all and your daughter has toys of every spectrum, which offers a subtle lesson about diversity and inclusion. Because the dolls are monsters, they’re not conventionally beautiful — another self-esteem lesson that will make those tween year easier.
Monster High Origin
Like many of the dolls popular with kids, Monster High dolls come from a cartoon: Cartoon animals that mix horror and sci-fi tropes in a high school meant for monsters. The first episode tackles tolerance and difference when two high schools — one for vampires and one for werewolves — must integrate peacefully. Take that, Teams Jacob and Edward! While episodes features life lessons of tolerance, they’re not sickeningly kumbaya.
Monster High touts itself on diversity not just in appearance, but social standing: The show features a rotating cast of jocks and pretty girls, but also has nerdy monsters and outcasts. The monsters speak in different voices, another nod to diversity. Expansion packs and special editions feature aquatic sports, roller derby, Halloween and other content. It’s nice to see physical activity being promoted in an age where Americans face epidemic childhood obesity. Whether or not your child is an athlete, seeing her favorite dolls being competitive might make her more receptive to team sports.
Series dolls include the following:

Give these dolls a try and you just might be surprised at the positive messages your child can take away from playing with monsters. Diversity, inclusion and body acceptance are all worthwhile lessons to learn and can be challenging for Moms to teach when kid reach the tween and teen years. Let Monster High do some of the hard work for you now and your daughter will be better prepared for middle and high school.