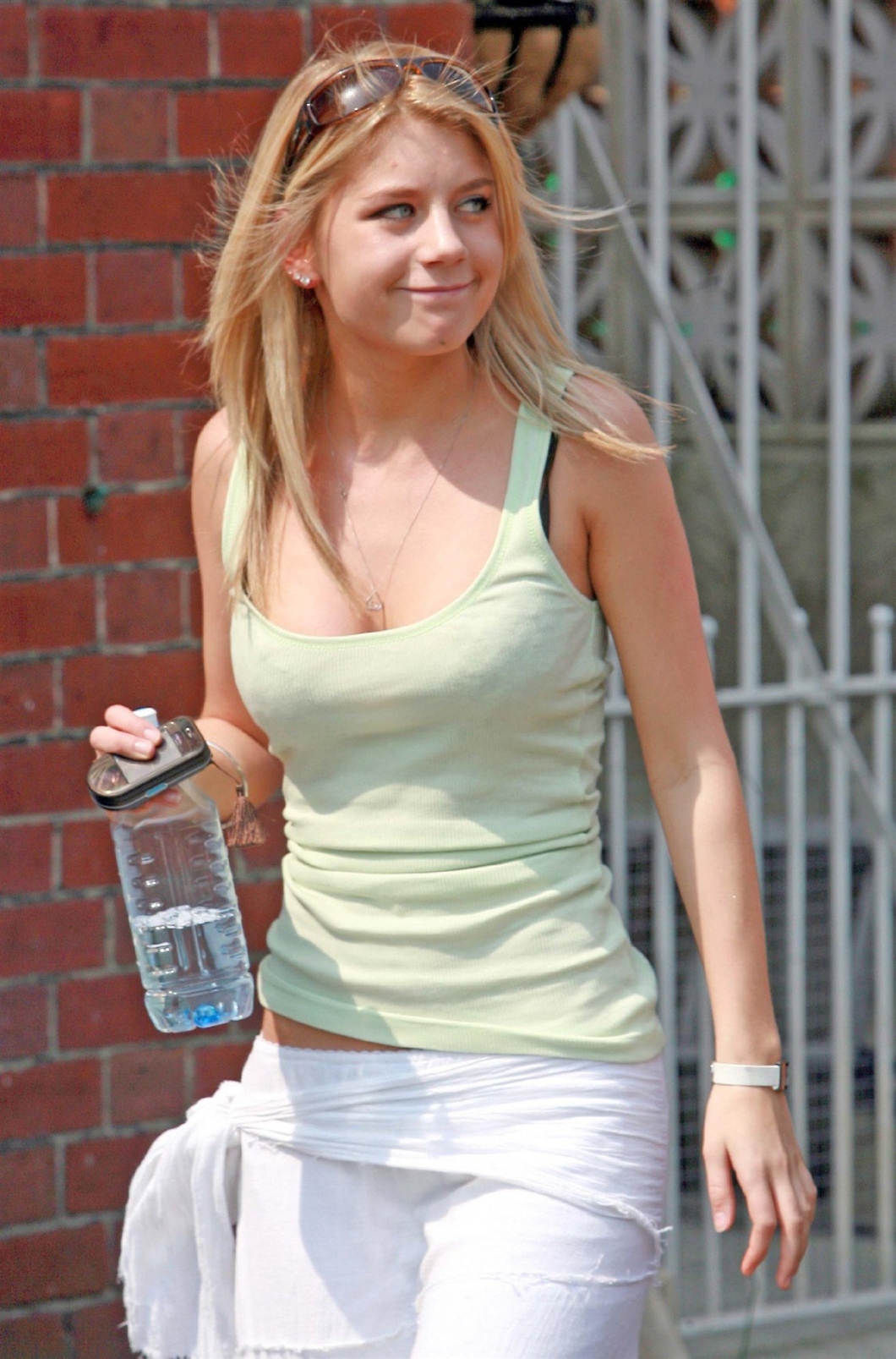 Melanie Slade is the girlfriend of Arsenal footballer Theo Walcott and the latest addition to the real “Footballer’s Wives” stable. She first met the England squad member outside the shop where she worked at West Quay shopping mall in Southampton. Melanie was outside with a basket in her hand when Walcott’s friend announced “the basket is for phone numbers”.
Cheeky Theo scribbled his mobile number on a scrap of paper and tossed it into Mels basket and his friend did the same. The romance had begun and Melanie Slade and Theo Walcott have been an item ever since.
Walcott said they are not a typical “footballer couple” and would not let the media attention affect them. He said: “We haven’t been to any footballer parties at all. We’re not people who like to party.”
Walcott has told the media he and Melanie made a bet as to who could pass their driving test first and Melanie won, as Theo failed his first test and Melanie passed hers at the first time of asking.
There were no hard feelings on losing the bet and Theo spent £20,000 on a white VW Beetle for Melanie, affectionately known by as the ‘Love Bug’. Theo even registered the private number plate T4M symbolising ‘Theo for Melanie’ for his girlfriend.
Melanie shot into the media limelight when 17-year-old boyfriend Theo became a shock selection for England’s 2006 FIFA World Cup squad even though he had not featured in club Arsenal’s Premiership campaign and manager Sven Goran-Eriksson hadn’t seen him play.
Melanie has since become a firm tabloid favourite and there was little surprise when in May, a leading UK tabloid newspaper reportedly offered her £160,000 for a topless photo shoot. She accepted the offer and appeared topless in the newspaper although she did preserve her modesty by covering up with her hands.
She is using her new found status to support the 2006 Race for Life event organised by Cancer Research UK but has also asked for privacy whilst she revises for her exams.
Melanie is also the daughter of a now locally famous man. Her father, John Slade, recently became the 784th mayor of Southampton at a ceremony at the city’s Guild Hall.However, she missed the ceremony as she had jetted off to Portugal to join Theo’s World Cup preparations.
Melanie has stated she will not make any further decisions about the various media offers she has received until after the World Cup, although she could be a permanent fixture in print and on screen over the next 12 months.